A Thesis Defense by Sharon Hsu

Sharon's love for the ocean started at a young age. She grew up playing in the tidepools and she has never lived far from the water. Sharon received her B.S. in Ecology, Behavior, and Evolution from UC San Diego, and then spent a number of years working abroad, first as a Peace Corps volunteer in the Republic of Vanuatu and later as a project coordinator for a sea turtle conservation group in Costa Rica and volunteer coordinator for various conservation projects. Her research interests include reproductive energetics of sea turtles and the use of stable isotopes to understand migration and foraging patterns. Sharon is currently working on establishing a collaborative project with biologists from Costa Rica. 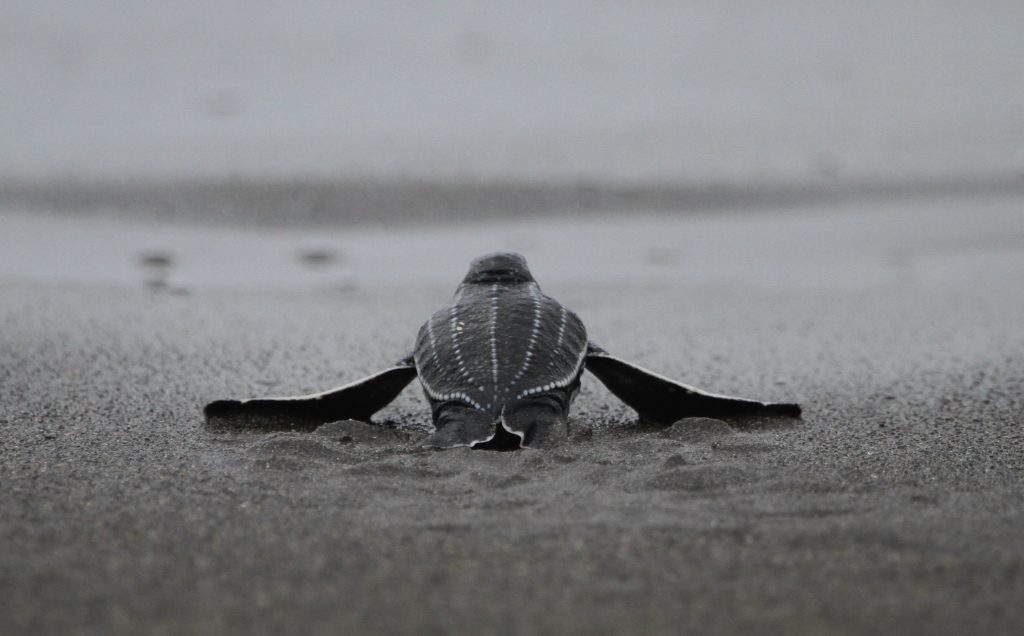 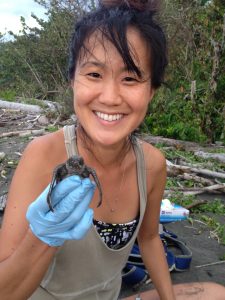 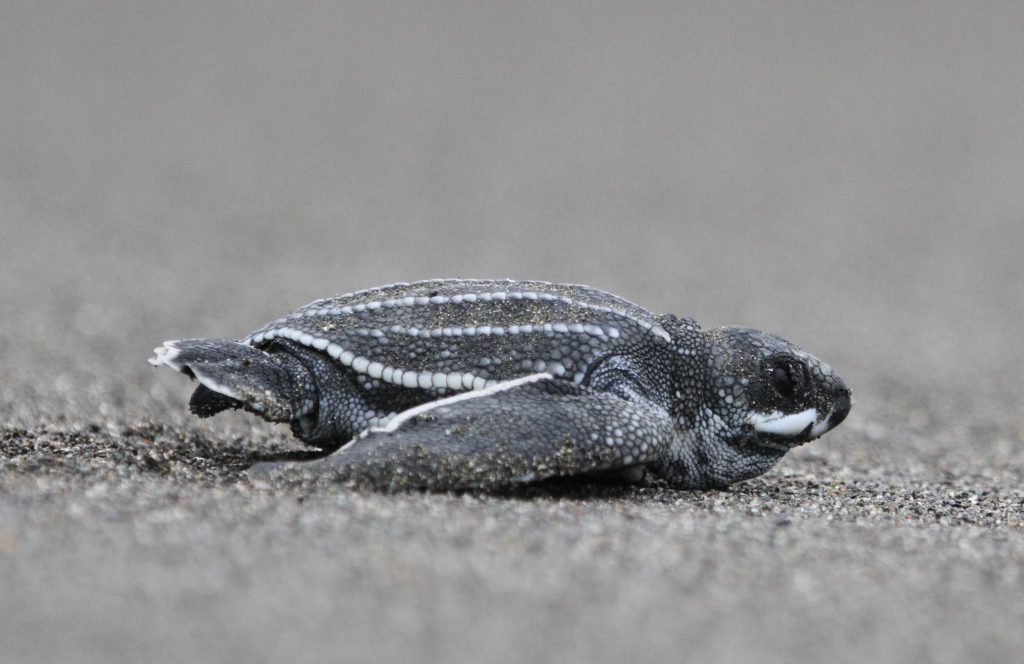 Reproductive output has long been linked to habitat quality and resource availability. Individuals foraging in high-quality habitats with high resource availability will have better body conditions and higher survival rates, as well as greater reproductive output. Post-nesting, Western Caribbean leatherback turtles are known to migrate to at least two foraging regions: the western North Atlantic and Gulf of Mexico. This study had three objectives: [1] conduct a comprehensive review of existing stable isotope data and create a map of isotope values, or “isoscapes” to use as a reference for the western North Atlantic and Gulf of Mexico; [2] use stable isotope analysis (SIA) to examine bulk skin stable carbon and stable nitrogen as indicators of foraging region for nesting turtles in Parismina, Costa Rica; and [3] assess the differences of foraging region on female body size and reproductive output. Synthesized isoscapes showed substantial variation between taxa and sampling regions. Specifically for leatherbacks, stable carbon values were higher in the Gulf of Mexico than the western North Atlantic, but no other consistent trends were distinguishable. It was not possible to infer foraging region for skin samples collected in Parismina based on stable isotope values, nor was there a relationship between stable carbon values and reproductive output. This study highlighted the need for more stable isotope data and longer-term reproductive data collection. Although I was unable to validate it as a primary technique to study leatherback movements between nesting and foraging grounds, SIA still holds important conservation value for leatherbacks in conjunction with satellite tracking.