A Thesis Defense by Steven Cunningham

Steven is a master's student under Dr. Michael Graham in the Phycology lab at MLML. Prior to MLML Steven obtained his bachelors in science at Humboldt State University. Steven also has three Associate degrees from College of the Redwoods in science, science exploration, and university studies. After completing his bachelor's degree, Steven volunteered at the RC lab at UCSC working on kelp forest ecosystem models and eventually became a scientific diver for the Partnership of Interdisciplinary Studies of Coastal Oceans (PISCO). Currently Steven works as a research technician at MLML's nutrient lab. 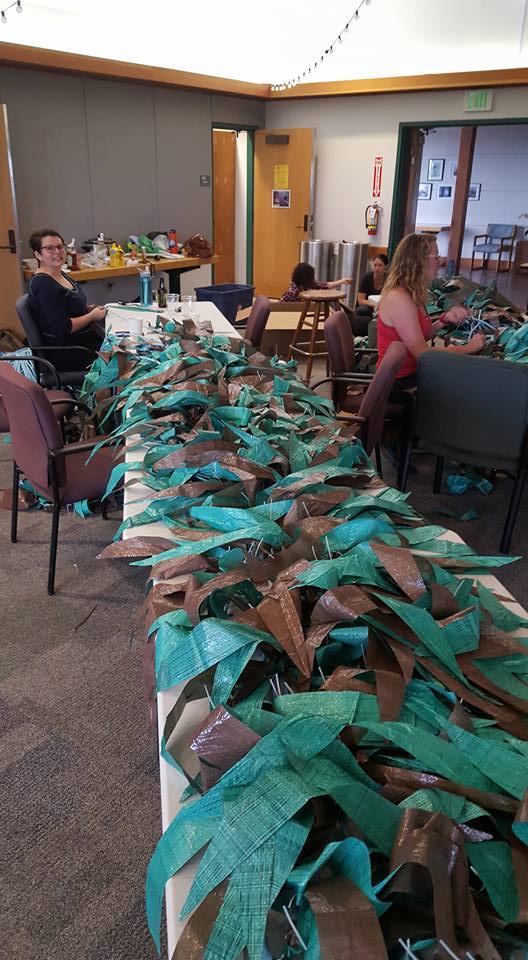 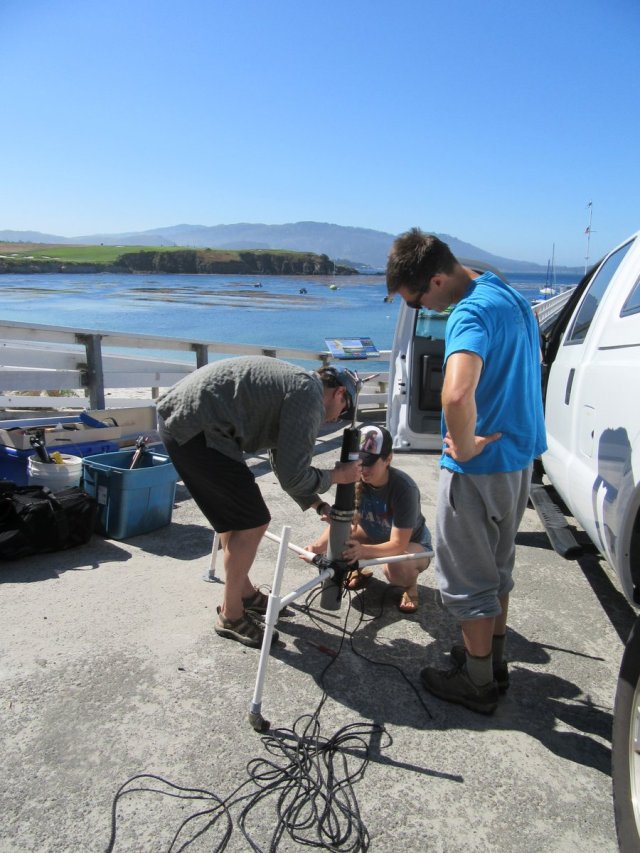 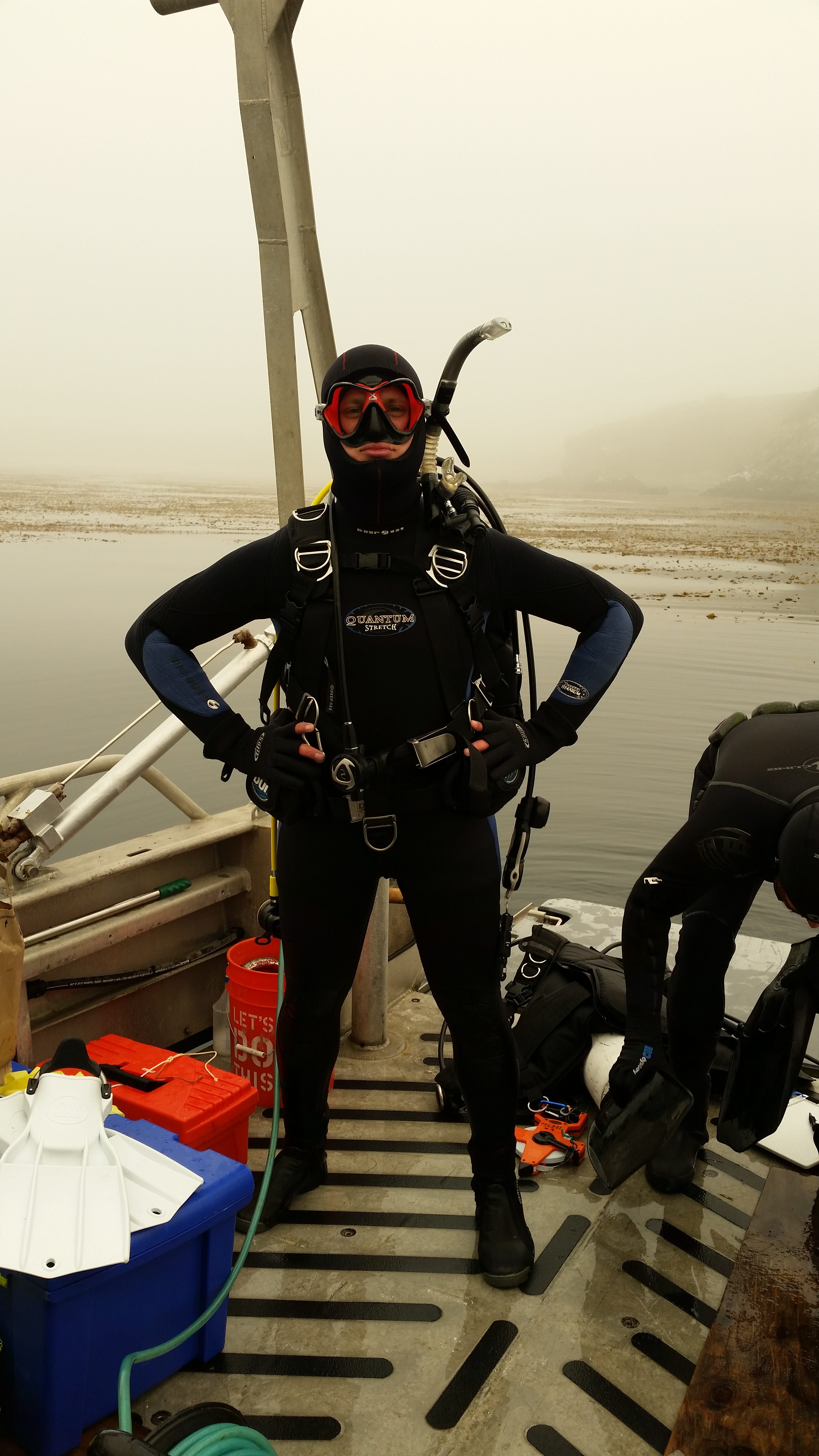 The giant kelp (Macrocystis pyrifera) is a well-studied foundation species that builds complex biogenic habitat and contributes fixed carbon to the base of food webs. Kelp forest systems are some of the most productive ecosystems in the world and can sustain high levels of species richness and abundance. It has long been debated whether these systems are rich due to the (1) complex habitat structure of the giant kelp or (2) the kelp’s high growth rates that provide an abundance of food for primary consumers. Giant kelp modifies its environment by creating shade with it’s surface canopy, slowing currents by surface drag, and adding habitat stratified through the water column. It has been debated if giant kelp or phytoplankton are more important to the stability of the food webs within kelp forest systems. Many studies have attempted to validate the importance of giant kelp to the associated community by kelp removal experiments, which are unable to separate physical from biological effects of kelp. I expand upon these studies here by creating artificial Macrocystis plots and measuring variables that are typically overlooked in kelp removal experiments such as, currents, POC/ PON, particle size distribution, temperature, turbidity, fluorescence, and phytoplankton concentration and carbon contribution. Three kelp beds were analyzed in Stillwater Cove, CA between June – October 2016. A randomized block design was used to test the differences in the measured variables among depth and treatments; control kelp, artificial kelp, and removed kelp. Each circular treatment plot was 10m in diameter and variables were measured weekly within blocks before (n=180) and after treatment (n = 216). There was no difference in POC/PON between control and kelp cleared treatments, indicating that a 10m plot is insufficient at reducing the ambient POC/PON. There was also no indication that the increased light in kelp cleared treatments increased phytoplankton concentrations to subsidize the missing kelp POC input, and the phytoplankton standing crop contributed very little (< 3%) to the standing POC pool. Particulates and POC/ PON were well mixed throughout kelp beds and clearings, with no benthic accumulation observed. Currents increased in speed within kelp removed plots, the velocity was still too slow for turbulent shearing. A subsequent dye tracing experiment with an acoustic doppler velocimeter showed that higher wave frequencies associated with turbulent shedding had higher energy levels within kelp beds compared to outside, and vertical velocities had higher variance within beds than outside. Furthermore, benthic dye release experiments showed that dye flowed further up in the water column inside kelp beds than outside and that dye detection duration was dependent on the presence of giant kelp and increased water velocities. These results indicate that waves have a higher impact on vertical mixing within kelp beds than currents within Stillwater Cove. Mixing in kelp beds blends particulates evenly through the water column and removal plots have no impact on total POC/PON but may change particle distribution.