A Thesis Defense by Gammon Koval 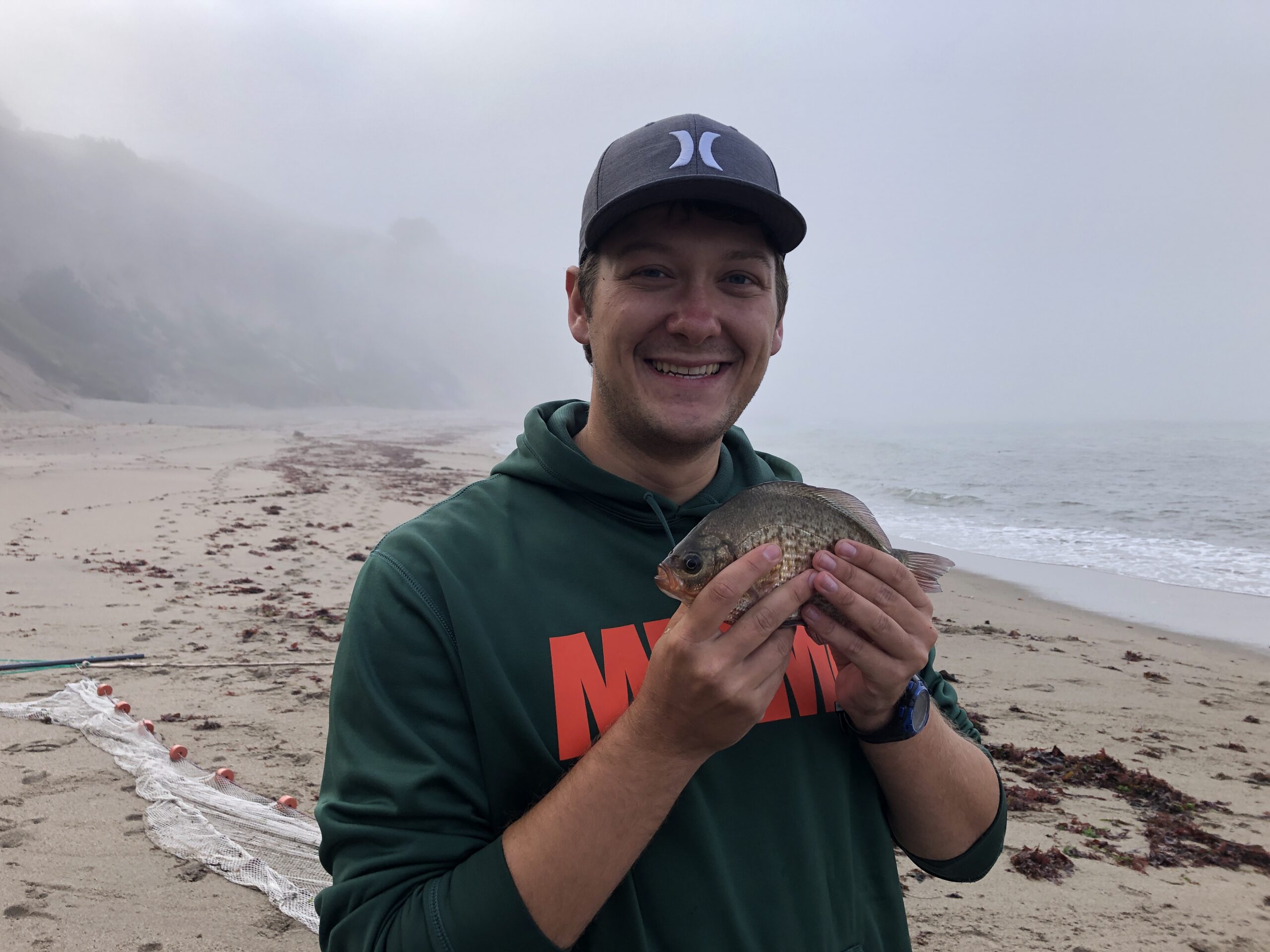 Gammon graduated from the University of Miami (UMiami) in the Spring of 2019 with a BS in Marine Science and Biology. His research career started with Dr. Diego Lirman's Benthic Ecology and Coral Restoration Lab at UMiami and the citizen science based, coral restoration program Rescue a Reef. His primary research project with the lab was investigating the most effective outplanting methods for microfragmented massive corals. He presented his findings at the Reef Futures 2018 conference in the Florida Keys and published the results in the PeerJ scientific journal. Gammon joined the Ichthyology Lab in the Fall of 2019.

During his time at MLML, Gammon helped lead the efforts for the surf zone marine protected area (MPA) monitoring program which is a project studying the effects of MPAs on California's sandy beaches. The project is a collaborative effort through the University of California – Santa Barbara and Humboldt State University in addition to MLML to sample beaches throughout the state. The project started in 2019 and has continued during the summer every year since. Gammon used this project as inspiration for his thesis by expanding on it to focus on the seasonal changes within the surf here in central California. Through his thesis, he also recorded a rare species of guitarfish that has never been observed north of southern California. With his fellow lab mate, Rachel Aitchison, they published this range extension in the Journal of the Ocean Science Foundation.

When not doing research, you might find Gammon in one of the exhibits at the Monterey Bay Aquarium as a volunteer SCUBA diver helping to keep the inside of the tanks clean. Gammon also works part-time for the California Department of Fish and Wildlife (CDFW) in the geographic information systems (GIS) lab of the Marine Region Department, helping with the California Recreational Fishermen Survey project run by the CDFW. After graduating, Gammon is looking forward to starting a career combining data and policy to help conserve the ocean's resources. 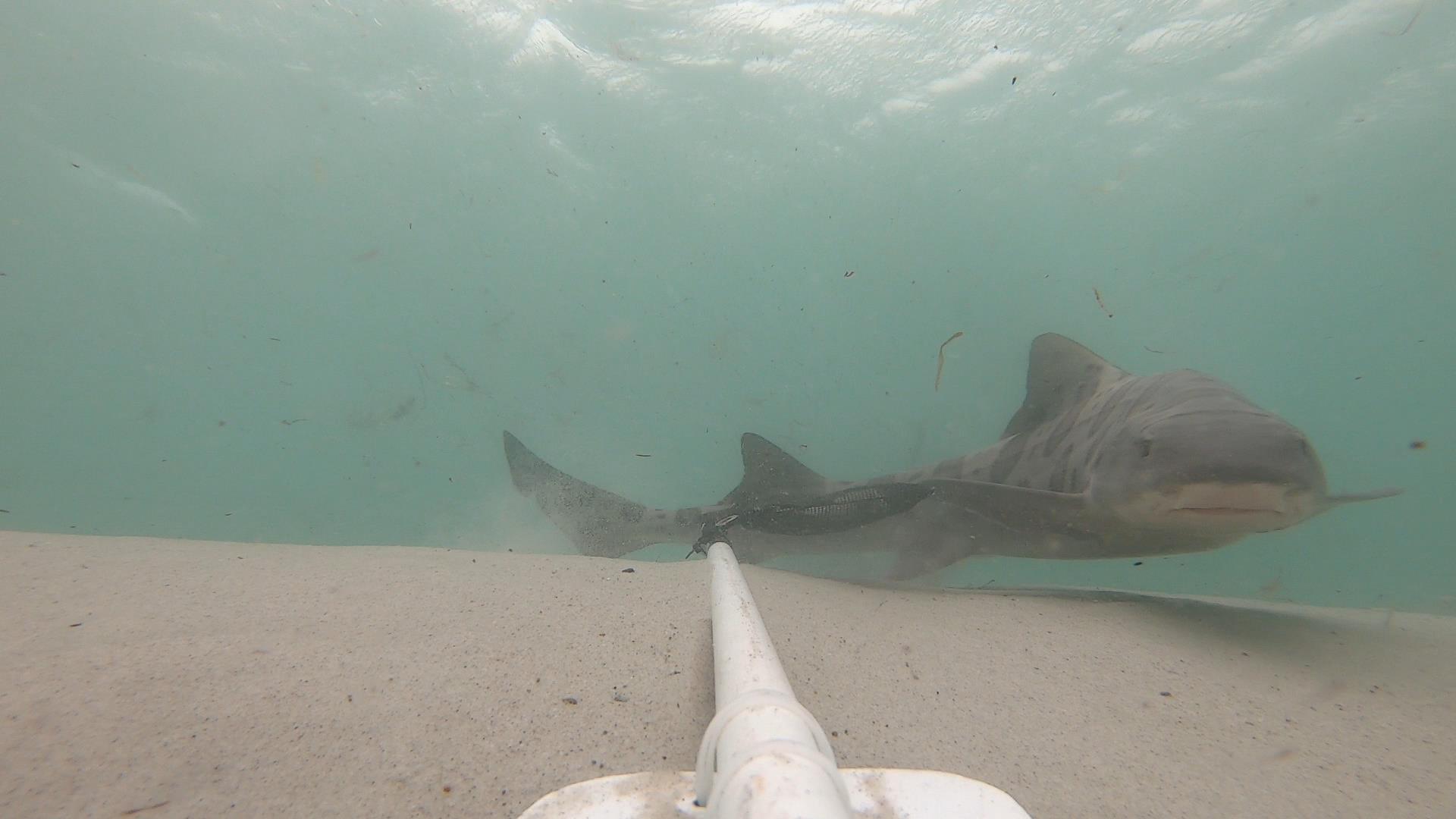 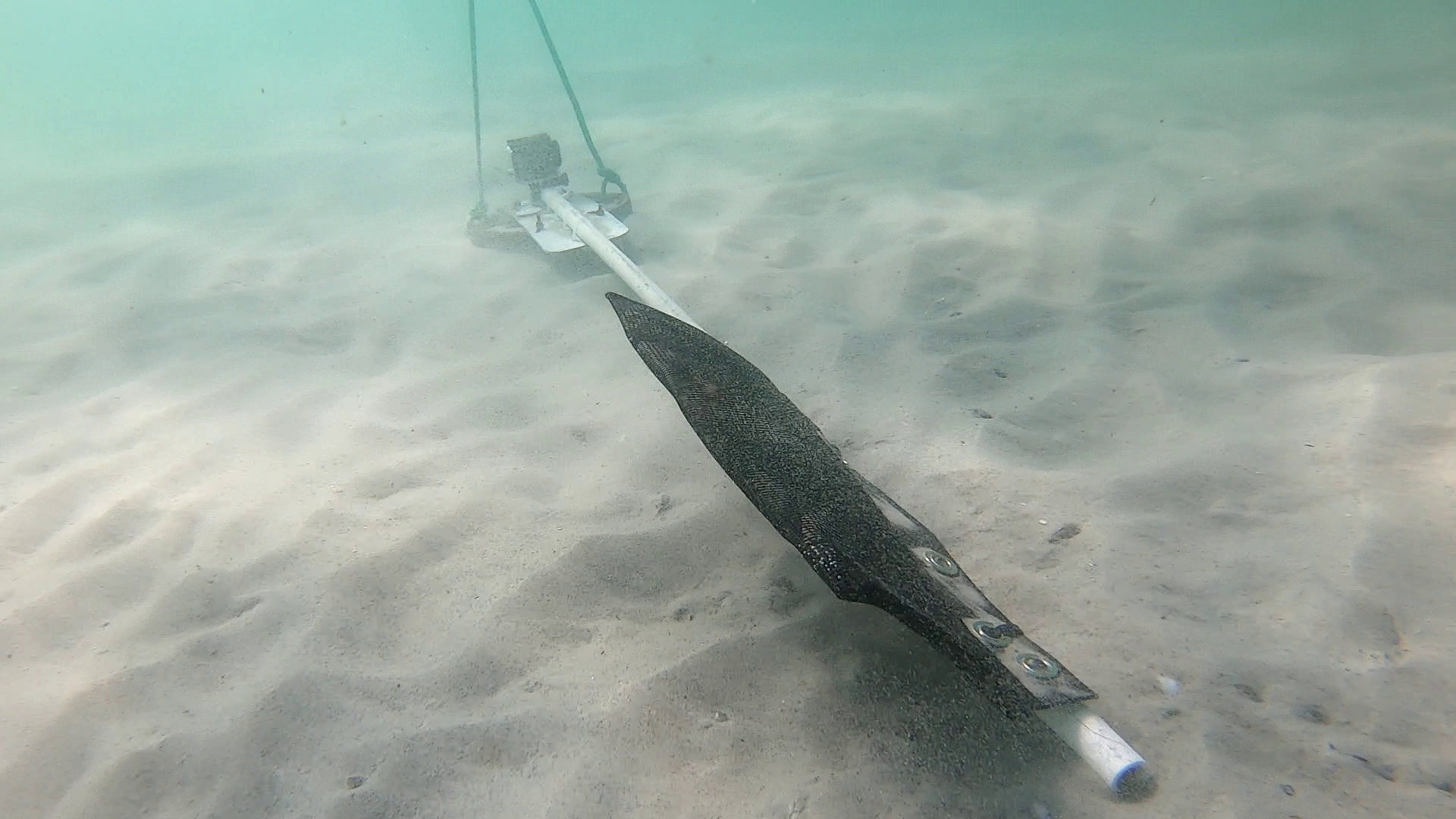 The surf zone is an important and highly dynamic ecosystem situated at the land-sea interface; however, it is relatively understudied in California. Beaches are one of the most, intensely used coastal resources by humans (e.g., recreation, fishing, development), and can be altered by human impacts, potentially affecting the species that reside there. In addition, oceanographic conditions such as upwelling, temperature, and storm-generated waves have a predictable seasonality that may drive shifts in species assemblages throughout the year. This study investigated the factors influencing spatial and temporal changes in surf zone communities at four beaches in central California from July 2020 to June 2021, testing seasonal trends, the effects of marine protected areas (MPA), and associations with environmental conditions. Each site was sampled eleven times, roughly once a month, for the sampling window using replicated (n = 6 per sampling day) horizontal baited remote underwater video stations (BRUVS). The MaxN statistic (i.e., the maximum number of individuals of the same species observed in a single frame of the video), was calculated for fish and invertebrates on each sampling day, while the relative abundance of drift algae was extracted from still frames using percent cover estimation techniques. Environmental data were obtained from in situ observations on the day of sampling (e.g., water temperature, salinity, wind speed, wave height and period) or weather station sources (e.g., wind and wave direction). Fish and invertebrate abundance and community composition were analyzed separately due to differences in relative abundance and behavior. The results indicated that fish assemblages exhibit seasonality. Species like the barred, calico, and walleye surfperch and leopard shark were far more common in the winter and spring and the speckled sanddab was more common in the summer. Other species like the silver surf perch, thornback ray, dwarf perch, and black-and-yellow rockfish were common throughout the year. There were no impacts on seasonality on invertebrate assemblages, but the system was dominated by the purple dwarf olive snail, Pacific sand crab, slender crab, and red rock crab species. Marine protection inside MPAs had a significant impact on the community structure of fish species, with species such as the reef perch, black perch, kelp rockfish, black-and-yellow rockfish, striped surfperch, rainbow surfperch, señorita, cabezon, and pile perch being observed more commonly within MPAs and other species such as the thornback ray, grass rockfish, barred surfperch, and walleye surfperch being more common at reference sites. There were no effects of MPA status on the invertebrate species diversity or community assemblage. Significant environmental variables for both fish and invertebrate species included wave height and visibility with the former being the dominant driver of surf zone assemblage. Fish species like the barred, calico, and walleye surfperch and leopard shark and invertebrate species like the Dungeness crab, purple dwarf olive snail, and Pacific sand crab were more common during larger wave events while most other species were more abundant on calmer days. Future studies should continue monitoring the surf zone to gather additional years of sampling and sample additional MPA sites to determine if there are greater impacts of MPAs on surf zone species. This study is one of the first to study the temporal trends of central California surf zone. The seasonal trends identified and association of species with MPAs provide key insight into the species that inhabit the surf zone and can be used to help inform management decisions on fishing regulations for these species. 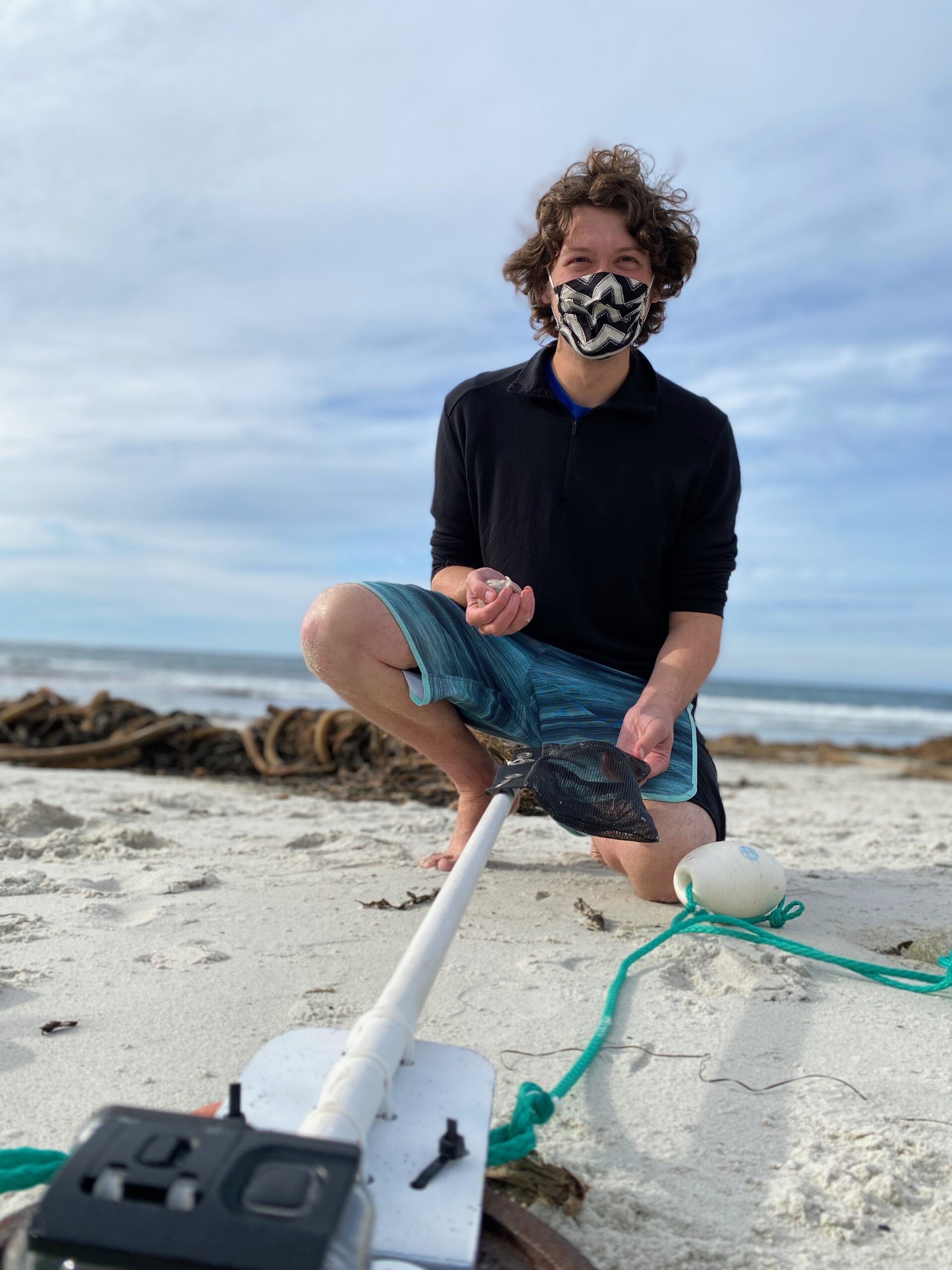