A Thesis Defense by Juliana Cornett 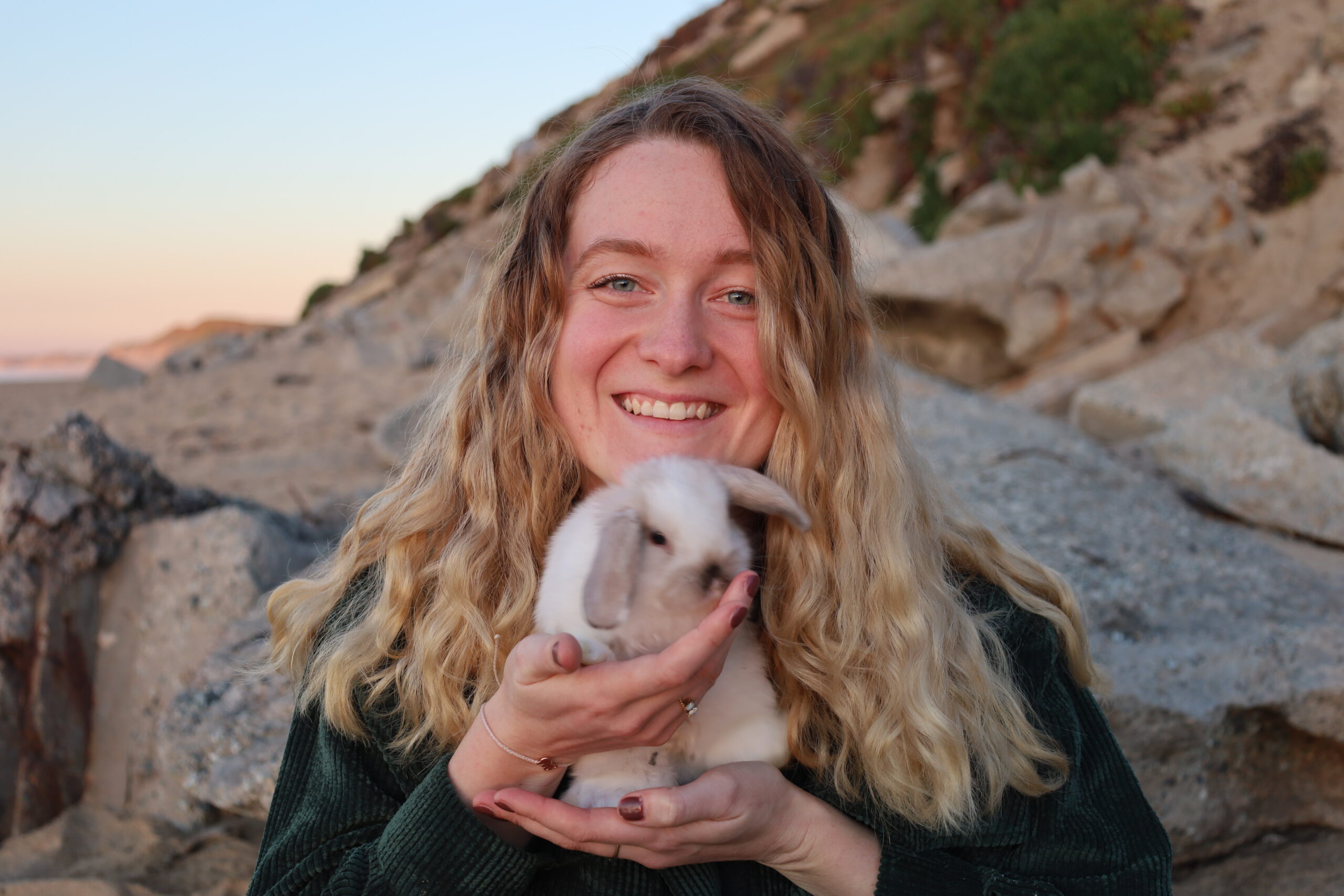 Juliana graduated from the University Honors Program at the University of California, Davis in spring 2018 with a B.S. in Biological Sciences. While there, Juliana participated in undergraduate research in the Grosberg Lab, where she assisted with a project on population genetics of symbionts hosted by sea anemones, and conducted an independent research project on symbiont photosystem performance for her undergraduate honors thesis. She also spent a semester studying abroad at the University of Queensland in Australia. After graduation, Juliana took a gap year, which included work in environmental education and volunteer work in museum education, before beginning her M.S. in Marine Science in the Logan Lab at CSUMB and the Ichthyology Lab at MLML in fall 2019.

For her thesis, Juliana investigated physiological responses to hypoxia in juvenile flatfishes to determine the implications of hypoxic events in their important nursery habitat in Elkhorn Slough. She presented this research at the SACNAS National Diversity in STEM conference, the Western Society of Naturalists Annual Meeting (where she was awarded “Best Graduate Poster”), and the Ocean Sciences Meeting, in addition to presenting this research in the inaugural “Grad Slam” (3-minute thesis) competition at CSUMB, where she won first place.

Juliana worked as a teaching associate at CSUMB during her first year of graduate school, before beginning a position as a program assistant for the Coastal and Marine Ecosystems Program (CMEP) at CSUMB. In that role, Juliana helps plan, run, and evaluate all of the educational programs within CMEP, including the Research Experience for Undergraduates (REU) program and the annual Sea Lion Bowl. She also works as a naturalist on a whale watching boat in Moss Landing. When not working, Juliana enjoys spending time with her pets, hiking, photography, and art - mostly watercolor painting and digital illustration. Following graduation, Juliana will be starting an Alaska Sea Grant State Fellowship at the Alaska Fisheries Science Center. 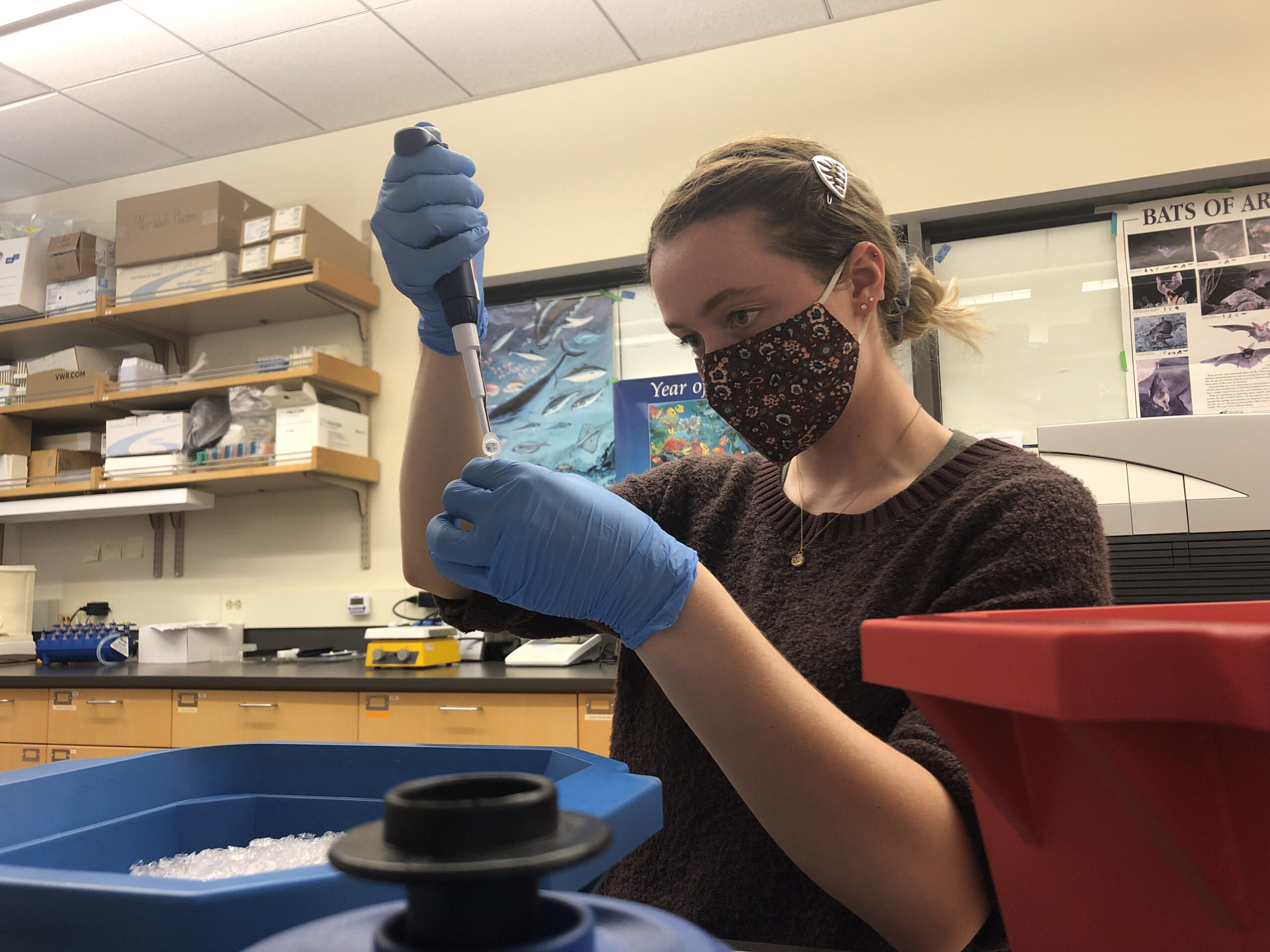 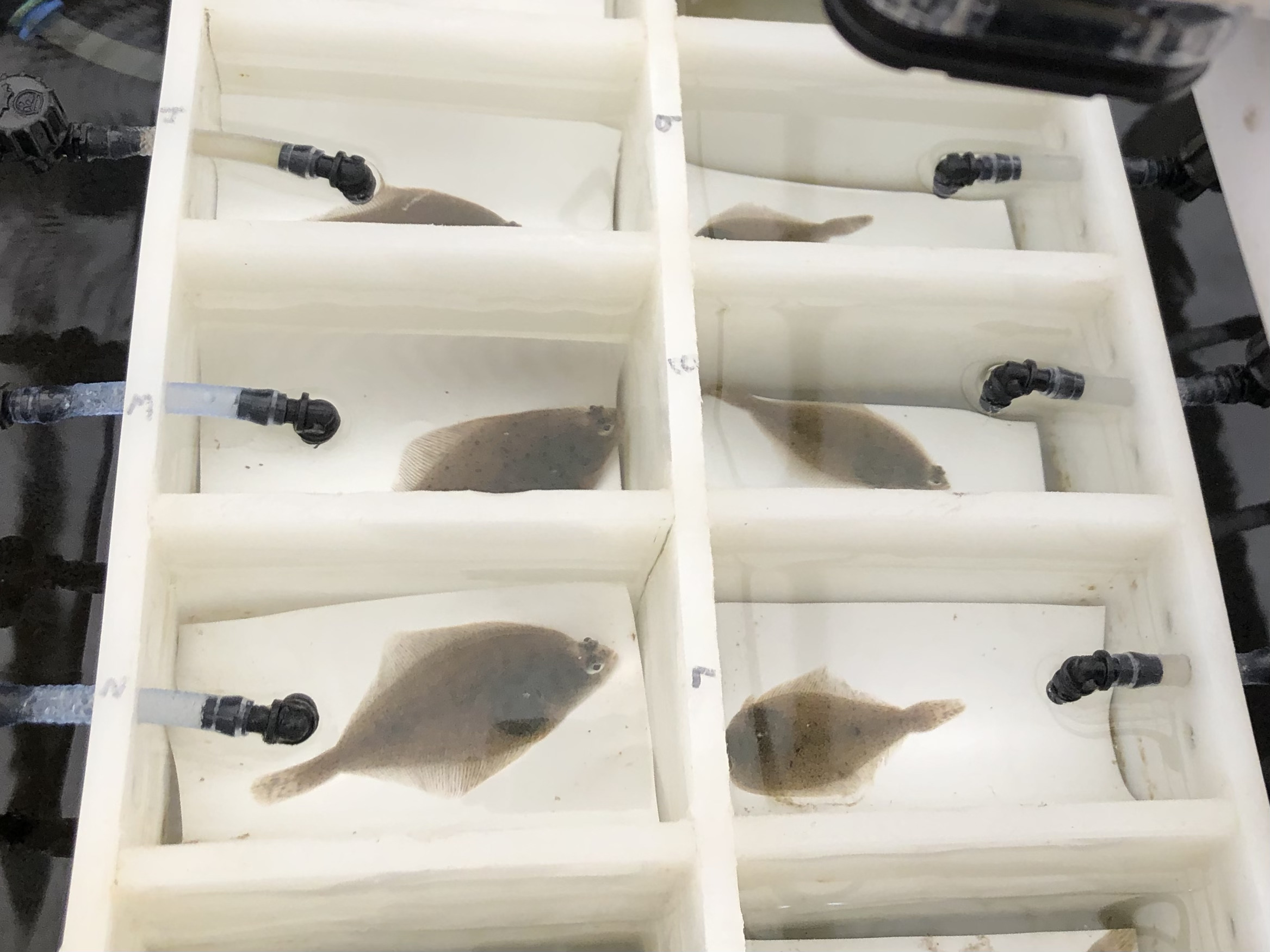 Estuaries serve numerous important ecosystem roles, including providing critical nursery habitat for juvenile fish. However, due to eutrophication and climate change, estuaries experience highly variable dissolved oxygen (DO) levels and hypoxic conditions. Though hypoxia negatively impacts juvenile fish, there are physiological compensatory mechanisms fish utilize to prevent tissue-level hypoxia. This study examines the effects of hypoxia on two ecologically and economically important flatfish species in Elkhorn Slough on California’s central coast: juvenile English sole, Parophrys vetulus, and juvenile speckled sanddabs, Citharichthys stigmaeus. I measured metabolic rate, ventilation rate, and hematocrit, as well as biochemical indicators of hypoxia (HIF-1a and L-lactate) and oxidative stress (superoxide dismutase), following an acute, six-hour exposure to six DO levels ranging from ambient to severely hypoxic: 8.0, 6.0, 4.0, 3.0, 2.0, and 1.5 mg/L O2. I found that both standard metabolic rate (SMR) and maximum metabolic rate (MMR) in English sole decreased as DO level decreased. A more significant change in MMR compared to SMR also led to a significant decrease in aerobic scope (the ability to increase metabolic rate over resting levels) with decreasing DO levels. For both species, ventilation rate increased as DO level decreased, likely as a mechanism to increase oxygen supply. Both species also exhibited a significant increase in anaerobic activity (increased lactate in muscle tissue) at low DO levels (1.5 mg/L O2 for English sole and 2.0 mg/L O2 for speckled sanddabs). English sole also experienced a significant increase in oxidative stress (as measured by SOD in gill tissue) at 1.5 mg/L O2. Overall, all of these factors can lead to or indicate decreased survival and fitness of juvenile flatfish in hypoxic conditions, with decreased survival potentially reducing population size and fishery success. Evaluating thresholds for tolerance of hypoxia may allow us to predict these changes, as well as determine areas of suitable nursery habitat and targets for estuarine restoration. Since many responses to hypoxia were only observed only at very low DO levels (i.e., 2.0 or 1.5 mg/L O2), these flatfish species appear to have a higher tolerance for hypoxic conditions than other teleost fishes and may be able to withstand many of the environmental hypoxia events observed in Elkhorn Slough, as long as DO levels do not drop below lethal thresholds. Species-specific differences were also found. For two metrics measured, ventilation rate and L-lactate, speckled sanddabs exhibit a nonlinear response, with highest values at mid DO levels, in contrast to a more linear response for English sole, with highest values at low DO levels, suggesting responses to hypoxia may be employed at different DO thresholds for the two species. Additionally, an oxidative stress response was only present in English sole, and not in speckled sanddabs, potentially indicating that speckled sanddabs are better able to withstand hypoxic conditions compared to English sole. If English sole are less tolerant of hypoxic conditions, suitable nursery habitat for this species could be reduced more significantly than for speckled sanddabs, potentially altering the relative distribution and abundance of the two species. 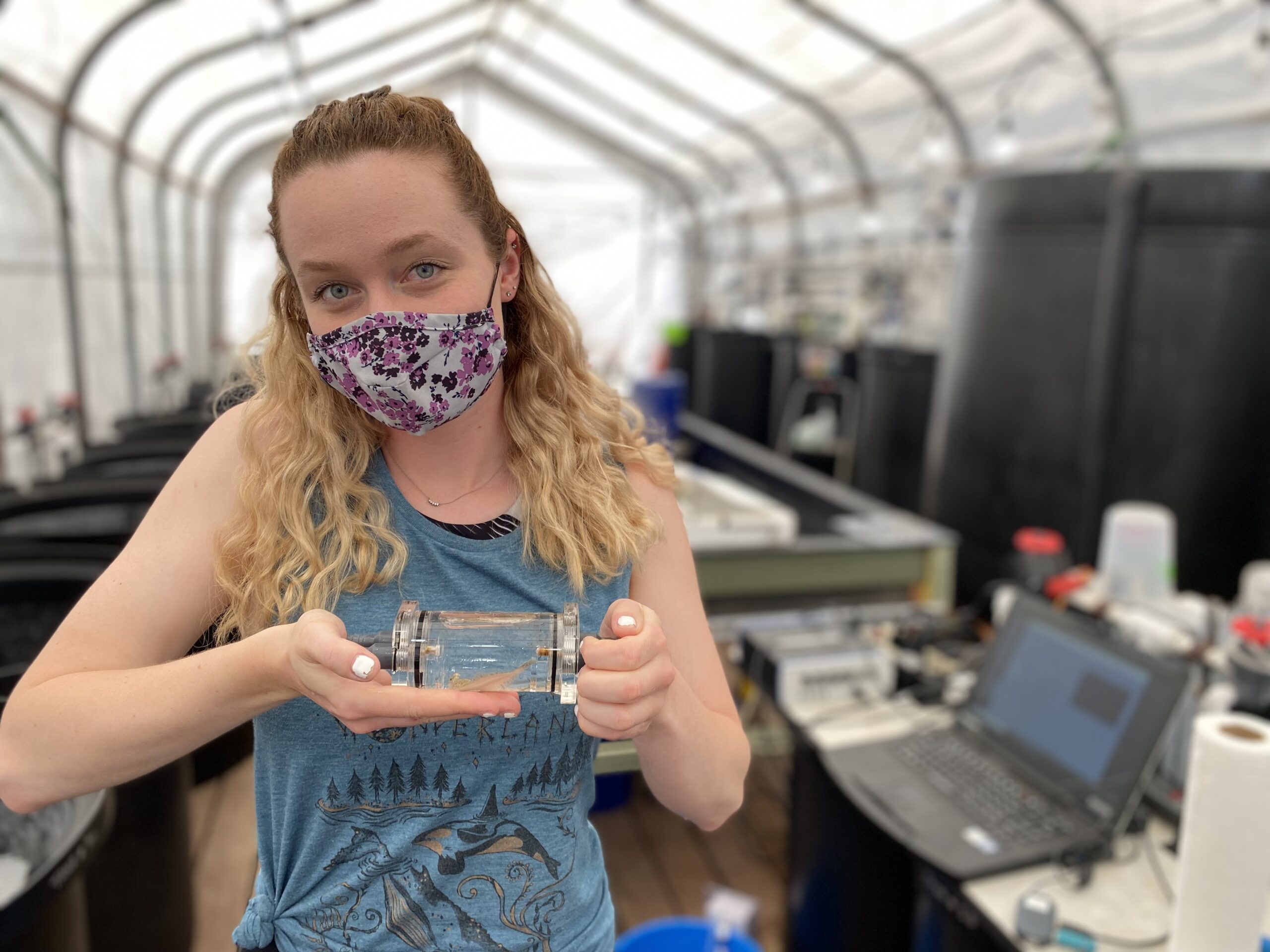