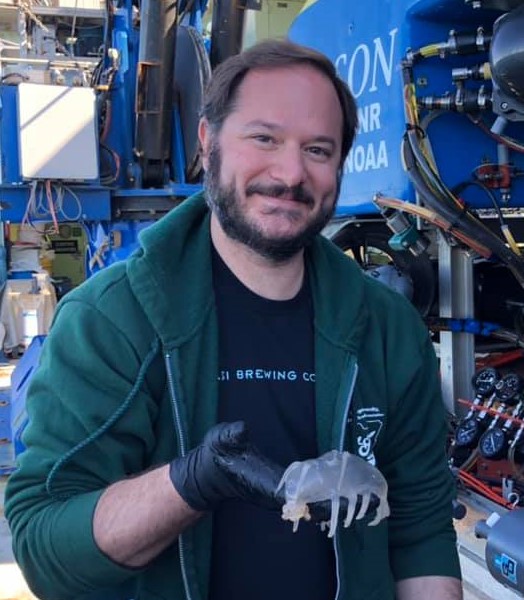 Mike Vardaro has worked with the Ocean Observatories Initiative (OOI) since 2011; four years as a Project Scientist at Oregon State University focusing on designing, testing, and deploying the Endurance Array off the coast of Oregon and Washington, three years as the Data Manager at Rutgers, working with the Cyberinfrastructure (CI) team on monitoring and evaluating data to create quality-controlled data streams for the OOI user community, and currently as a Research Scientist at the University of Washington, working on the Regional Cabled Array. He is also a lecturer at San Jose State University. Prior to working with the OOI, he designed and deployed photographic and oceanographic instrumentation in the Gulf of Mexico, Northeastern Pacific, and Southeastern Atlantic oceans to study the links between surface productivity, carbon flux, and deep benthic invertebrate populations, and how such systems change over time. He has a BS in Biology from Georgetown University, an MS in Biological Oceanography from Texas A&M, and a Ph.D. in Marine Biology from Scripps Institution of Oceanography.