A Thesis Defense by Lindsay Cooper 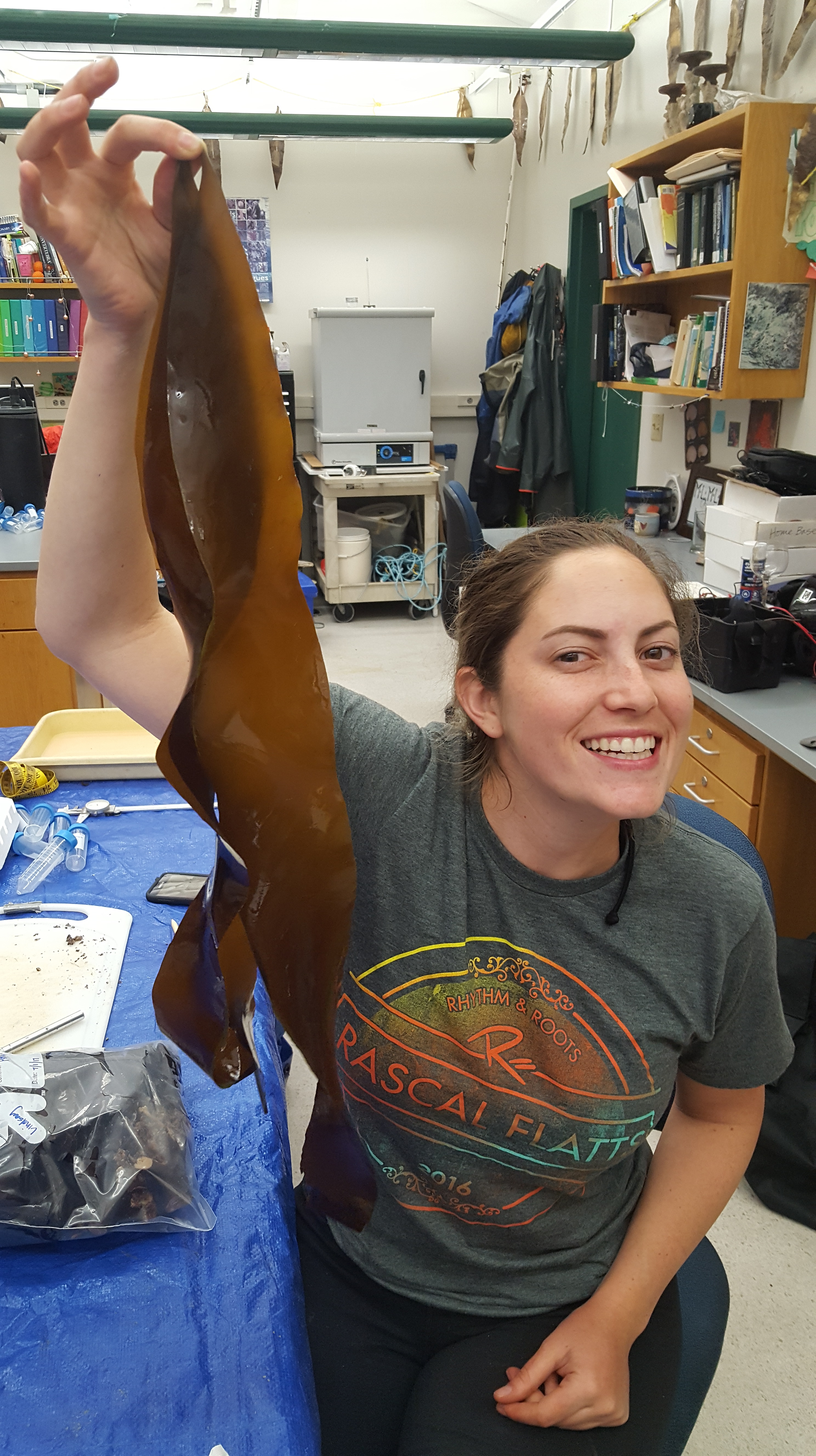 While other children told their parents they wanted to be ballerinas or firemen, from the get go, Lindsay claimed she would become a marine biologist. That was the only profession she ever wanted to pursue in life. Every year, her birthday request was to visit Sea World and the San Diego Wild Animal Park for the weekend. However, feeling discouraged by counselors who told her there were few career paths in marine science, she pursued a business degree as an undergrad. After enduring several unfulfilling years on this path, she threw all caution to the wind and started over in order to pursue her lifelong passion of marine science. Lindsay received her SCUBA certification and was able to spend a fall semester doing research with the Wrigley Institute of Environmental Science on Santa Catalina Island. This was her first real immersion into the field and opportunity to do independent research. During this program she developed a love for seaweeds and the drive to pursue a graduate degree.

Lindsay joined the MLML Phycology lab in 2013, where she took an active role in hosting the annual Open House and volunteering to help other students with their research. While at Moss Landing, Lindsay has acquired her scientific dive certification, gone on two research trips to Baja California Sur studying rhodolith beds as a living substrate, and conducted a subtidal study of Pterygophora californica population demographics and aging in Stillwater Cove, Carmel Bay. Her thesis research focuses on the effects of biomass loss on the seasonal variability in storage compounds of Pterygophora californica, an important local kelp species. 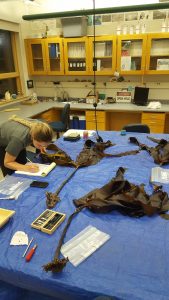 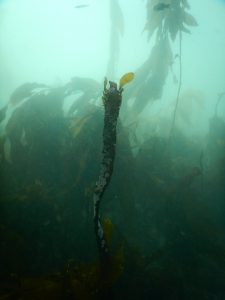 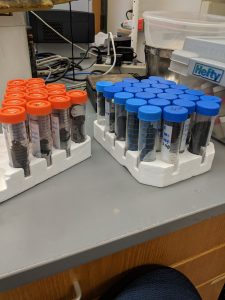 This study investigates the existence of nutrient compartmentalization within the thallus of Pterygophora, whether there were any seasonal effects, and how biomass loss impacted the compartmentalization of nutrients. The results of this subtidal experiment have been a long time coming; it's the second iteration. The first time Lindsay set up the experiment, she was six months into the experiment when two big winter storms hit in a row and ripped almost all of the tags off of her Pterygophora, and dislodged some of the plants. Lindsay had to redesign the tags, and move the experiment to a slightly more protected location in Stillwater Cove. The experiment began in July 2017 and ran for 15 months. 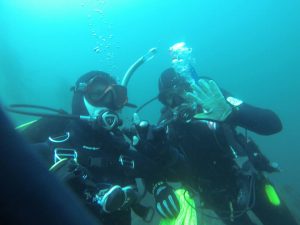 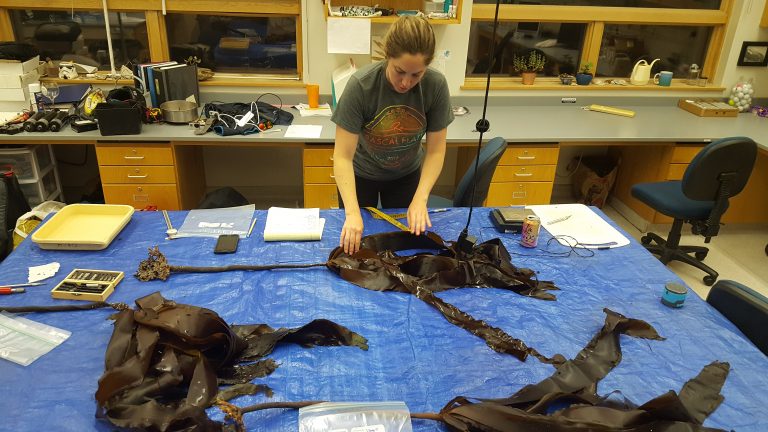