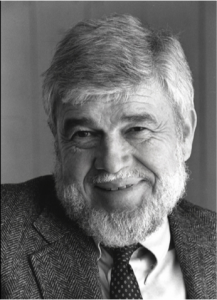 On 20 February 2020, Heather Stoll published a paper in Nature chronicling the history of the Iron Hypothesis, which was proposed by Dr. John Martin. John Martin was a pioneer in his field, and was the Director of Moss Landing Marine Laboratories/San José State University for 17 years (1976 - 1993) after a few years as a Professor. He led a number of significant research projects, including Vertex. But probably most important was his hypothesis that iron was a limiting element in some parts of the oceans, an expectation that ran counter to the beliefs of most of his colleagues. You see, his colleagues had been sampling the oceans for many years and had data that indicated there was plenty of iron to allow increased productivity in most places. Yet, they were having a hard time explaining why productivity was not greater than would be expected given the abundance of light and nutrients in these places.

John Martin had a great crew to help him develop and test his hypothesis. Many of these people were former MLML graduate students that gravitated to the engaging, brilliant, and supportive scientist. The crew included Steve Fitzwater the guy who did everything, Mike Gordon who was the analytical mastermind, Sara Tanner who brought a botanist’s perspective, and Craig Hunter who seemingly was able to build whatever was needed. The group also included Kenneth Coale, who as a post-doc from UCSC had many of the necessary traits to be the second in command. Kenneth eventually used his command skills to guide MLML as Director for 12 years.

Unfortunately, John did not live long enough to see his Iron Hypothesis tested in the field. In 1993, just months after his death, Kenneth and Ken Johnson (MLML and now at MBARI) led the first direct test of the Iron Hypothesis when they fertilized a portion of the ocean with iron and watched John’s vision turn the colors of productivity. Besides his hypothesis about iron, one of the great legacies of this era was the beginning of large-scale experiments in the open ocean. After many ocean experiments by the Martin team and many others that followed, it is clear that the Iron Hypothesis is no longer a hypothesis, it is now a paradigm. The NSF recognized this work as one of the top discoveries in oceanography in the past 100 years.

It seems a good time to celebrate the incredible accomplishments of John Martin and his team, but also to recognize that this discovery was uncovered in a relatively small CSU marine lab in central California. MLML continues to produce incredible science, students, and discoveries.

We continue to recognize the contributions of John Martin to MLML/SJSU and marine science by having named one of our Research Vessels the R/V John H. Martin; by establishing a scholarship in his name via contributions from John’s wife, Marlene, and his family; and by remembering his legacy and his description of our essence as the “spirit of Moss Landing”.

To read more about the incredible history of John Martin please take a look at these posts by Kenneth Coale:

This one describes how MLML came to operate the R/V Point Sur:
https://mlml.sjsu.edu/2016/04/20/the-good-pirate-john-martin-seizes-the-rv-cape-florida/

This one is a summary of John’s life and achievements written by Kenneth and the Scientific Writing class at MLML:https://aslopubs.onlinelibrary.wiley.com/doi/10.1002/lob.10078