A Thesis Defense by Stephen Pang

Stephen Pang is a master's student under Dr. Scott Hamilton in the Ichthyology Lab. He graduated from the University of Washington in 2012 with a B.S. in biological oceanography. Prior to starting at Moss Landing Marine Labs, Stephen worked in Idaho and central Washington doing salmonid research. He recently completed the Sea Grant State Fellowship (where he was placed with the Delta Stewardship Council in Sacramento) and has recently joined an environmental consulting firm where he continues his work with salmonids and conservation. 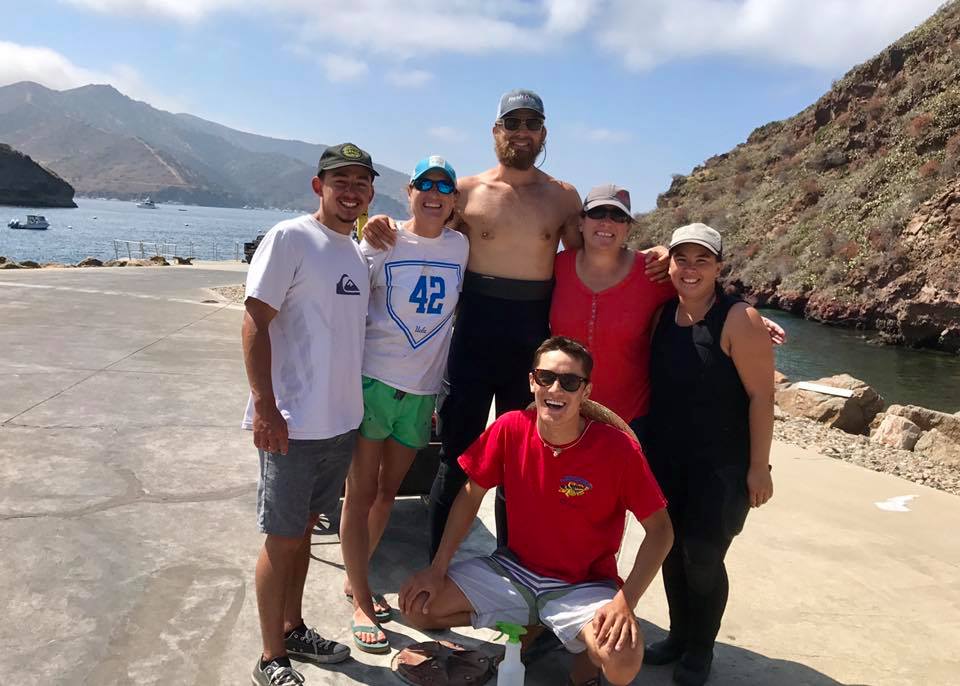 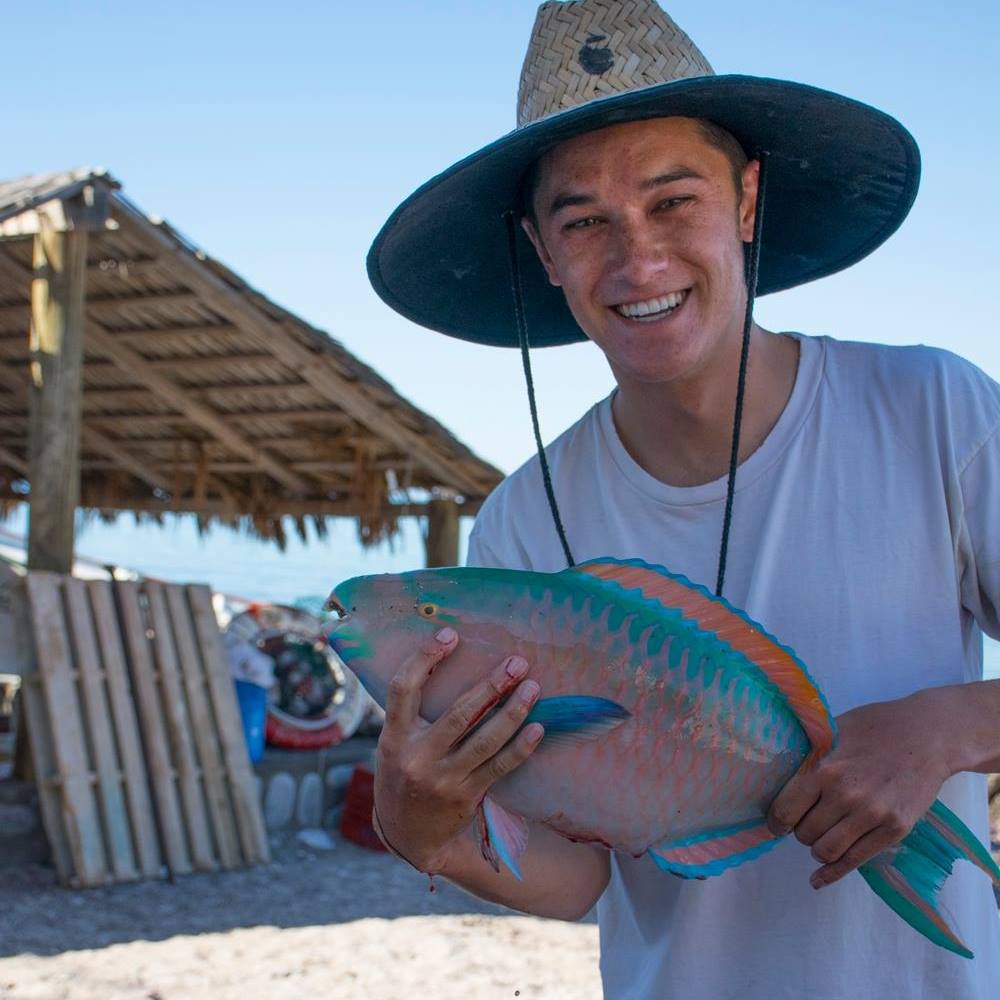 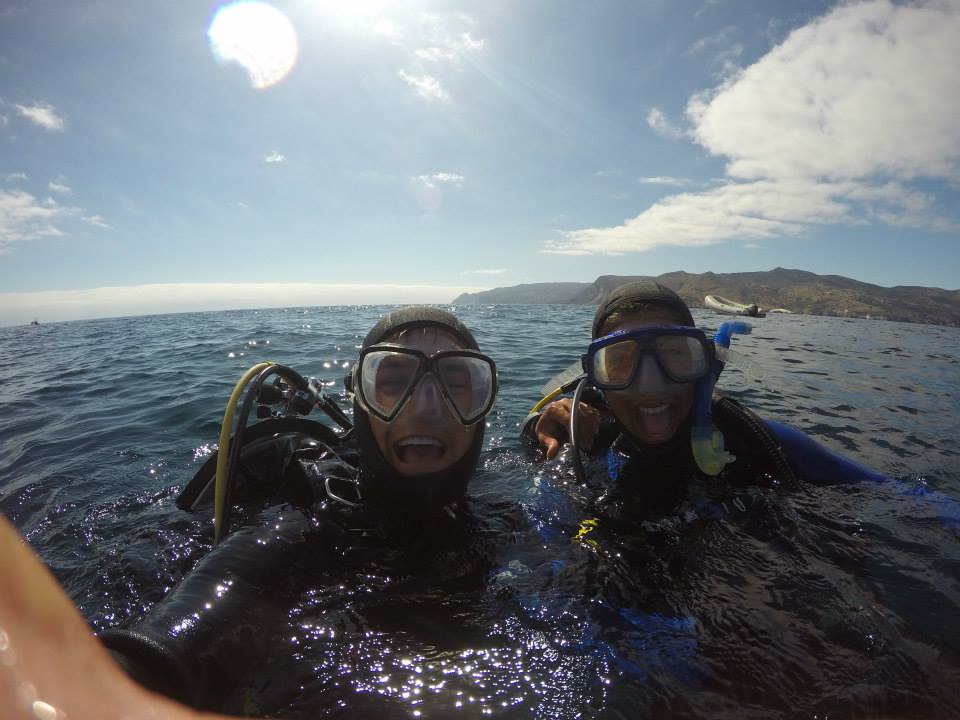 By targeting the largest individuals in a population, size-selective fisheries can influence the life history traits and population parameters of exploited fish stocks. For protogynous (female-to-male) hermaphrodites, this type of harvest is also sex-selective since it preferentially removes males from the population. These differences in sex-specific survival can lead to populations that are heavily female-biased. While males historically have not been considered a limiting factor when assessing the health of gonochoristic populations, modeling work suggests that reduced male abundance and skewed sex ratios could cause a concomitant decline in the reproductive output of protogynous hermaphrodite populations. This study used two nest-brooding sex-changers, Lythrypnus dalli and Rhinogobiops nicholsii, to examine the effect of operational sex ratio on reproductive and nesting success, growth, and rates of sex change. Fish were outplanted on artificial patch reefs at varying sex ratios and their reproductive output was monitored by photographing eggs laid in artificial nests. Sex ratios ranged from 1:1 to 1:19 male:female. Fish were tagged so that growth and sex change could be determined upon recollection from the artificial reefs. For both L. dalli and R. nicholsii, total egg production, female per capita production, average production per nest, and the number of nests per reef were not affected by sex ratio. By contrast, male per capita production and the percentage of nesting males significantly increased as sex ratios became more female-biased. For R. nicholsii, growth rates were highest for individuals that completed sex change during the experimental period. During the breeding season, the frequency of sex change for R. nicholsii was highest on reefs that were strongly female-biased; there was no effect of sex ratio on the frequency of sex change during the non-breeding season. In L. dalli and R. nicholsii, it appears that males do not limit the reproductive output of heavily female-biased populations—as had been predicted by previous modeling work. Instead, for species that defend demersal nests, intrasexual competition between males (i.e., territory and mate monopolization) or females (i.e. competition for nest space) may limit total production when operational sex ratios are more balanced or more female-biased, respectively. As sex ratios became skewed in favor of females, male-male competition was relaxed and individual males became more reproductively successful; the discrepancy in per capita production between males and females at skewed sex ratios indicates that some females would increase their reproductive success by undergoing sex reversal (as demonstrated by R. nicholsii during the breeding season). It is possible that many of the results on reproductive success from this study are specific to nest-brooding species; this highlights the importance of mating systems and reproductive behavior when considering the impact of fisheries on the population dynamics of exploited populations.