A Thesis Defense by Kristin Saksa 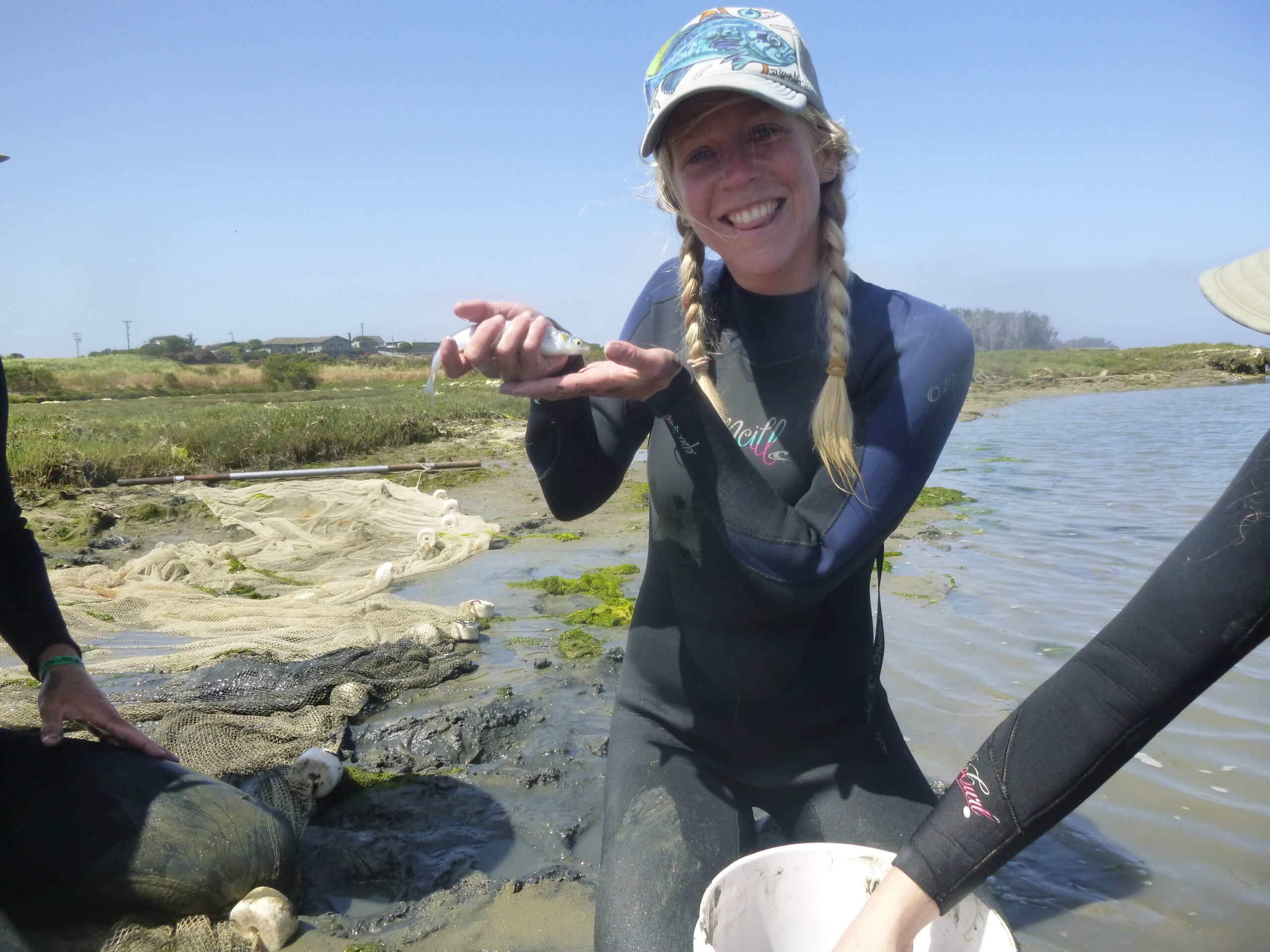 I am an ocean lover- swimmer, surfer, SCUBA diver, kayaker, sailor, snorkeler, and marine scientist. I’ve spent the last ~10 years doing research on the effects of climate change on marine species and intend to continue on this path!

I majored in Environmental Studies and Philosophy at Santa Clara University (undergraduate) and post graduation returned to Bainbridge Island, WA to get involved with the aquaculture world on the Olympic Peninsula. I began working for Taylor Shellfish as part of the research department and became very engaged with the negative effect ocean acidification is having on local shellfish.  I worked for the UW School of Aquatic and Fisheries Science to look at multi-generational effect of ocean acidification on Pacific oysters. I assisted with a study on a Purple Hinge Rock Scallop growth for commercial development of the scallop industry. I spent my off seasons getting my SCUBA DiveMaster, working as a kayak guide, and interning in Auckland, NZ for a common dolphin population dynamics study.

I am currently in the Ichthyology lab at During graduate school I worked at the Southwest Fisheries Science Center (SWFSC) Ecology Division (NOAA) in Santa Cruz on climate change studies focused on rockfish reproduction.  My thesis research is specifically focused on how changing ocean chemistry (pH and dissolved oxygen) affect larval rockfish survival, deformity and metabolism.  I spent most of my Spring time at the NOAA lab waiting for rockfish to give birth, always on call, a rockfish midwife if you will.  Throughout the rest of the year I have been assisted with another project on the effect of climate change on juvenile rockfish. I helped collect juvenile rockfish at Stillwater Cove and ran behavioral and physiological trials at the NOAA lab in Santa Cruz.

I am moving to Vermont (eek far from the ocean!) for the fall to finish up with thesis edits before moving back to Washington state where I hope to get a job as a fish biologist or marine scientist. 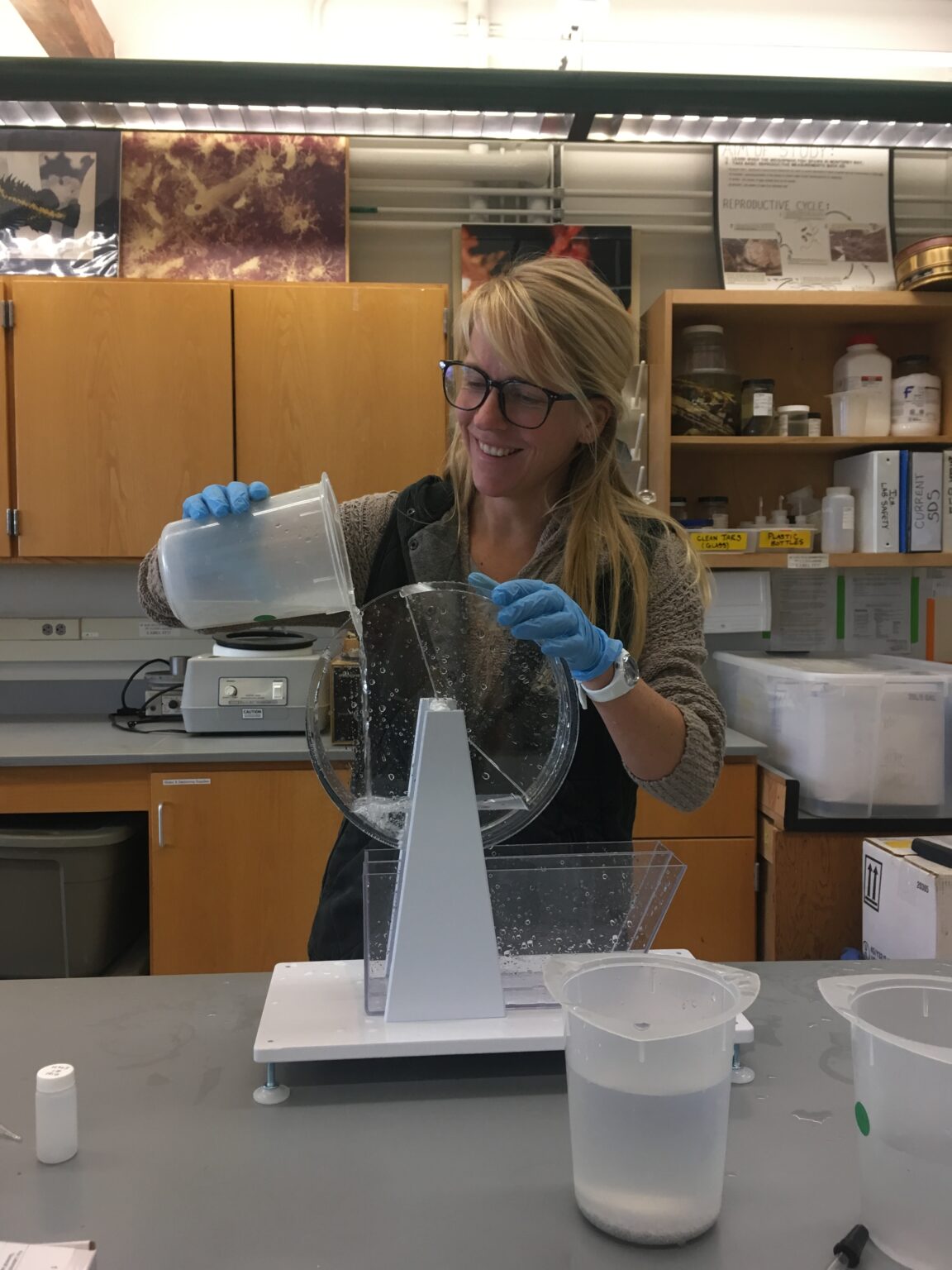 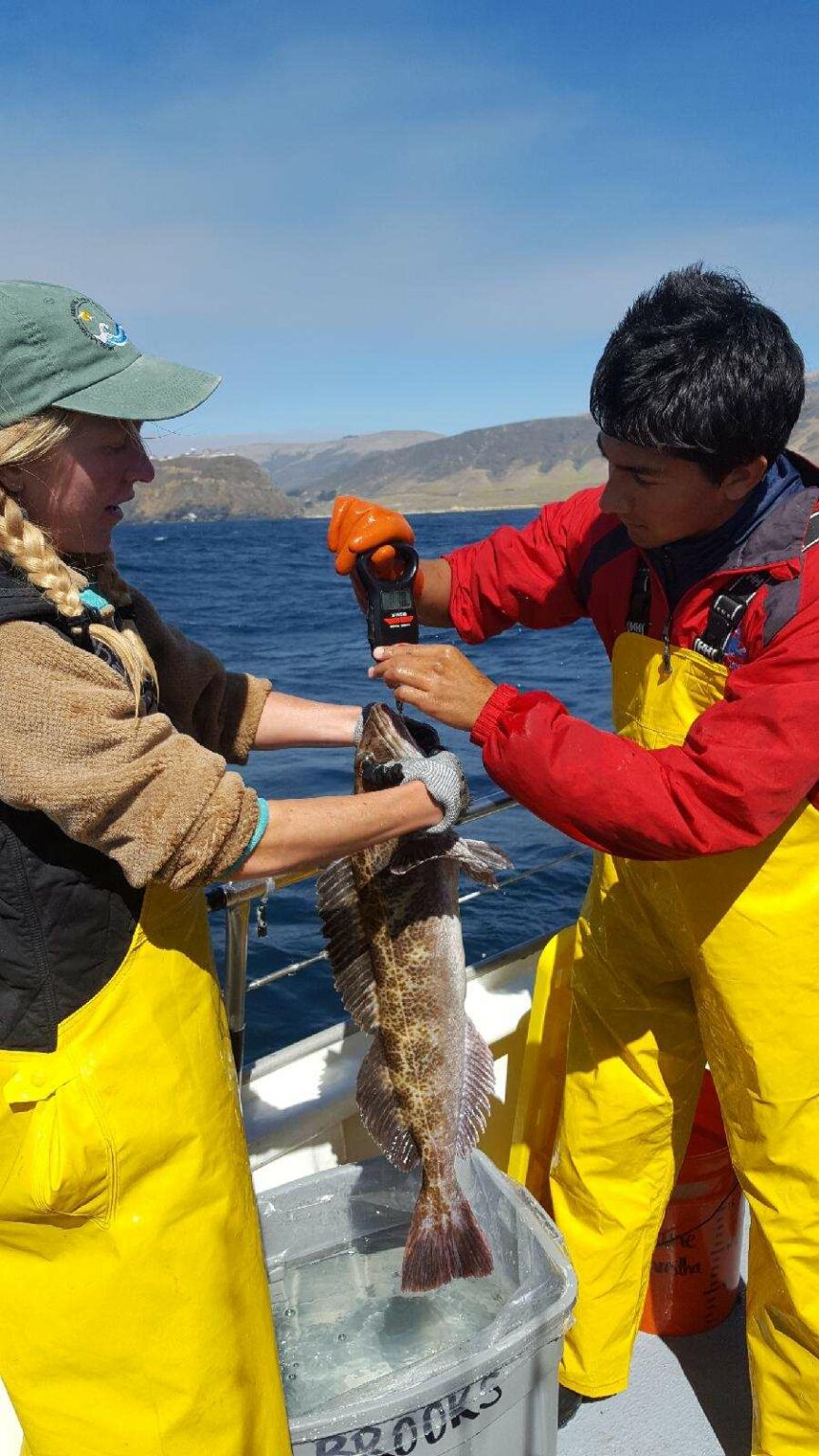 The California Current ecosystem is experiencing dramatic changes in ocean chemistry resulting in ocean acidification (i.e., decreasing pH) and hypoxia (i.e., lower dissolved oxygen [DO] levels). These changes are exacerbated by increases in upwelling intensity and shoaling of the oxygen minimum zone. Gopher rockfish (Sebastes carnatus) are an ecologically and economically valuable rockfish species, whose habitat is becoming increasingly inundated with low pH and low DO water. To test how ocean acidification and hypoxia may interact to influence the reproductive process in Gopher rockfish, we exposed gravid females of both species to 4 treatments throughout the gestation period: 1) low pH (pH 7.5); 2) low DO (DO 4.0 mg/L); 3) a combined stressor (pH 7.5 x DO 4.0 mg/L); and 4) control (pH 8.0 x DO 8.0). Post-parturition, larvae from each brood were seeded into each of the 4 treatments to evaluate survivorship, metabolism, and hypoxia tolerance as a function of the prior maternal treatment conditions and the subsequent larval treatment. The remainder of the brood was collected and preserved to later quantify the percent deformity of the brood and total fecundity. Our research indicates that Gopher rockfish larvae are resilient to low pH (pH 7.5) and low DO (DO 4.0mg/L) based on both maternal and larval exposures to these stressors. Gopher rockfish may be adapted to gestating in these conditions because their reproductive season overlaps with Spring upwelling on the central California coast. There are some indications of sensitivity to these stressors shown by non-significant trends toward higher percent deformity and lower fecundity in low oxygen stressors. It is unknown how Gopher rockfish will respond as ocean acidification and hypoxia progress due to climate change.