Hosted by the Invertebrate Zoology Lab 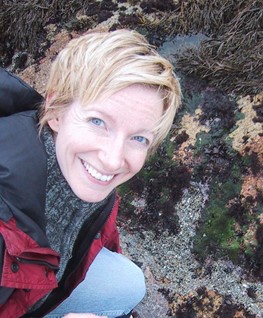 Dr. Liz Alter is a population geneticist and evolutionary biologist who recently joined the faculty of the Biology and Chemistry Department at California State University Monterey Bay. She is also a Research Associate at the American Museum of Natural History. Her research, published in peer-reviewed journals including PNAS and Molecular Ecology, focuses on understanding how aquatic biodiversity is generated and maintained, particularly in extreme environments including urban estuaries and rivers, using the tools of genomics. She directs an undergraduate STEM initiative funded by the National Science Foundation (Bridge to Research in Environmental and Applied Metagenomics), which aims to improve retention and academic success in STEM among underrepresented and first-generation students by immersing them in real-world research experiences, and to simultaneously improve our state of knowledge about pressing local environmental issues. Liz also advises the Scientific Advisory Board of the Billion Oyster Project, which seeks to restore urban marine ecosystems while training high school students in marine science. She received her B.A. in Anthropology and Biology from Yale University, and PhD in Biological Sciences from Stanford University’s Hopkins Marine Station.