"Emanation and Decay of Environmental DNA from Three Molluscan Species"

A Thesis Defense by Emily Pierce 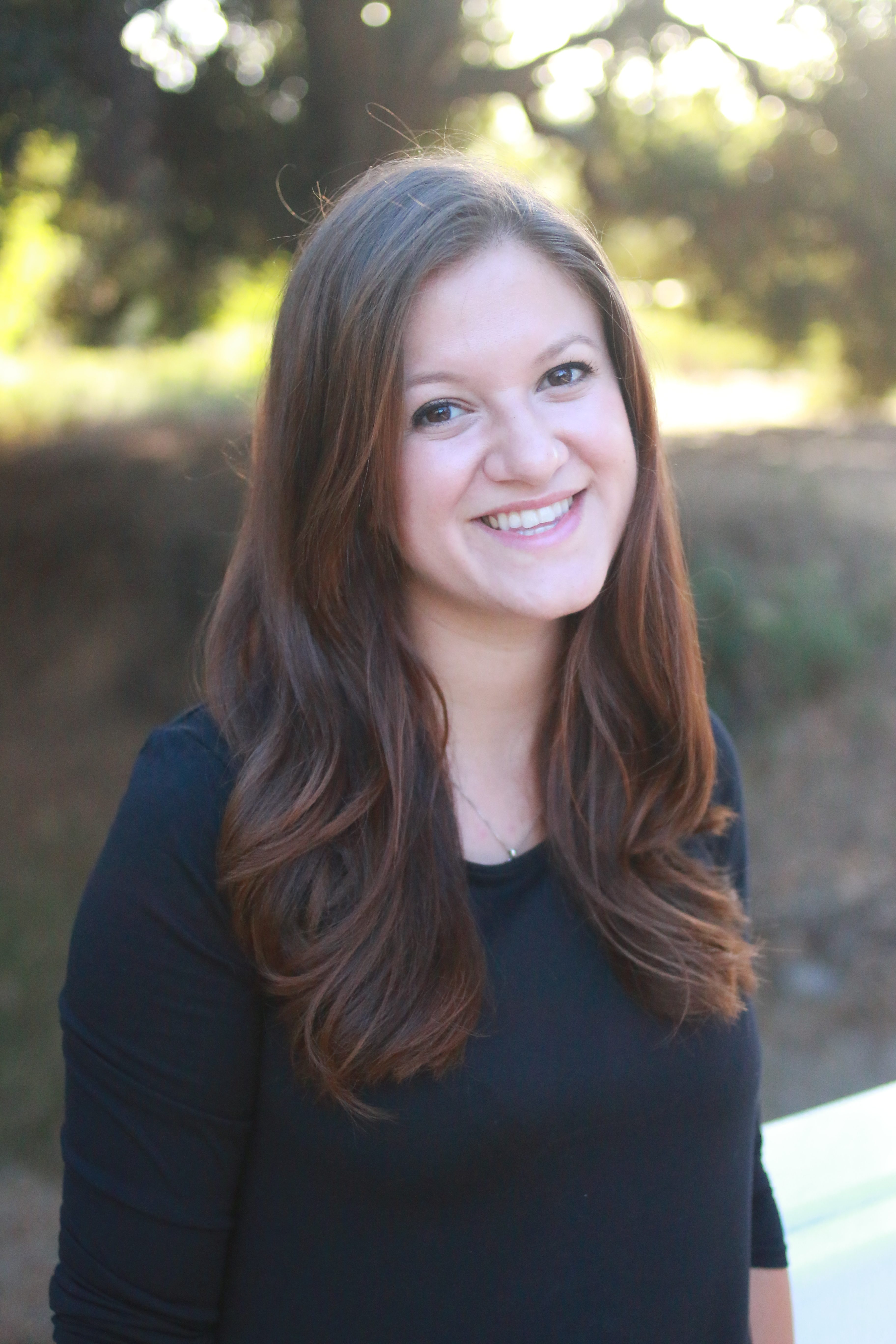 Emily has loved marine invertebrates since visiting aquariums and tide pools as a young child. When she moved away from the ocean, she had pet snails so she could continue to learn about molluscs and slimy things, even though she lived in the desert. Emily received a B.S. in Biology from Pepperdine University, where she had a chance to work as an undergraduate researcher and teaching assistant for 3 years. Her research interests include invertebrate zoology and molecular biology, but she is also passionate about education and reaching underserved populations with marine biological knowledge. Emily will move on to a Ph.D. program in collaboration with the University of Maine, University of New England, and the Bigelow Laboratories under the Maine EPSCoR project to continue working with environmental DNA, this time searching for invasive species on the Maine Coast. 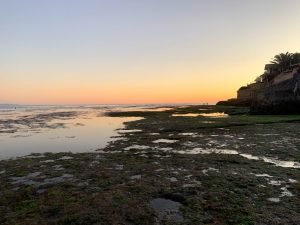 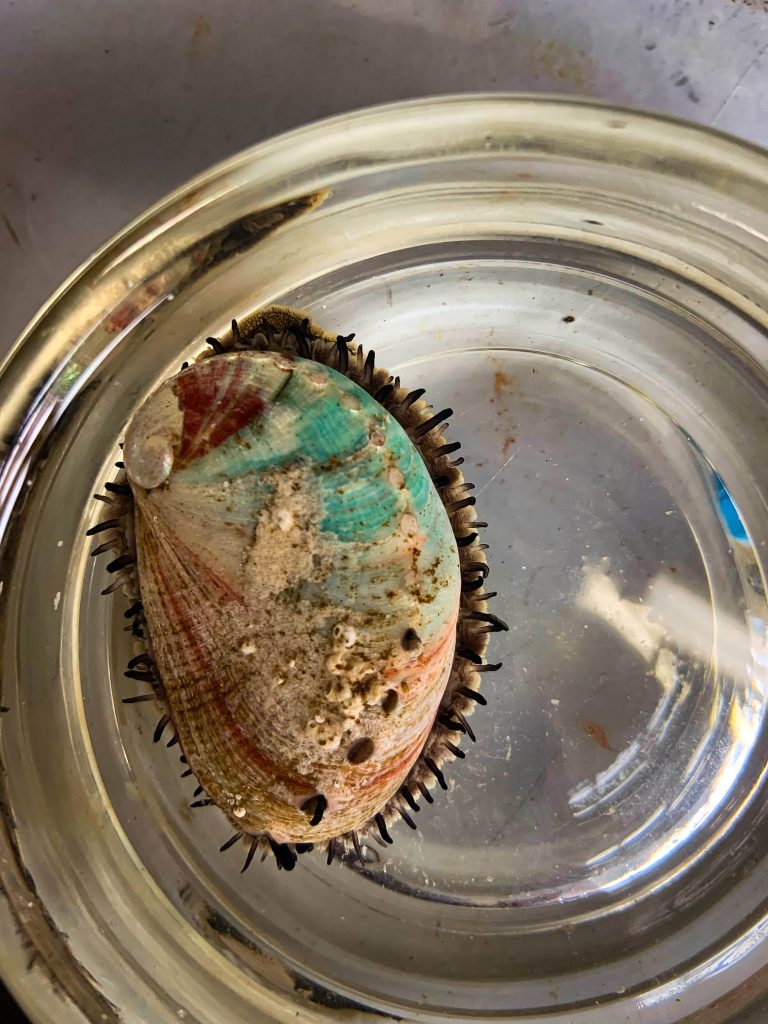 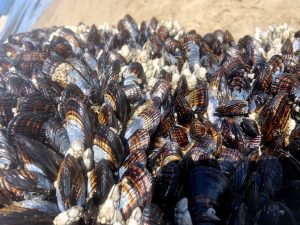 Environmental DNA (eDNA) is nucleic acids outside of living organisms found in air, soil, water, and ice. It is shed by organisms through waste and other bodily fluids, as well as cells sloughed off the outside of an organism. eDNA breaks down over time, especially when exposed to UV, heat, and bacteria. Scientists can analyze eDNA to identify organisms in an area, though the rate at which it is emanated and decayed seem to vary from organism to organism, complicating interpretation of results. The present study sought to quantify the rates of emanation and decay through a series of in vitro experiments for three species, Mytilus californianus (the California blue mussel), Haliotis rufescens (the red abalone), and Lottia scabra (the rough limpet). I found that eDNA emanation rates varied based on species, size, and activity level, and that rates of decay can be influenced by bacterial activity and time under treatment. This data can be used by scientists and managers to interpret eDNA signals of these commercially or ecologically important molluscs to help protect these species and the communities in which they belong.

MLML's annual Open House has not only been a wonderful, kid-friendly event, it has also been an opportunity for students to raise money for their own scholarships. The good news is that there's still something we can do! In the spirit of Open House (public, free, outreach), we will share videos, images and more from past open houses. In turn, we hope this encourages the public to support our students by donating to our on-line crowdfunding campaign: https://power.sjsu.edu/project/20607 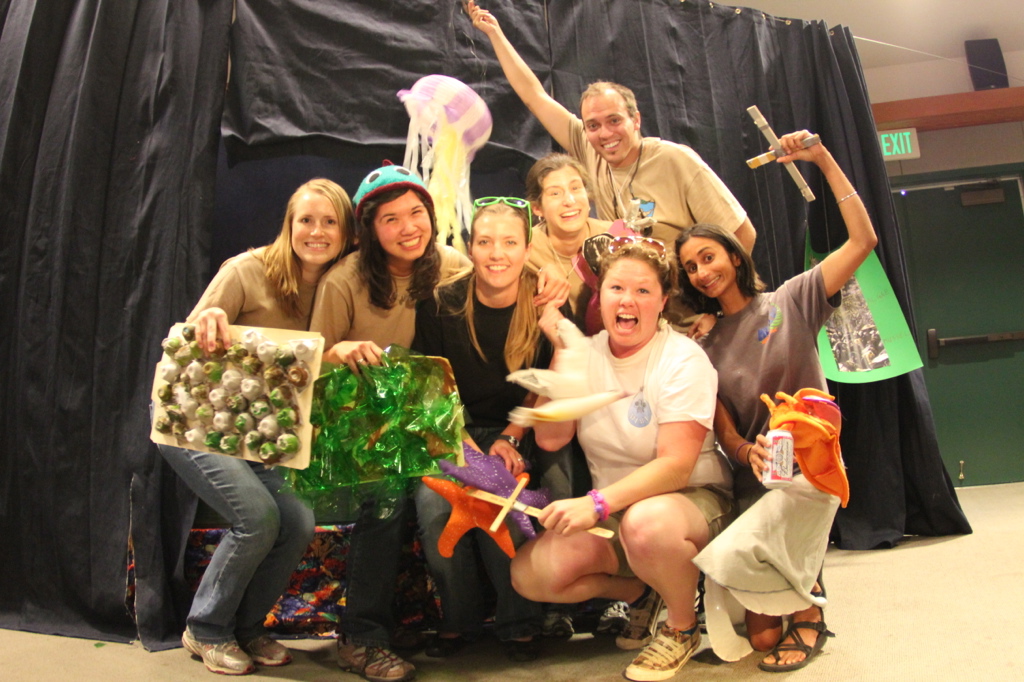 German nature show, Terra X, selects MLML for their episode on “Kelp – What super algae can do”. Phycology student, Ann Bishop, shows off her science communication skills by teaching the TerraX audience about bull kelp, the kelp canopy, the kelp forest ecosystem and the importance of kelp habitats to ocean health. Director, Ross Clark, & manager, Kevin O' Connor, of the SJSU/MLML Central Coast Wetlands Group were also interviewed. In the segment, Clark, discusses the most recent “warm blob”, that resulted in a massive purple urchin recruitment, which then decimated the North Pacific kelp forests. O' Connor then gives viewers the scoop on CCWG's latest research to feed cattle with algae. The research aims to reduce methane emissions by up to 90%!