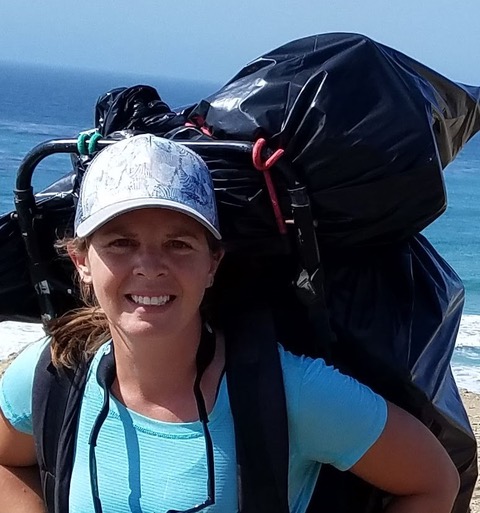 Sherry Lippiatt is the California Regional Coordinator for the National Oceanic and Atmospheric Administration Marine Debris Program (NOAA MDP). She works with stakeholders to identify regional marine debris priorities and provides expertise and oversight for MDP-funded prevention, removal, and research projects in the state. Sherry partnered with the California Ocean Protection Council to develop and implement the California Ocean Litter Prevention Strategy and leads the MDP’s flagship citizen science program, the Marine Debris Monitoring and Assessment Project. Sherry came to the NOAA MDP in 2010 as a Knauss Sea Grant Fellow and was honored as a 2016 NOAA National Ocean Service Team Member of the Year. Sherry earned a Ph.D. in Ocean Sciences from the University of California Santa Cruz.

Marine debris is one of the most widespread pollution problems facing the world's ocean and waterways. Huge amounts of consumer plastics, lost fishing gear, and other items lead to chemical and physical impacts on marine species and habitats, and socioeconomic impacts on coastal communities. With an estimated eight million metric tons of mismanaged plastic waste entering the ocean every year, everyone has a role to play in preventing debris at the source. This presentation will include an overview of this multifaceted issue and approaches to prevention, the state of the science on marine debris sources, fate, and effects, and a summary of current efforts in the field with a special focus on California.

Sherry Lippiatt Presents: “Turning off the Tap on California’s Trash”