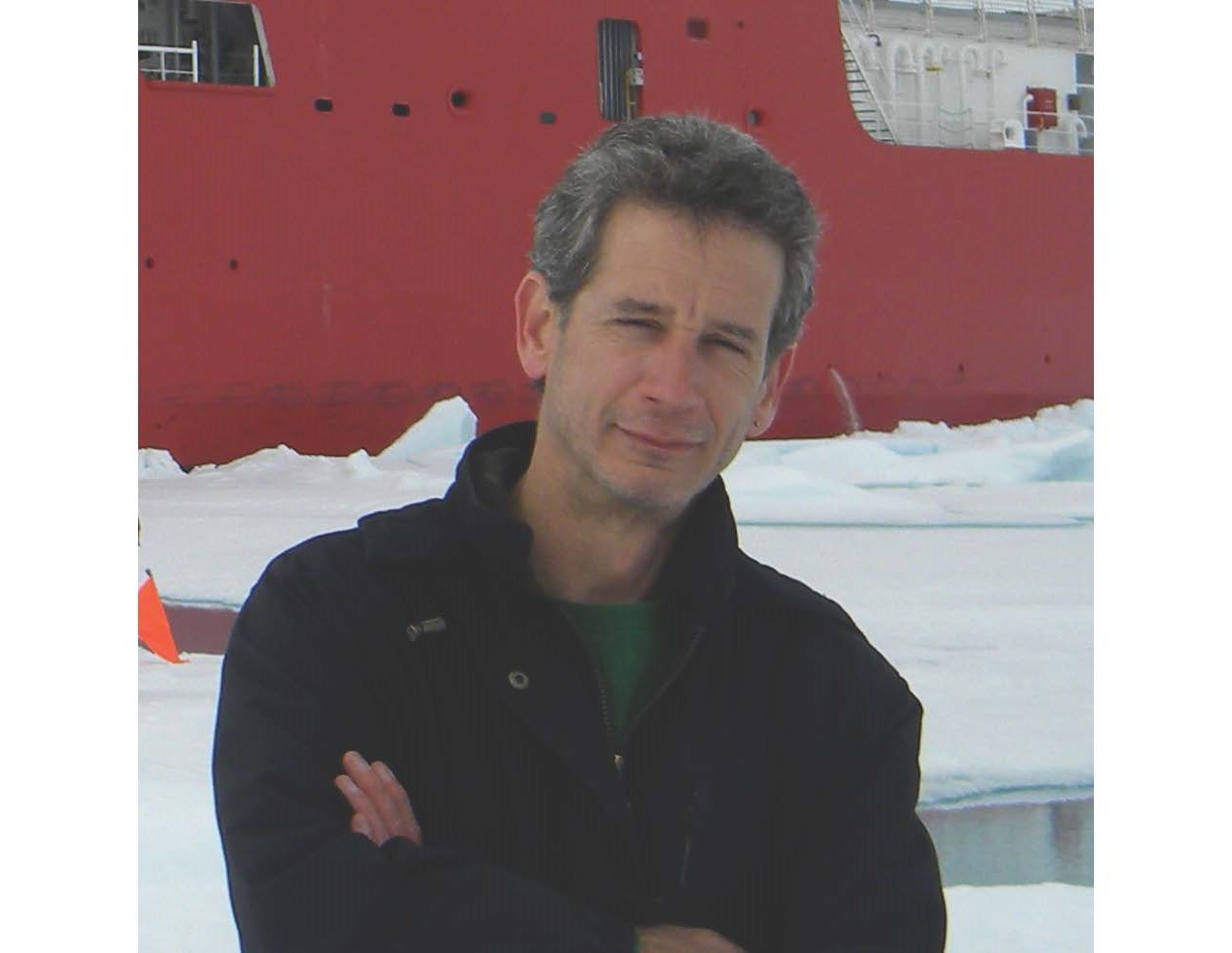 Kevin is a biological oceanographer at Stanford University.  He studies the microbial ecology of polar ecosystems to better understand their role in marine food webs, nutrient cycling, and productivity.  His research focuses on photosynthetic organisms living in the sea ice and the ocean and how they are able to thrive in such extreme polar conditions.

Recent observations contradict the paradigm that waters beneath the consolidated Arctic Ocean ice pack harbor little planktonic life. However, high concentrations of phytoplankton biomass beneath Arctic sea ice have been reported in areas as widespread as Resolute Bay, Baffin Bay, the Barents Sea, the Laptev Sea, and the Chukchi Sea. The largest and most well documented of these under-ice blooms was observed in the Chukchi Sea beneath fully consolidated sea ice. At its peak, the algal biomass associated with this feature rivaled that of the most productive ocean ecosystems on Earth. It is likely that, in the present climate, under-ice blooms, while largely unaccounted for, are more prevalent and more productive than is presently understood. Because these under-ice blooms are invisible to satellite sensors, seasonally ice covered waters on Arctic continental shelves have the potential to support vastly higher rates of NPP than has been attributed to them in the past.