Hosted by The Vertebrate Ecology Lab 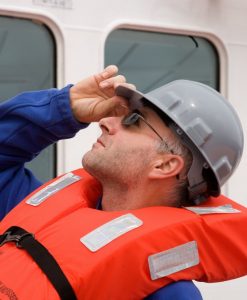 The Urania Basin (Eastern Mediterranean) is a Deep Hypersaline Anoxic Basin (DHAB) characterized by extreme physical and chemical conditions including very high temperatures (>50ºC), very high salinities (more than 5X seawater) and some of the highest methane concentrations ever recorded in the water column (up to 3.8 mmol/L). Although the Urania Basin is a classic example of DHAB and has been investigated multiple times in the past 30 years, a recent deep-sea expedition made some groundbreaking discoveries both in terms of the physics/geology of the environment as well as concerning occurrence and distribution of microbial life in arguably one of earth's most extreme and inhospitable environments.We found that the lower half of the deep water brine is filled with a very fine (~6µm), high-density (>1.6g/cm3) fluid mud mainly composed of floating modern and fossil species of coccoliths. Because of thermal convection and the very fine size of the coccolith particles, we hypothesized that without accelerating mechanisms (e.g. fecal pellets) the mud could stay in suspension for times longer than the slowest normal pelagic settling creating what looks like an ‘expansion’ of the seafloor several tens of meters into the brine. Based on a  diffusive-convective model, the origin of the Urania Basin stratification has be dated to 1650 years B.P., and may be linked to a major earthquake in the region. This deep-water basin characterized by an expansion of the seafloor into the water column, a 'zero-gravity' environment where particle are capable of staying in suspension for long times, and with a highly diversified microbial life that has more affinity to the deep subseafloor than to the water column could be a model system for life in other planets and moons (e.g. Europa).