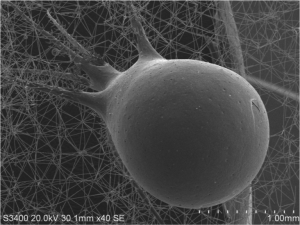 Popular science magazines and documentaries depict marine scientists as sea going adventurers equipped with a pair of binoculars or a fish net, or explorers who dive in the abyss using SCUBA or with submersibles to observe the ‘big’ things that populate the oceans.

The development of modern marine science in the last century has demonstrated that it is only by fully understanding the small-scale processes and features that we improve our knowledge of the vastness and complexity of the ocean’s habitats. In a sense, the small (the ‘micro’) is the new frontier to understand the big (the ‘macro’).

The numbers speak for themselves. According to recent estimates, about ½ of the global biomass (the weight of all living things) could be made of single celled microbes most of which live in or underneath the oceans. Big living things are at the top of very complex food webs while foundations are made of often very small organisms: for instance a whale can consume as much as 40 million krill per day. Big geologic features like mid-ocean ridges (the largest mountain chains on earth) are made of minerals invisible to the naked eye. And much of the sediments that fill up the ocean basins are made of the hard remains of tiny planktonic organisms that populated the oceans thousands to millions of years ago.

To study the small world of the oceans, classic tools of marine science are not enough to observe and collect valid scientific data. The observation of the microscopic features of marine organisms such as corals, foraminifera, diatoms or sponges or the interior structures of organic cells (nucleus, mitochondria...etc.) requires very high magnifications, 10,000 and larger, more powerful than the optical microscopes, limited by the physics of light can yield.

Electron microscopes are scientific instruments that use a beam of energy electrons that allow us to ‘see’ objects on a very fine scale. The electrons are accelerated by a high voltage electron gun in a cathode ray tube (yes like the one used in the old school televisions) and condensed in a beam that scans and interacts with the specimen: the interactions produces new (secondary) electrons or backscattered (primary) electrons that are captured by a detector and turned into an electrical signal. A computer analyzes the signal and based on the location of the beam and intensity of the signal converts it into an image. 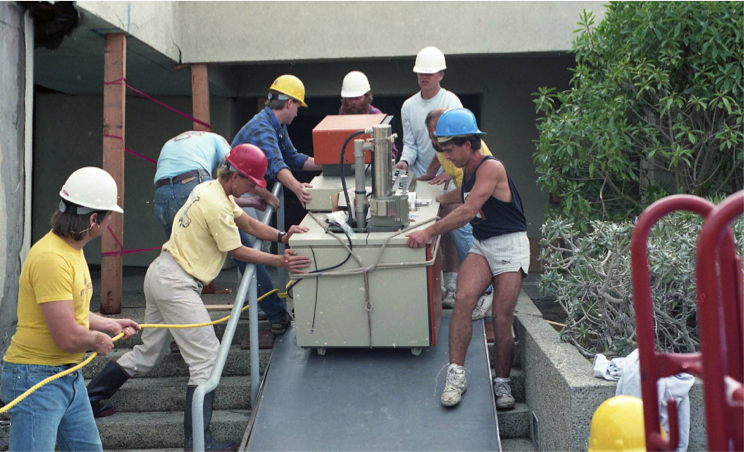 Moss Landing Marine Laboratories has been at the forefront of scanning electron microscopy to study of the ultrasmall world in marine science since the very beginning of this technology. In the early 1970s, the lab acquired a Topcon SEM. It was the work of MLML’s first faculty member Dr. James Nybakken used the SEM to explore the world of marine invertebrates (James Nybakken: the first faculty member of MLML; https://mlml.sjsu.edu/2016/06/16/james-nybakken-the-first-faculty-member-of-mlml/). Signe Amanda Lundstrum a lab technician for Dr. Nybakken in the early 1970s served as the first SEM technician until 1989 the year when the Loma Prieta 1989 earthquake destroyed the old building.

After the earthquake the SEM was setup in the Salinas trailers with the help of Signe. Guillermo Moreno then replaced her for a few years and finally Sara Tanner has been the main SEM technician until 2015. While MLML was in Salinas, Sara operated an ISI SX30 SEM from 1994 until the lab moved to its present location at Moss Landing, when we purchased a Hitachi S520 in 2000.

Sara Tanner’s specialty has been to distinguish and define fine structures necessary for phytoplankton identification, and she has numerous collaborations including important studies on iron fertilization with Kenneth Coale.

In 2009, through an institutional grant supported by the NSF Major Research Instrumentation Program, MLML acquired a Hitachi S-3400N-II, a modern low-vacuum SEM, equipped with an X-ray spectrometer EDX. These state of the art instruments and the large sample holder (10cm) of the new SEM have significantly increased the ability of faculty, research and scientists from nearby institutions to conduct microanalysis of biological material, sediments, rocks, hard skeletal parts, and other materials. 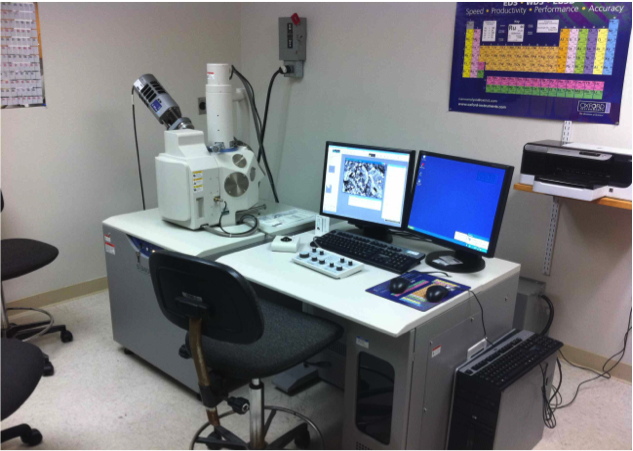 The low-vacuum capability of the new SEM together with the X-ray spectrometer combine the power of back-scattered electron imaging with the ability to display the distribution and quantification of elements therefore the stoichiometry of the targeted material. This technique, based on the characteristic X-ray radiation produced by a substance bombarded by an accelerated beam of electrons, is fundamental to determine the composition of unknown minerals and other biological and non-biological materials at the nanno-scale.

Since 2009, there have been many examples of multidisciplinary studies done by faculty and students in many labs within and outside MLML.

Undoubtedly this relatively new instrument with its incredible imagining and compositional capabilities will give further opportunities to investigate the micro-world of marine sciences and will inspire future generation of MLML’s students.

Special thanks to Sara Tanner and Lynn McMasters for helping with pictures and stories for this blog!