50 years of the Sea Grant vision: science serving the coast

What is Sea Grant and what do you do at MLML?  That is the question I am most often asked when I tell people I am with California Sea Grant and MLML. If I am busy I usually utter something cryptic like “Sea Grant helps coastal communities” and then hurry away because it often takes me several rounds of my favorite beverage to fully explain Sea Grant. Looking back in time, I was in the job for a few years before I began to understand the entire scope of California Sea Grant.

The long answer “What is Sea Grant?” goes back 50 years to the same year that MLML was born. Our country was in a period of time when there was an emphasis on science and asserting U.S. control over the natural resources of the Exclusive Economic Zone (the coastal ocean out to 200 miles off the coast); Congress wanted to make university research available to help communities utilize our nation’s coastal resources and started sending money to research institutions – see Director Harvey’s last blog: The OTHERS THAT TURNED 50 to learn about other marine labs that started in the 1960s.

In 1966, Congress and President Johnson established the National Sea Grant Program. Conceived as a Federal-State partnership, the National Sea Grant College program now has 33 partnership programs - one in every coastal and Great Lakes state, Puerto Rico, and Guam. Each of the 33 Sea Grant programs receives an annual grant from NOAA to fund applied research, extension, and communication programs – the 3 legs of the national plan to “put science to work for America’s coastal communities”. California Sea Grant is headquartered in the Scripps Institution of Oceanography at UC San Diego.

As an aside for all you PIs who’ve had funding from Sea Grant over the years, the original 1966 legislation requires the onerous 50% match for federal dollars!

Sea Grant and MLML have had a close relationship since they were created 50 years ago, primarily because both groups have the goal of conducting high quality applied research to help solve environmental problems. In the early years of Sea Grant, the emphasis was on improving ways to extract, process, and distribute resources (fishes, invertebrates, oil, gas, etc.) from the coastal zone, but by the 1990s it became apparent that people and businesses were really good at extracting resources and that Sea Grant research was needed to help prevent or minimize problems associated with overfishing, water pollution, invasive species, tsunamis, coastal erosion, coastal armoring, and wetland loss, among other things. Sea Grant research changes as societal needs change, so now the national focus is on providing information to maintain healthy coastal ecosystems, resilient communities and economies, ensure sustainable fisheries, increase aquaculture products, help communities adapt to climate change, and help improve environmental literacy and workforce development.

As early as 1973 the collaboration between California Sea Grant and MLML was evident as James Jensen and Sara Tanner wrote a MLML – Sea Grant sponsored technical report that contained an annotated checklist of the marine algae of the Moss Landing Jetty. Soon afterwards, MLML researchers received Sea Grant funds to lead a large multi-disciplinary, multi-year research effort to understand the biology of market squid. MLML Director Jim Harvey (then a shaggy-haired grad student) and Professor Gregor Cailliet (then a hard working volleyball player disguised as a professor) played big roles in that project. In 1978, after three years of research, the group summarized and published the biological, oceanographic and acoustic aspects of the market squid in Cal Fish and Game Fish Bulletin 169. That work was an important contribution to the knowledge of one of the state’s biggest fisheries. Other work conducted in the 1970s by Drs. Cailliet and Nybakken included ecological investigations of the Sablefish trap fishery and studies of Elkhorn Slough ecology to improve wetland management.

For several years in the 1980s Sea Grant provided funds to Mike Foster to help support MLML Open Houses. Sea Grant also provided some support for new equipment when the old lab was remodeled in the 1980s (pre- earthquake).  Examples of a few grants that came to Greg Cailliet and MLML in the 80s include: 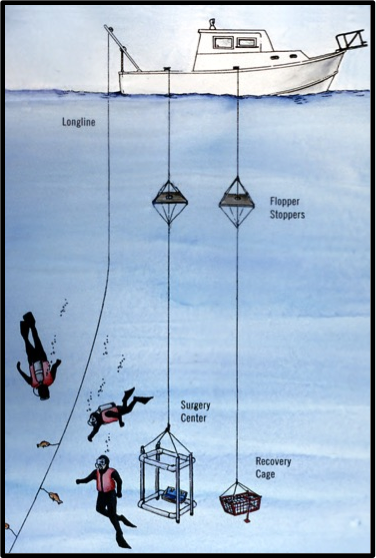 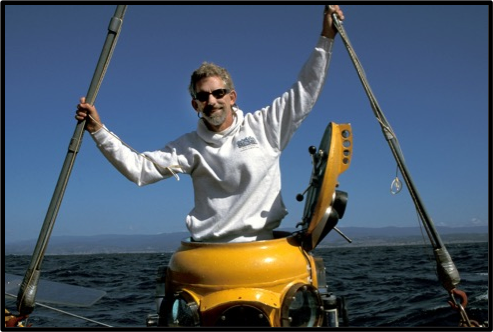 John Heine in the Delta submersible, photo by Rick Starr

The Sea Grant – MLML connection goes beyond funding research. The California Sea Grant Extension Program has been active in the Monterey Bay region since the early 1970s. University academics with Extension positions in California are tasked with “extending” university research by helping coastal communities solve practical problems. The way California Sea Grant Extension does this is by using collaborative research as a tool. Extension people listen to user groups, identify issues that can be better addressed with more information, and engage other academics and communities in research projects.

Tommy Thompson was the original Sea Grant Extension Agent - had an office at the labs in the early 1970s and was the lab’s dive officer. He started the Monterey Bay Salmon and Trout Project, which at the time was focused on rearing salmon smolts in marine waters to enhance the fishery. Later in the 70s Jim Waldvogel continued to help the Salmon and Trout Project before he moved to Crescent City.

In the early-1980s MLML welcomed California Sea Grant Extension Agent Ed Melvin to MLML. Ed worked on a variety of fishery issues, such as on-board handling of salmon and albacore, working with the new Vietnamese immigrant fishermen in the area, and was a mainstay of the Advisory Committee that guided the development of the Elkhorn Slough National Estuarine Research Reserve. As the 1990s arrived, Ed Melvin and Greg Cailliet began to work on everyone’s favorite slime producer – the Pacific Hagfish.   Ed moved to Seattle in 1990 to work for Washington Sea Grant. For years now Ed has been a leader in the development of techniques to prevent seabird mortalities in longline fisheries. Also, MLML graduate Susan McBride (now Susan Schlosser) served as an Extension Specialist in Eureka from 1992 until she retired in 2012.

After a 2-year gap, I arrived in 1992 to continue the California Sea Grant – MLML connection. That was quite a transition for me. I came from a beautiful research facility in Oregon to a leaky shack (i.e. trailer) in the parking lot of the shore lab. When the wind blew hard in the summer time I had to cover my computer and leave the trailer because wind blew sand sideways across the “office”. That was better than the winter, however, because when it rained I had to cover my desk with a tarp and put buckets out to collect water as it gushed through the leaky roof. Ahh, but those were the Good Old Days, I was just a few steps away from the beach and the volleyball court.

The California Collaborative Fisheries Research Program here at MLML is an example of an Extension project. In the last 10 years, more than 30 MLML grad students have worked at sea with >800 volunteer anglers to catch, tag, and release fish inside and outside marine reserves. While we have been tagging fish, we’ve talked with fishermen and educated people about the life history and management of fishes, conservation needs and resource policy approaches (e.g., the values of reserves). Dean Wendt of Cal Poly SLO and I created CCFRP because we believe that management of resources is best accomplished if user groups are involved in data collection. This project typifies the premise of Sea Grant Extension work – that resource management solutions are more lasting if interested public parties are involved.

At that time I started in my leaky shack Gregor, Val Loeb, and Mary Yoklavich received Sea Grant funds to investigate the distribution, abundance, and recruitment of larval rockfish while in the trailers in Salinas. Also Kenneth Coale and Greg Cailliet, Allen Andrews, and Erica Burton worked with Sea Grant funding to develop techniques for using radioactive isotopes to validate ages of long-lived rockfishes. That work continued with Allen Andrews, who used bomb carbon signatures to age fishes. Next came Sea Grant funds to help survey shark and ray fisheries in the Gulf of California. In addition to providing excellent information about elasmobranchs in Baja, that project provided bundles of fun. Read Joe Bizzarro’s blog (Baja Adventures) for a sample of their (mis)adventures.

One of the best areas of intersection between MLML and Sea Grant is each institution’s commitment to training new scientists. MLML’s philosophy of having grad students play major roles in field research projects not only results in lost or ruined equipment (call that gaining experience!), but also provides amazing training. Sea Grant has been glad to help support this philosophy by providing funding for “Traineeships” on research grants. Approximately two MLML students receive education and full research funding from California Sea Grant each year, and many others have received partial funding and work opportunities. As an example, Dave Ebert recounts that one Sea Grant project he had (studies of demersal Chondrichthyans) supported Lewis Barnett and Chris Rinewalt as Trainees, and another 8 students for a total of 10 students! By the way, that one project resulted in ~20 peer-reviewed publications so far, with a few more still to come.  Similarly, funding I’ve received has partially or fully supported about 3-5 students per year in the last 20 years.

As you can tell from the last few paragraphs, funding in the first 30 years of MLML and Sea Grant was directed towards basic information about the biology of fishes. Sea Grant funding to MLML has diversified in the last 15 years. In the early 2000s Gary Greene and Rikk Kvitek received Sea Grant funds to develop and publish a habitat characterization of the California Continental Margin. Similarly, Lisa Kerr, Jason Cope and I received Sea Grant funds to publish a book on the Trends in Fisheries and Fishery Resources of the Monterey Bay National Marine Sanctuary. Just after that time, Mike Graham successfully competed for Sea Grant funds to study the population dynamics of the invasive kelp Undaria in Santa Barbara harbor. Mike followed that work up with a Sea Grant to culture red seaweeds to add to red abalone diets. Mike also was successful in getting a grant to develop methods for kelp preservation for feeding abalone.

Venturing further from studies of species of commercial use, from 2008–2011 Sea Grant funded Jim Harvey, Josh Adams, and Erika McPhee-Shaw to track Sooty Shearwaters to identify pathways of connectivity of Shearwaters in the California Current Upwelling System. Also, Larry Breaker was funded about that time to investigate why water temperatures in central California were decreasing as global atmospheric temperatures were increasing. Diana Stellar was awarded a grant in 2010 to study Rhodoliths with students Paul Tompkins, Scott Gabara, and Kristin Meagher.  Diana reminds us that Rhodolith means ‘red stone’ and they are unattached coralline algal nodules that roll around on the seafloor with the help of waves and currents.  Collectively they form a unique habitat over soft sedimentary bottoms and occur worldwide from the poles to the tropics!

Sea Grant funding to MLML in recent years has been focused on future ocean changes. A sample of projects MLML PIs have received recently includes: 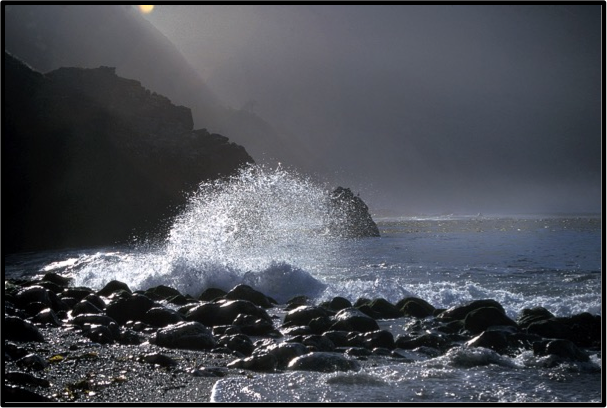 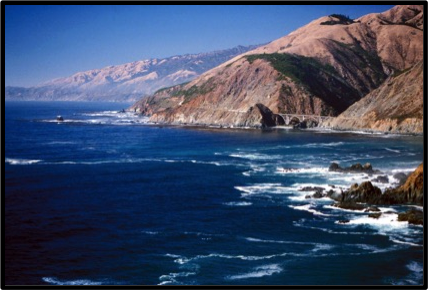 California sea lions aboard the stern of a seiner. Photo by Rick Starr 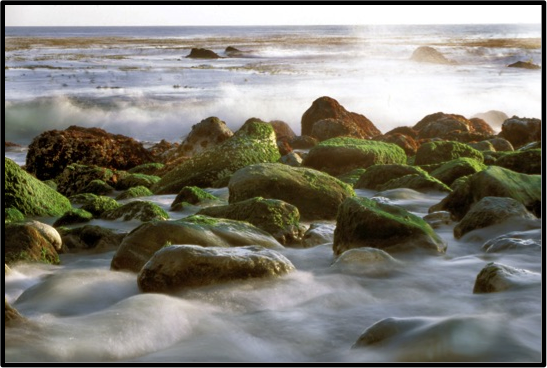 Sea Grant and MLML have enjoyed a great partnership for many years. Sea Grant has provided funding for research, graduate traineeships, and helped publish and distribute information generated from the research. MLML has helped Sea Grant by conducting great research, training grad students to be interested in solving societal issues, and housing Sea Grant Extension Specialists. We expect the partnership will continue to grow and thrive. Next fall we plan to advertise for a joint Sea Grant/MLML position in aquaculture. Both Sea Grant and MLML believe that an aquaculture program here at MLML has tremendous potential to help serve Californians. We look forward to another 50 years of collaboration.