Each cohort of students coming through MLML has brought a unique personality and spirit and left the Lab’s history and traditions richer. The musical tastes of each group and the collection of musicians among them have been part of that tradition. On my very first visit to MLML, stretching back to 1969, I recall walking into the old lab on the beach and being drawn down the long hallway by a compelling sound. I came to the door of the oceanography lab and sitting on a stool, peering into the readout of a coulter-counter, was a bearded, bespectacled fellow plucking on a 5-string banjo. I was mesmerized. Dave Sielstadt was one of the early technicians at the Lab and there he was gathering data and picking a tune. I knew I’d come to the right place.

In the late 70’s and early 80’s, several students converged at ML who had an interest in string band and country music. The swirling configuration of musicians included Tom Harvey, whose guitar, vocals and extensive repertoire provided an anchor for what became known as the Slough Stompers. Tom was joined by Jim Oakden on mandolin, pennywhistle, guitar and whatever else was needed, Mark Silberstein on the 5-string Banjo, Chris Jong on Banjo and mandolin, Carl Schrader on Fiddle, Mike Reilly on washtub bass, Bruce Stewart vocals, and a parade of other ML students who contributed talent and spirit to the parties and soirees at the labs.

One of the fun things about the Stompers was the range of musical influences that were represented. Everybody had a different idea what the band was: Tom was convinced we were a Country Western band, Mark thought we were Bluegrass, to Chris we were an Old Timey band, and Jim really wanted us to be an Irish band. This mélange led to some interesting arrangements, and a pretty eclectic set list. Tom, as the primary singer, had the most influence, so the Stomper’s play list was heavily influenced by KFAT radio, predecessor to KPIG and included a heaping helping of Hank Williams, Jerry Jeff Walker, Ry Cooder, Merle Haggard, Willie Nelson, Emmy Lou Harris and other luminaries of that time. We did square dances too.

Many a ML party was fueled by cheap beer and the music of the Slough Stompers. Tom has vivid recollections of Mike Reilly's athletic virtuosity on the washtub bass, best demonstrated during his solo breaks. The photo below was taken at Dr. Morejohn’s retirement party, that was written about in an earlier blog. The last Slough Stomper's gigs were millenial reunion appearances for the dedication of the new Lab on the Hill on 8 April 2000, and Sheila Baldridge's  retirement party at the Monterey Bay Aquarium on 17 November 2000.

One offshoot, in the photo below, was Stomper alumni playing a concert on Diomede Island, smack dab in the middle of the Bering Straits. Jim Oakden and Mark Silberstein teamed up with the Canadian singer-songwriter, Ian Tamblyn to entertain the entire village of Little Diomede. Ian opened the show with “Quinn the Eskimo”.

Let us know if you have memories or images to share of the Stomper days and we want to hear from subsequent cohorts about the music and mashups that provided the beat for work, discoveries,  and partying at the labs.

PS from Jim Harvey: With enough encouragement, I am sure we can convince the Slough Stompers to bring their instruments and play a few songs for us at the Anniversary Party. 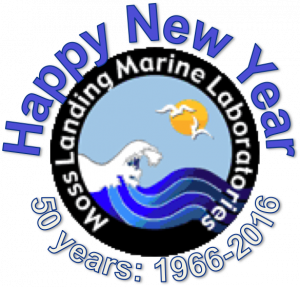