A Thesis Defense by Rachel Aitchison 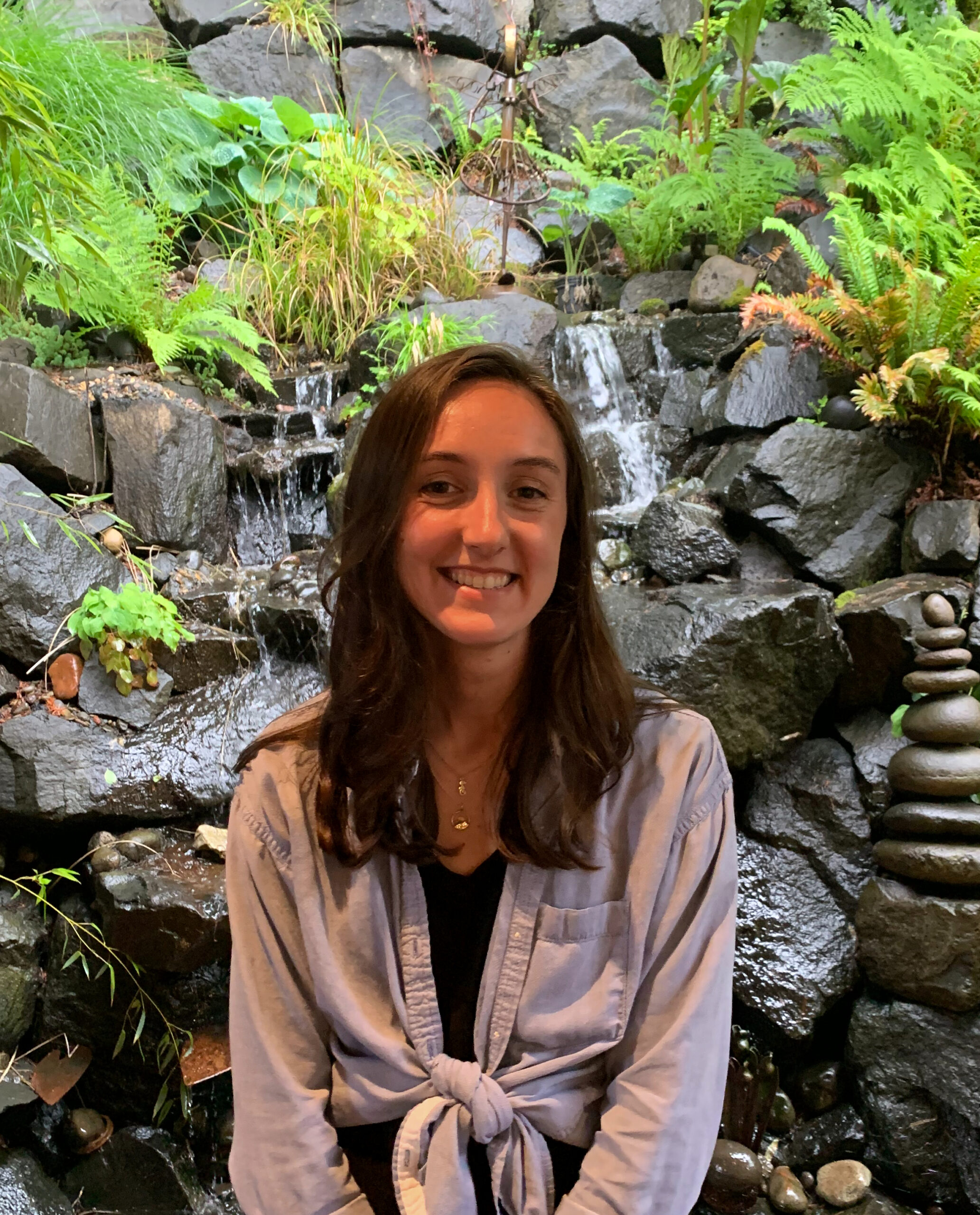 Rachel graduated from the University of Oregon in December of 2018 with a B.S. in Marine Biology. While she was there, she spent three semesters at the Oregon Institute of Marine Biology (OIMB) exploring the tidepools, catching fish, and searching for whales. She also joined the Everblue team, a nonprofit organization that uses social media to share the latest marine science research, and spent a semester in the Maslakova lab working on a Nemertean DNA barcoding project. After graduating, she worked as a Teaching Assistant and joined the Pacific Shark Research Center in the fall of 2019.

For her thesis, Rachel analyzed the morphology of three Data Deficient species of guitarfish from the Southwestern Indian Ocean in order to revise their species descriptions. She presented this research at the American Elasmobranch Society International Wedgefish and Guitarfish Symposium, which she also co-organized, and the Northeast Pacific Shark Symposium. While at MLML, Rachel also helped with several student thesis projects including the surf zone Marine Protected Area (MPA) monitoring project and understanding salmonid environmental DNA (eDNA) movement in rivers. When she's not working, Rachel enjoys hiking, painting, and caring for her many plants. After graduation, Rachel is looking forward to moving back to the Pacific Northwest to ski, prepare for a PhD program, and get married. 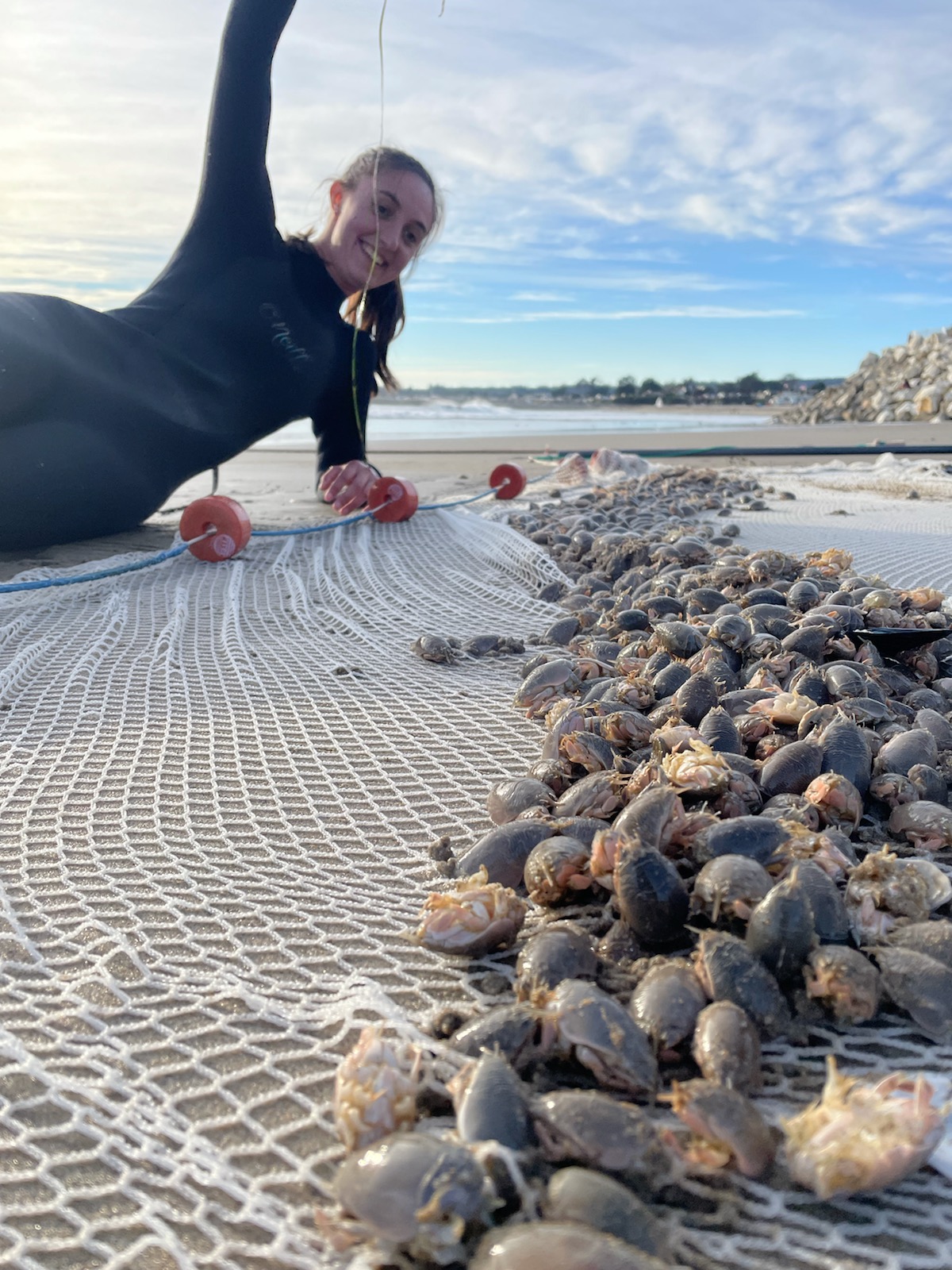 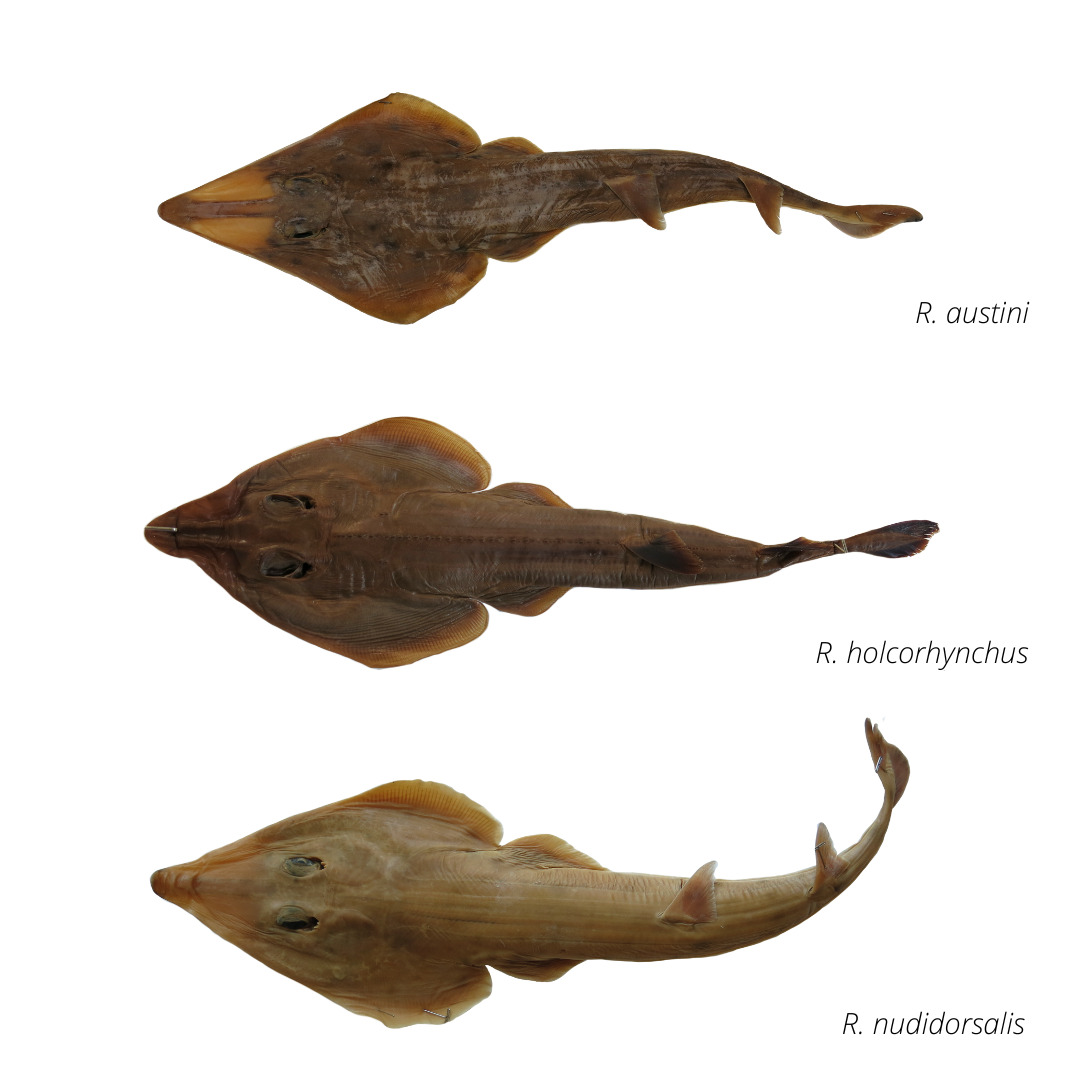 The shark-like rays (Rhinopristiformes) are found worldwide and are among the most threatened species of cartilaginous fishes. The guitarfishes (Rhinobatidae) are one of five families in this order, with many species being assessed as vulnerable, endangered, or critically endangered by the International Union for Conservation of Nature (IUCN). Current fisheries and conservation efforts are limited, however, due to unresolved taxonomic issues and poor species descriptions. Presently, there are three described species of Rhinobatos from the Southwestern Indian Ocean: Rhinobatos austini, R. holcorhynchus, and R. nudidorsalis. These three species of Rhinobatos are often mistaken for one another and are assessed as Data Deficient (DD). Until its description in 2017, R. austini was misidentified with the poorly defined, offshore occurring R. holcorhynchus. Rhinobatos nudidorsalis was described from a single specimen caught near the Mascarene Ridge in 2004, but may have been previously misidentified as R. holcorhynchus. The issue of misidentification is also often amplified by the lack of consistency in terminology and measurements for the Rhinopristiformes. Since the descriptions of R. austini and R. nudidorsalis, additional specimens have become available. Thus, a redescription of these three species is needed to clarify their taxonomic status. In addition, a guide to guitarfish morphology is needed to standardize measurements for this group by clarifying techniques and minimizing error across research groups.

Several Rhinobatos species descriptions and FAO (Food and Agricultural Organization of the United Nations) catalogs for cartilaginous fishes were reviewed to describe and define guitarfish measurements. Morphometrics from four congener species of Rhinobatos from the Indian Ocean that have been assessed by the IUCN were analyzed and served as comparative material for the three DD species. In addition to the traditional morphological analyses used to distinguish guitarfish species, morphometrics from all seven species were analyzed using three multivariate statistics: a Non-Metric Multidimensional Scaling (nMDS), a Principal Component Analysis (PCA), and a Linear Discriminant Analysis (LDA). Results from the LDA show distinct clusters for species of Indian Ocean Rhinobatos and indicate that the oronasal region is effective in differentiating Southwestern Indian Ocean species. In addition, R. austini, R. holcorhynchus, and R. nudidorsalis are confirmed as distinct species and redescribed based on new material. These redescriptions provide taxonomic clarity for Southwestern Indian Ocean guitarfishes and will aid in species-specific identification, leading to improvements in conservation and fisheries monitoring and management.