Hosted by the Fisheries and Conservation Biology Lab

Presenting: "North Atlantic right whales-Documenting the extinction with precision, or saving the ecosystem?" 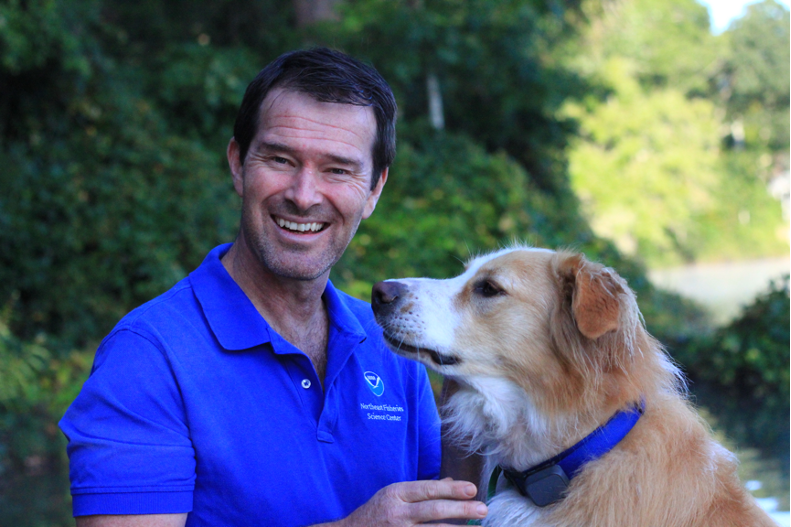 After growing up on a sheep farm in upstate NY, Sean received undergraduate degrees from SUNY Cobleskill and Cornell and his PhD from UC Santa Cruz, where he studied marine mammal physiology and behavior. After years in academia, Sean found his true passion lies in civil service when he joined the National Marine Fisheries Service (NMFS) in 2001. He has since worked on a broad range of challenges and species from pinnipeds to salmon to seabirds and cetaceans. His science experiences have taken him across the country from NMFS offices in Hawaii, California and Oregon, to serving under the NOAA Chief Scientist in Washington DC. In 2016, Sean became the Protected Species Branch Chief at NOAA’s Northeast Fisheries Science Center in Woods Hole, Massachusetts, where he works with teams leading the center’s ESA and MMPA research portfolio which includes salmon, marine mammals and sea-turtles. He is currently enjoying a ‘sweet spot’ in his career, where he remains engaged with the science but is able to affect change at higher levels. In this capacity, he is working to focus scientific effort on the ecological challenges of our marine resources in order to remove the ambiguity around stakeholder concerns, thus enabling managers and stakeholders to make scientifically informed decisions to ensure sustainability of our marine resources. He is also enjoying being much closer to his family farm in NY and exploring life in his home on beautiful Cape Cod with his pups, wife, and new daughter.