A Thesis Defense by Holly Doerr 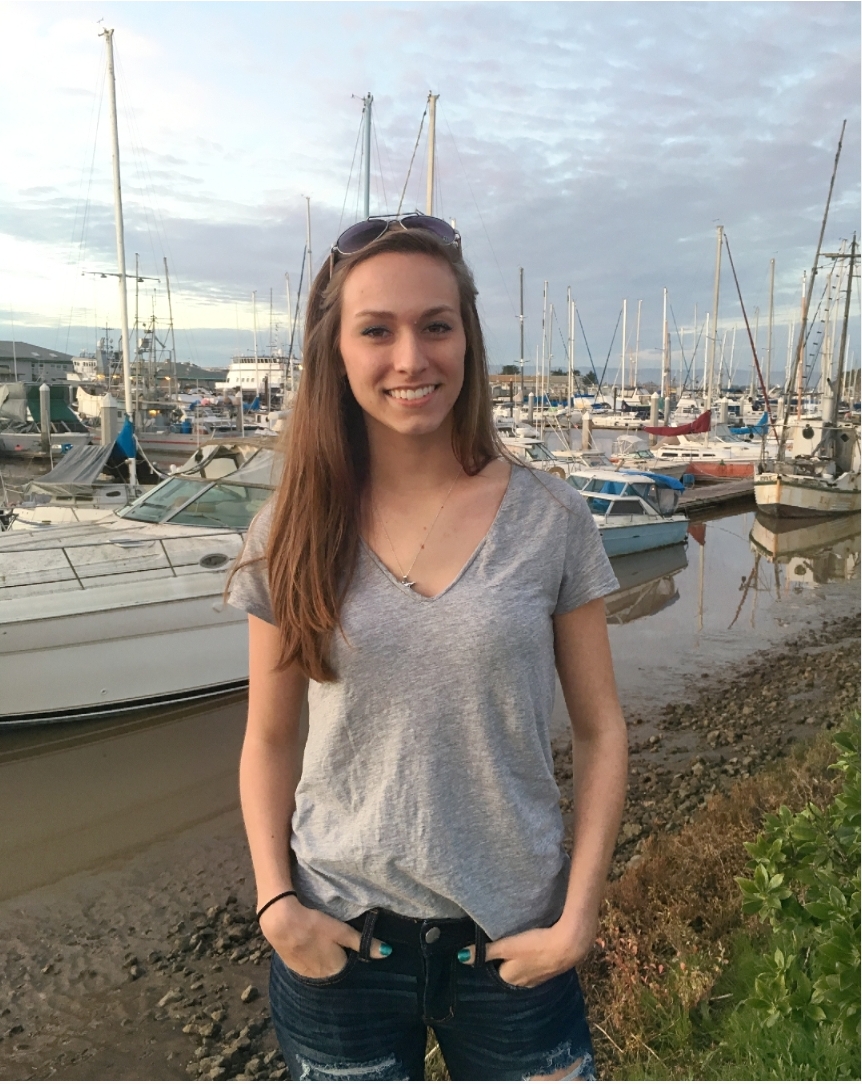 Holly graduated from the University of Missouri – Columbia (MU; MIZZOU) in 2016 with a B.S. in Biological Sciences. During her time at MU, she worked under the guidance of Dr. Elizabeth Bryda in her Comparative Medicine lab at the MU College of Veterinary Medicine and investigated the effects of exposure to a common brain parasite (Pseudoloma neurophilia) on the behavior of larval zebrafish for her undergraduate capstone projects, and also assisted then PhD student Daniel Davis with his research investigating the ability for a common probiotic (Lactobacillus plantarum) to mitigate stress-induced dysbiosis in the gut microbiome of adult zebrafish. Holly began the Moss Landing Marine Laboratories (MLML) Masters program in the fall of 2016, initially joining the Biological Oceanography Lab and later switching to join the Ichthyology Lab at MLML and the Logan Lab at CSUMB in April of 2018 after realizing her interests were better suited studying marine fish physiology. During her time at MLML, she thoroughly enjoyed countless friendships and the ability to help on at least 10 other lab and thesis projects both at the bench and in the field. Likewise, during this time Holly also served three semesters as student body vice president, volunteered at 4 Open House events on the food committee, in the puppet show and in both the Bio Oce and Ichthyology labs, and was employed in a variety of roles - including one year as Student IT Help Desk Assistant, a little over a year as a research technician on a Ballast Testing project, two semesters as a TA, and two years as a Naturalist/Deckhand for Sea Goddess Whale Watching in Moss Landing, CA. In January of 2021 she moved to North Carolina with her husband where she finished up her thesis writing and is currently employed part-time as a research technician on UNC - Chapel Hill's shark surveys. After graduation, Holly looks forward to spending more time pursuing hobbies of swimming, hiking, camping, painting and reading, and exploring North Carolina with her husband and two dogs! 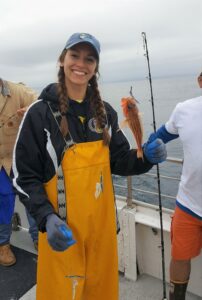 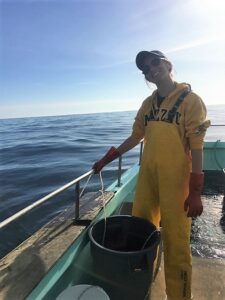 Anthropogenic climate change is predicted to trigger large-scale changes in ocean chemistry over the next few decades. These conditions may be exacerbated in coastal upwelling regions where strong, seasonal increases in pCO2 and hypoxia are expected to intensify under climate change. Nearshore rockfishes (genus Sebastes) may already be adapted to fluctuating upwelling environments along the west coast of North America, but further shifts in ocean chemistry could push individuals beyond their physiological thresholds. I examined the effects of future upwelling conditions by simulating fluctuating vs. static levels of combined high pCO2 and low dissolved oxygen (DO) on the gill transcriptomes of three juvenile rockfish congeners with different life histories: copper rockfish (Sebastes caurinus), gopher rockfish (S. carnatus) and black rockfish (S. melanops). Juveniles were collected and exposed to static-ambient (DO= 8mg/L; pH=8.0), static-moderate (DO=4.0mg/L; pH=7.5), static-extreme (DO=2.0mg/L; pH=7.3), or two fluctuating treatments that alternated between ambient and extreme conditions every 8 days, simulating upwelling and relaxation cycles. Gill tissue was sampled from fish following 13 weeks of exposure to each treatment. De novo transcriptome assemblies were constructed for each species, and compared for quality, completeness, and mapping rates across all samples.  The copper rockfish reference assembly was selected to map and compare differential gene expression for common orthologs across all species. I found significant changes in gene expression (edgeR, FDR<0.01) under all pair-wise comparisons of static vs. fluctuating treatments, with fluctuating treatment responses containing larger overall numbers of differentially expressed genes. Likewise, significant changes in gene expression of fishes from fluctuating-relaxation conditions vs. static-ambient may reflect persistent evidence of stress response after “recovering” from upwelling, or acclimatory preparation for subsequent upwelling exposure. Highly species-specific transcriptional responses appear to be related to life history differences and suggest the possibility of greater tolerance to future ocean chemistry in black rockfish, which was not reflected in the other species. Likewise, correlations of physiological data from the same copper and gopher rockfish to their respective expression responses suggest that these congeners rely on different molecular mechanisms to cope with environmental stressors. Comparing transcriptomic responses of rockfish exposed to static vs. fluctuating future upwelling conditions provides insights into the ways in which climate change will impact an ecologically and economically important group of marine fishes in North America.