Presenting: "Recovery of white sharks off California and what this means to coastal communities" 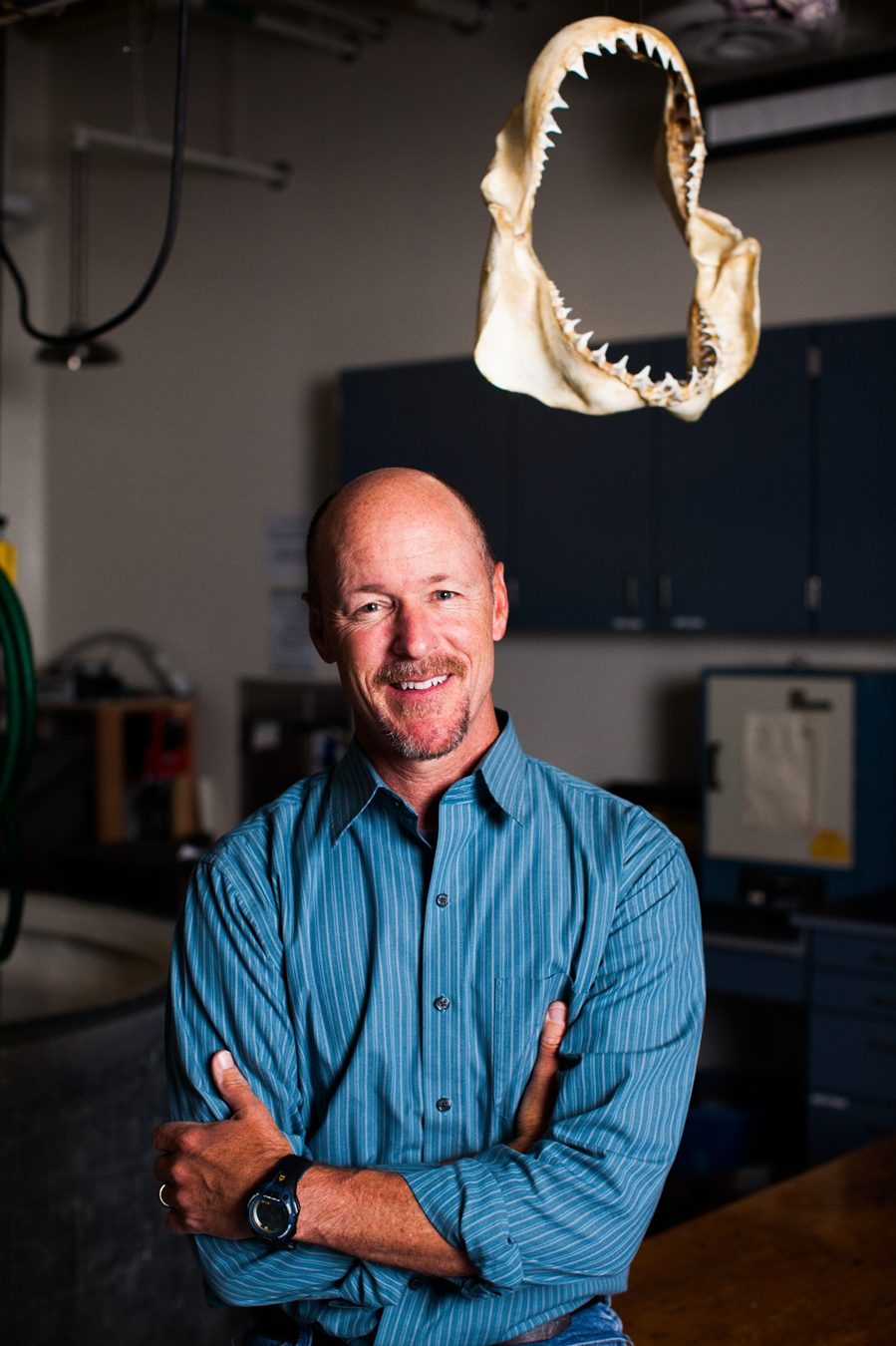 Dr. Chris Lowe is a professor in marine biology and director of the Shark Lab at California State University, Long Beach (CSULB), where he and his students work with acoustic and satellite telemetry techniques to study the movement, behavior and physiology of sharks, rays and gamefishes.   He has been an active scientific diver for 30 years, logging 100s of research related dives at “sharky” places including California, Hawaii, Northwestern Hawaiian Island, Palmyra Atoll, Belize, Bikini Atoll, Great Barrier Reef, and the Philippines.  Dr. Lowe serves on the CSU Ocean Studies Institute and USC Diving Control Boards.

Dr. Lowe earned his Bachelor of Arts in marine biology at Barrington College in Rhode Island and a Master of Science degree in biology at CSULB. In 1998, he earned a doctorate in zoology, studying bioenergetics of juvenile hammerhead sharks, at the University of Hawaii.

In 1998, he returned to CSULB to teach marine biology and oversee the Shark Lab, which was founded in 1966 by Dr. Donald R. Nelson, a pioneer in the development and use of acoustic telemetry to study sharks. It has been Dr. Lowe’s goal to maintain the history of innovation Dr. Nelson established. For the last ten years, he and his students have been studying the baby and juvenile white sharks of Southern California and have greatly contributed to the field of knowledge for this enigmatic species. In addition, recent research by Dr. Lowe and his student team has focused on the development of underwater robots for autonomously tracking sharks and gamefishes. He has garnered several academic awards, including CSULB’s 2008-2009 Outstanding Professor Award, 2012 CSULB Impact in Research Award, 2016 the Nell and John Wooden Ethics in Leadership Award, and recognized by the Orange County Register as among the top 100 Most Influential People.

As the climate, ocean and marine life continue to change, Dr. Lowe has become adept at speaking to media about how fluctuations in water temperatures and weather patterns have affected ocean life. He has appeared in many articles and on TV and radio broadcasts, including the PBS/BBC special “Big Blue Live”, “TODAY”, “Al Jazeera America”, “CBC News”, Newsweek, KNX Radio, the Orange County Register, Los Angeles Time and the Long Beach Press-Telegram, just to name a few.

Dr. Lowe grew up on Martha’s Vineyard, where he spent a majority of his youth fishing and diving the waters around Cape Cod. He comes from a long line of New England fishermen and whalers, and the first in his family to go to college, he believes a career focused on the ocean environment was inevitable.