The Biogeochemical Behavior and Speciation of Mercury in the Sea Surface Microlayer:

Implications for Transport to Watersheds via Fog

A Thesis Defense by Alex Olson 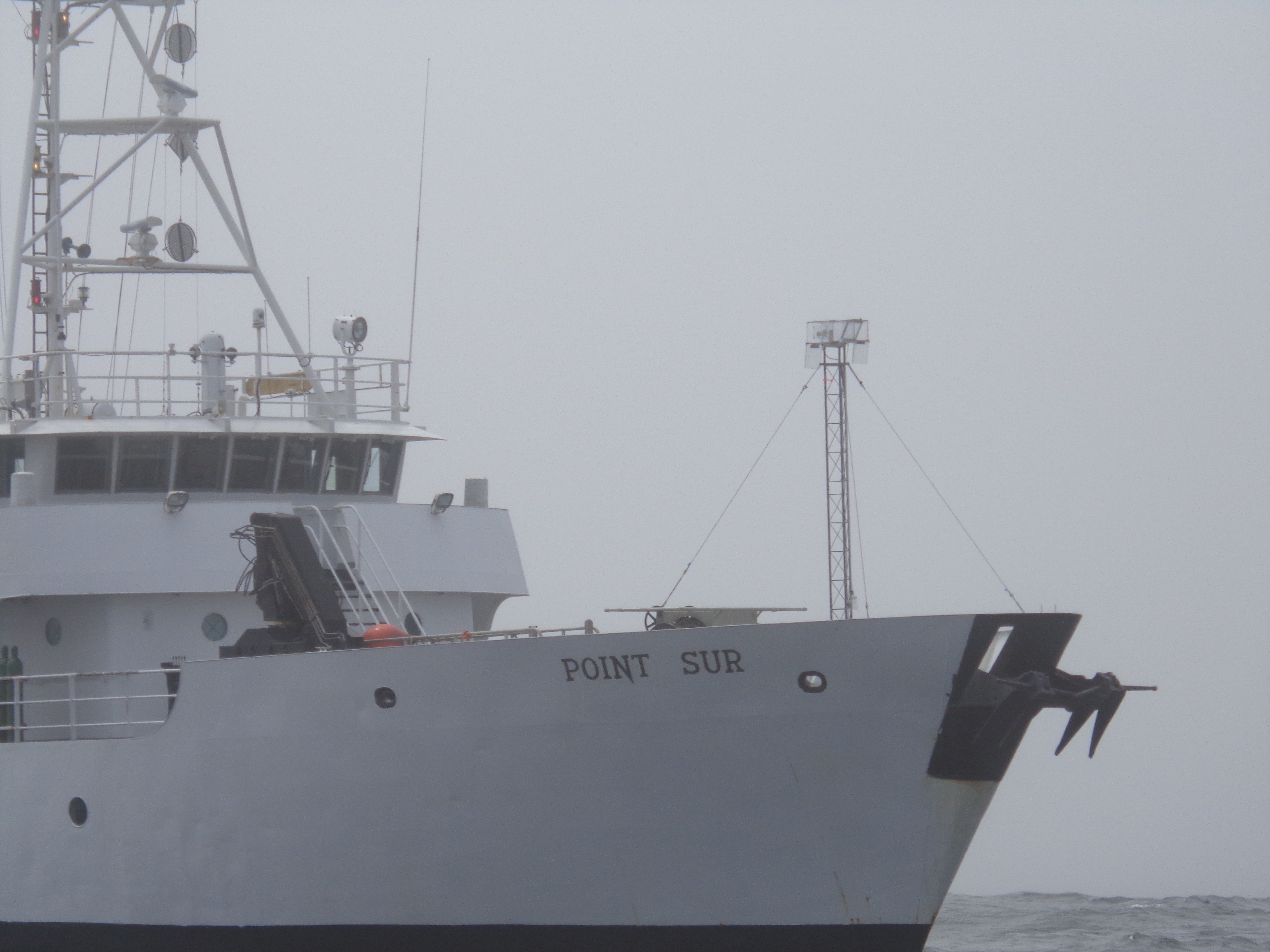 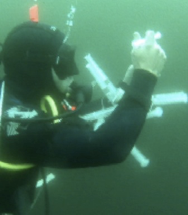 Since graduating from CSU Monterey Bay in 2010 with a B.S. in Marine and Coastal Ecology, Alex has worked as a research diver (UCSC, UCSB), fisheries observer (NOAA) and charter boat captain. As a graduate student in the Chemical Oceanography Lab under Kenneth Coale (now Max Grand), his interests center on mechanisms potentially responsible for the transfer of mono-methylmercury in the surface ocean to coastal marine fog. Specifically, he is studying the thin (100 microns) skin layer of the sea surface, building and tuning equipment to collect and eventually analyze material from this layer in the coastal zone. As a student assistant he worked with MLML's Marine Operations Facility, helping maintain the lab's fleet of small research vessels. Alex also assisted in coastal air-sea interaction studies with the Naval Postgraduate School's (NPS) Meteorology Department, first as a MLML student and currently as an employee. 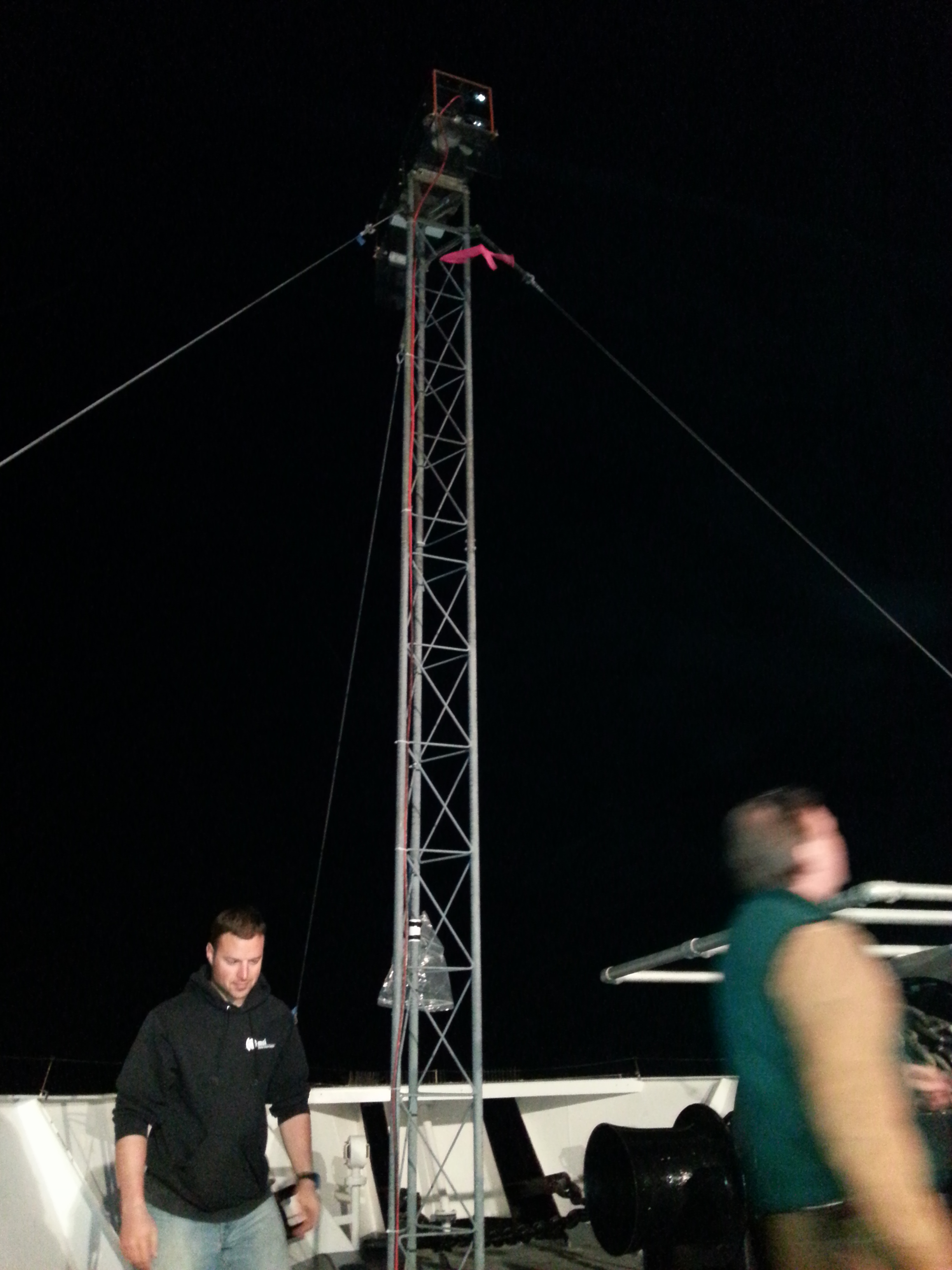 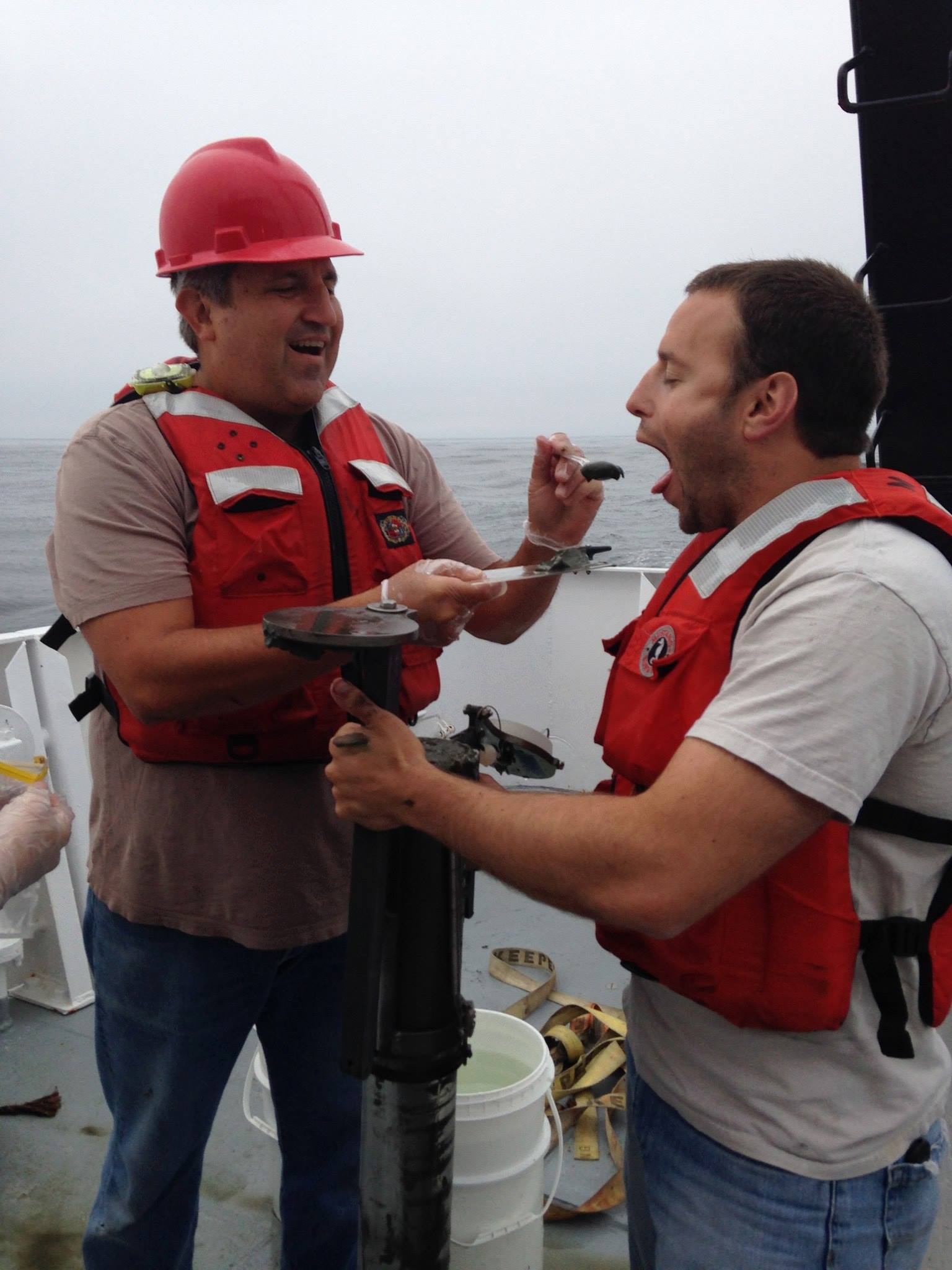 Neurotoxic monomethylmercury (MMHg) found in coastal Central California marine advective fog is thought to be a source of elevated MMHg levels throughout the terrestrial coastal foodweb. While not currently present at hazardous concentrations for human exposure directly (17-54 pM), MMHg in fog along the coast poses potential health and ecosystem threats via food-web bioaccumulation and biomagnification processes. The likely marine source and the mechanism of its transport remain unknown. While 2014 vertical profiles from coastal California show surface waters (<6 m) relatively deplete in MMHg (25-185 fM), similar to other ocean basin , surface grab sampling revealed elevated concentrations of MMHg in the uppermost (top ~100mm) portion of the water column known as the surface microlayer (SML). When corrected for dilution during sampling, this could represent a SML concentration of MMHg as high as 1.3 nM, orders of magnitude greater than the localized seawater and fog water; as well as the first such known measurements. Further refined sampling in 2015 of nearshore and offshore waters of California and Oregon supported 2014 findings, with underlying bulk water and SML concentrations from 16 - 380 fM and 4 – 48 fM respectively (Enrichment factors (EF) of 2.5 – 30) These are the first such measurements of MMHg in the SML to our knowledge. SML concentrations were highly variable, likely due to the variable and patchy nature of the SML and its constituents. This may also account for little variability among different surface areas of glass sampling methods. While not statistically significant, these EFs trend with certain oceanographic conditions (temperature, solar radiation, and fluorescence [Chl-a proxy]) suggesting photodegradation and or photodemethylation as major factors affecting enrichment. Although limited, bubble induced SML sea spray aerosol (SSA) production, and thus the ejection of MMHg into the atmosphere as fog nuclei, was also shown to be a potential contributing mechanism to MMHg in fog. Incubation experiments of acidified bulk seawater points to acidolysis of gaseous Dimethylmercury (DMHg) into MMHg as the major pathway of MMHg into regional marine advective fog. Continued comprehensive monitoring via California coastal fog sampling sites (FogNet) and coastal marine features and processes are needed to establish and discern changes in spatio-temporal patterns of the MMHg marine-terrestrial flux.