A Thesis Defense by Suzanne Christensen 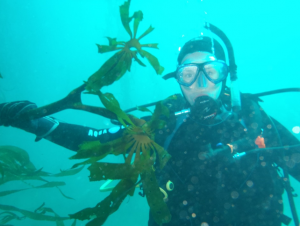 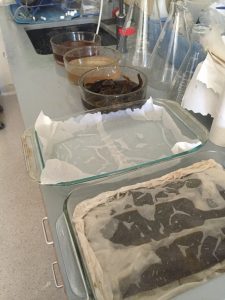 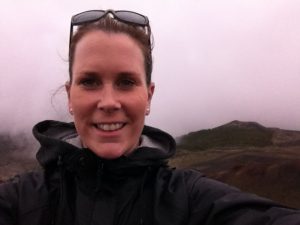 Suzanne Christensen came to the United States from Sweden in 2004 where she began her educational journey at Foothill College in CA. She transferred to San Jose State University where she was able to attend a few classes at MLML as an undergrad before graduating with a B.S in marine biology in 2010. A year later she joined the MLML community as a graduate student in the Phycology lab. During her time at MLML, Suzanne worked as graduate student assistant for the marine ecology class for one semester and she also worked for the MLML Front Desk for almost all of her time at the laboratories. In addition she also worked for Tenera Environmental for a few months as a research assistant in 2015 before finding out she was about to be a mom. After welcoming the new addition to her family, Suzanne worked part-time at the end of 2016 helping coordinate the Friends of Moss Landing Marine Labs program. She began fulltime employment in 2017 in Santa Cruz, CA, culturing algae and purifying algal pigments that are used to conjugate antibodies.

The giant kelp Macrocystis pyrifera is often considered competitively dominant to other kelp species due to its high productivity. However, on the microscopic level, previous studies found that Macrocystis can be inferior to other kelp species through microscopic interspecies chemical competition. Recruitment failure can be caused by neighboring kelps because there is no species’ specificity in the stereochemistry of the signaling chemical used during reproduction to initiate spermatozoid release; therefore, Macrocystis spermatozoid release is pre-empted by that of its competitors. To date, this interaction has been tested between Macrocystis and only one other kelp taxon, Pterygophora. To test whether Macrocystis is always chemically outcompeted microscopically, I investigated the competitive outcome, by tracking sporophyte production, between Macrocystis and five native kelps using laboratory studies. Tests with Pterygophora californica and Ecklonia arborea showed asymmetric results indicating that Macrocystis was the inferior kelp. Studies using Alaria marginata and Egregia menziesii found symmetric results where both competing species did poorly in the presence of Macrocystis. Lastly, when Macrocystis was settled with Postelsia palmaeformis, there was no significant difference in sporophyte production between polycultures and monocultures for either species. These results indicate that the competitively superior species will vary depending on the specific species interaction . Studying how Macrocystis competes with species microscopically is essential to understanding its recruitment and subsequent population structure which provides the biogenic habitat in the dynamic kelp forest. 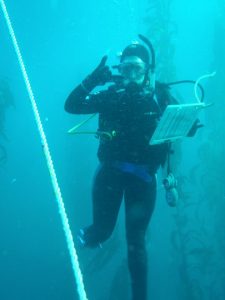 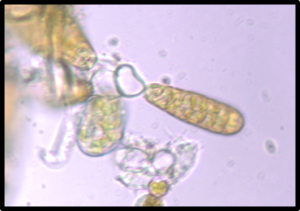 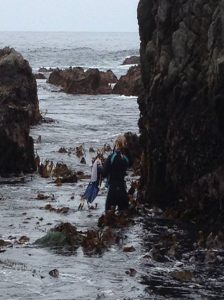