It was 17 October 1989 at 5:04 p.m. and I (Jim) was standing outside one of the MLML classrooms talking to Dr. Mike Ledbetter (Geological Oceanography faculty member). Mike had just concluded a lecture to one of my classes on the topic of writing a successful grant for funding. I really wanted to get home to watch the third game of the World Series between the SF Giants and the Oakland A’s (I am a Giants fan so the end result of that series sucks). That was when the 15-sec, 6.9 magnitude Loma Prieta earthquake shook our world. Although the epicenter was about 37 km north of MLML, liquefaction was enough to cause the foundation to move 1 meter toward the ocean, tweaking and destroying the building but not knocking it over.

I have many memories of that 15-second quake:

Immediately after the earthquake, we surveyed the Labs and found that no one was hurt and almost all the specimens, equipment, and furniture were intact. We tried to vacate the island, thinking a tsunami might be coming. Of course, if there had been one, we would have been wiped out given how long it took us to realize that a tsunami was a possibility. In an effort to get off the island, we had to climb about 2’ feet up onto the 1-way bridge because the land had sunk on both sides. Once the danger of a tsunami was past, we returned to the Labs to watch water repeatedly drain in and out of the harbor (it was seiche a sight to see).

On The Day of the Quake, I (Mary) was in the MLML library finishing up a manuscript on rockfish reproduction. Jim and I had just returned to the Monterey Bay in August, after having been in Newport, Oregon and then Seattle, Washington for 10 years. Apparently that was long enough for this California girl to forget what an earthquake felt like.

It was just after 5 p.m. and the library was almost vacant…except for an ichthyology grad student Danny Heilprin, the librarian Sheila Baldridge, and myself. When the building started to shake, my first thought was that one of the fish-packing trucks cut a corner too sharply and hit the corner of the Lab. As the library wall separated from the foundation and I could see the wet sand below, I thought this truck company was in BIG TROUBLE. Danny shouted that this was an earthquake and to get under one of the heavy oak tables.

Once the shaking subsided, the three of us found that we couldn’t exit the building through the library doors…they were jammed shut. I remember that Danny helped Sheila and I escape through a small sliding window, all three of us jumping down to the seawall. We three – Danny, Sheila, and I – will always be joined in my memories of the Day of the Quake.

Director John Martin was at home when the quake occurred.  Danny Heilprin remembers driving his beat-up Honda Accord down the fire road, through the dunes to call John on the pay phone at the ML Liquor store, relaying what had happened at the Labs. This, of course, started the Labs’ long saga known as ‘the trailer trash years’, which we will write about soon.

We hope others will send us their experiences of this eventful day. 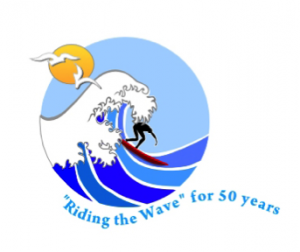