In the 1980’s, MLML’s former Director and oceanographer John Martin, proposed that iron added to regions of the ocean that are otherwise rich in nutrients but poor in chlorophyll (so-called high-nutrient, low-chlorophyll, or HNLC, regions) can stimulate the growth of phytoplankton. This discovery is considered one of the most significant oceanographic discoveries in the past 50 years*. Thanks to Martin's iron hypothesis, scientists now know iron supply to the oceans was a key factor controlling climate over many glacial, interglacial cycles.

*The National Science Foundation’s book on Accomplishments in Oceanography, 1950 – 2000 listed the Iron Hypothesis as one of the top 3 discoveries of this time. So, they were looking back 50 years, a time that included the discovery of hydrothermal vents and the discovery of plate tectonics (the other two most important discoveries) also substantially transforming accomplishments. 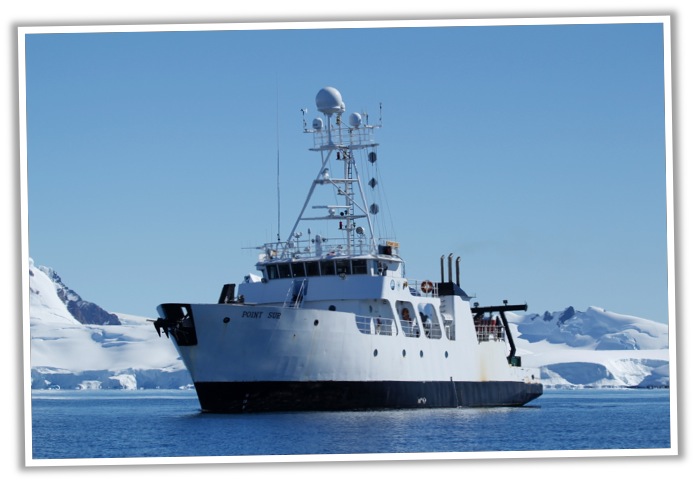 The R/V Pt. Sur, a 135 ft research vessel owned by the National Science Foundation and a part of the UNOLS Fleet was retired in 2014 after 28 years of service. The R/V Pt. Sur served Moss Landing Marine Labs as a regional classroom which sailed around the world, including Antarctica. On March 5, MLML faculty bid goodbye to the Point Sur, slipping the vessel's lines at 8am under two signal flags, Bravo and Zulu. "In this order the flags are meant to convey 'job well done,' and they were flying in recognition of MLML and all who have used the vessel and taken such good care of her," biogeochemist Dr. Kenneth Coale wrote in an email to MLML faculty.

Moss Landing Marine Laboratories was recognized by the 114th United States Congress in 2017 for 50 years of marine science education and research. 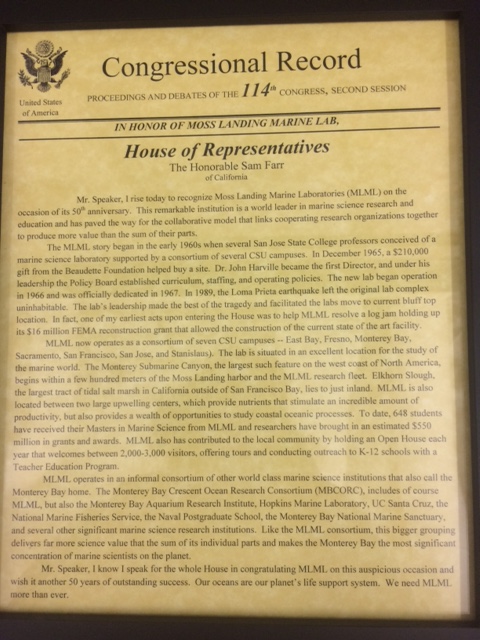 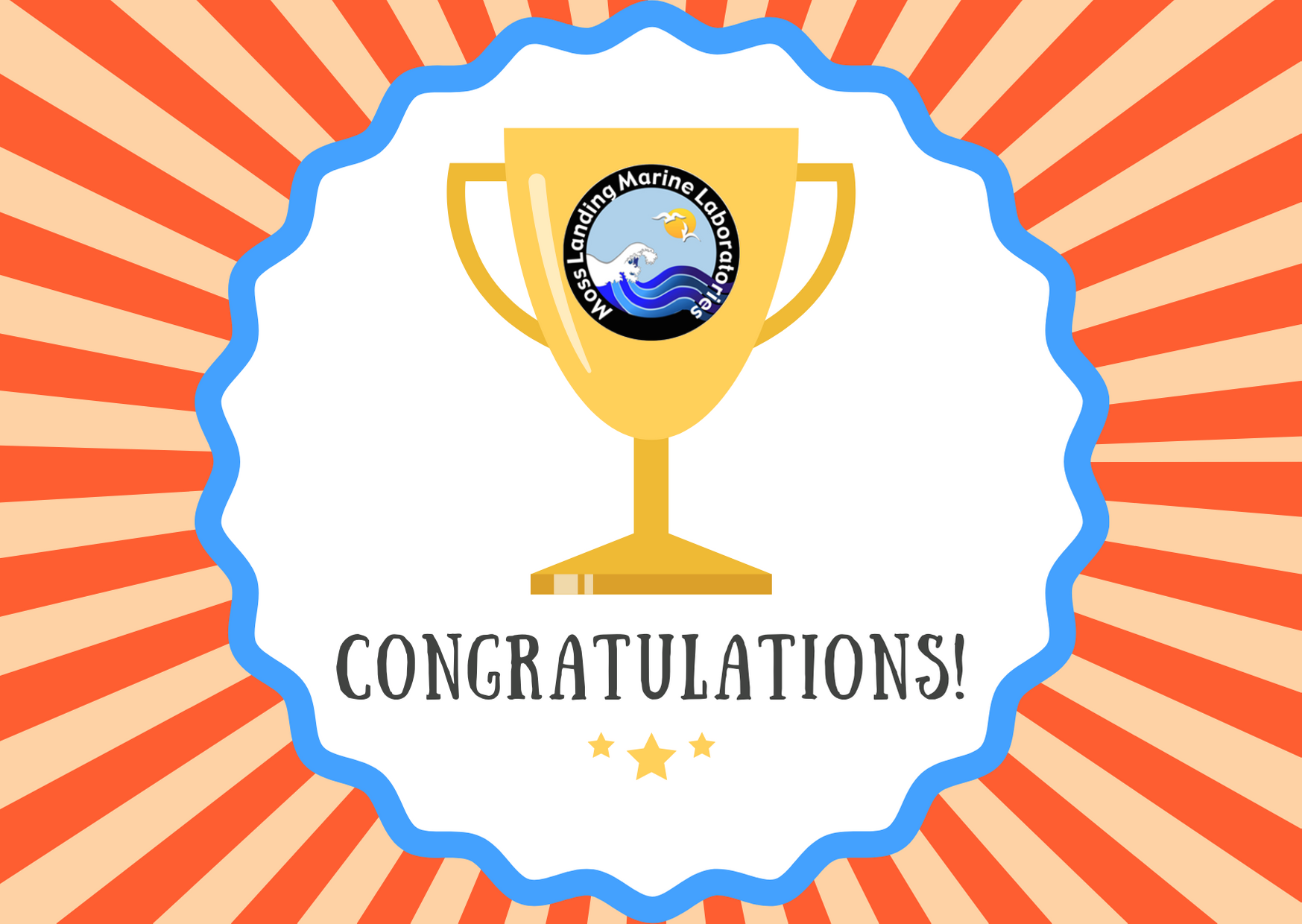 Moss Landing Marine Laboratories was presented an Environmental Hero Award by the Clinton Administration at the National Ocean Conference in Monterey in 1998. Calif. Katie McGinty, chair of the White House Council on Environmental Quality, presented plaques and recognition letters from Vice President Gore to Moss Landing Marine Laboratories faculty, staff and graduate students for their extensive work with Monterey Bay National Marine Sanctuary programs including the mapping of habitats.

This prestigious award was given to MLML by  the U.S. Green Building Council the Leadership in Energy and Environmental Design (LEED®) -EB Gold certification in 2004. 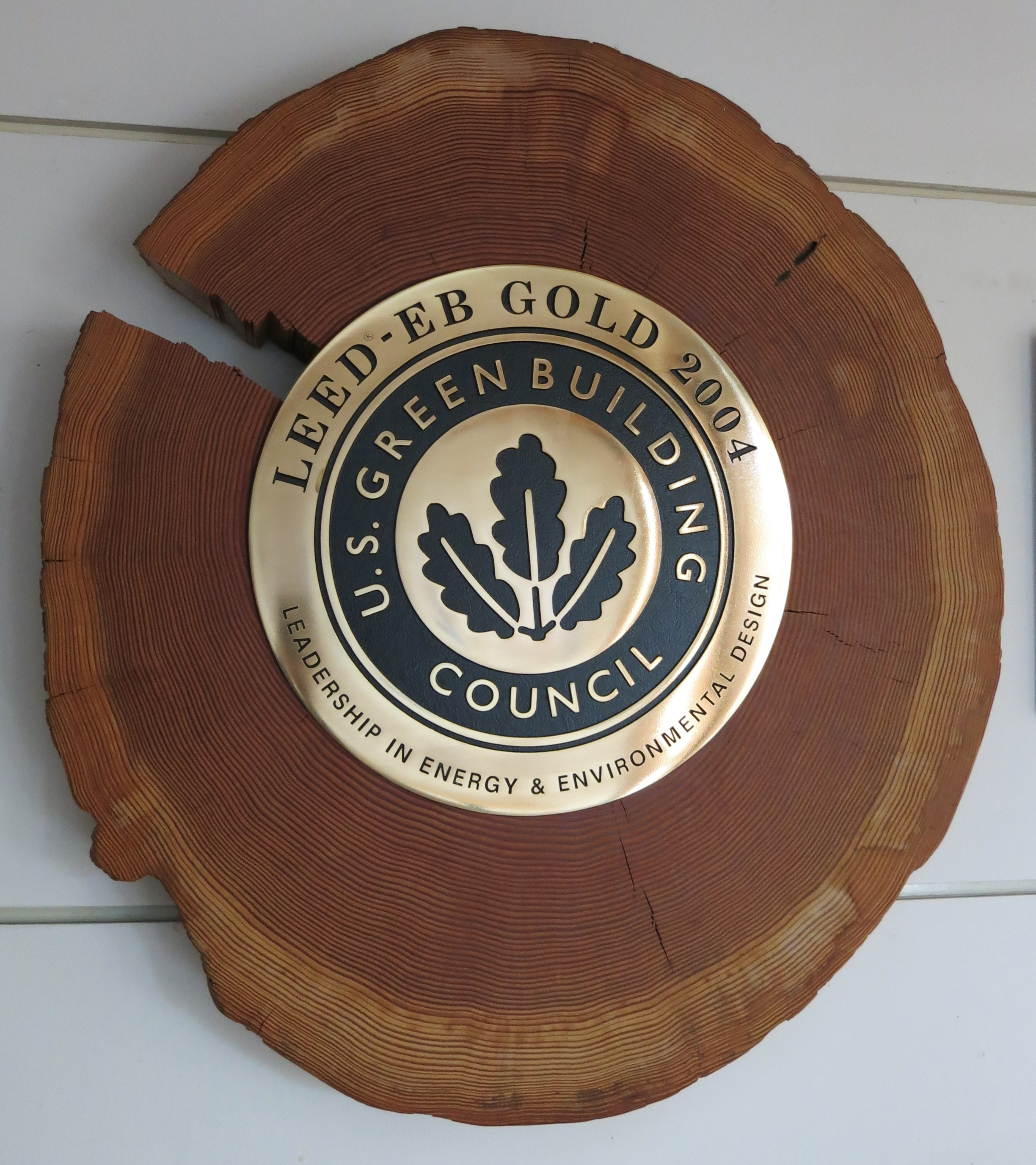 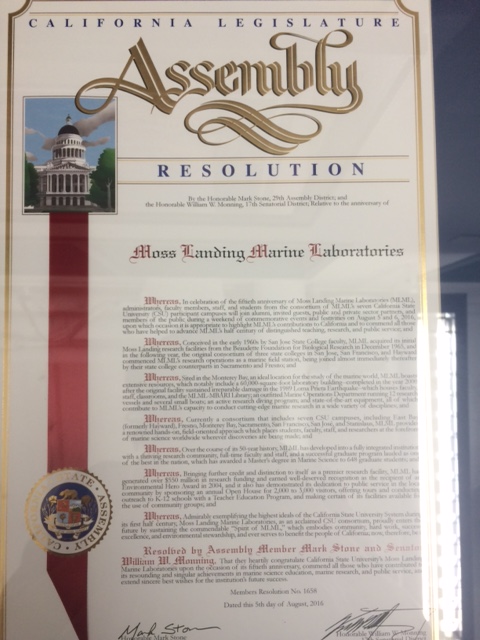 Moss Landing Marine Laboratories was honored by the State of California Assembly with Resolutions in 1991, 2006, and 2016.

Moss Landing Marine Labs has awarded a masters degree in marine science to over 650 students. Bringing further credit and distinction to itself as a premier research facility, MLML has generated over $550 million in research funding and has demonstrated its dedication to public service in the local community by sponsoring an annual Open House, offering tours, and conducting outreach to K-12 schools. 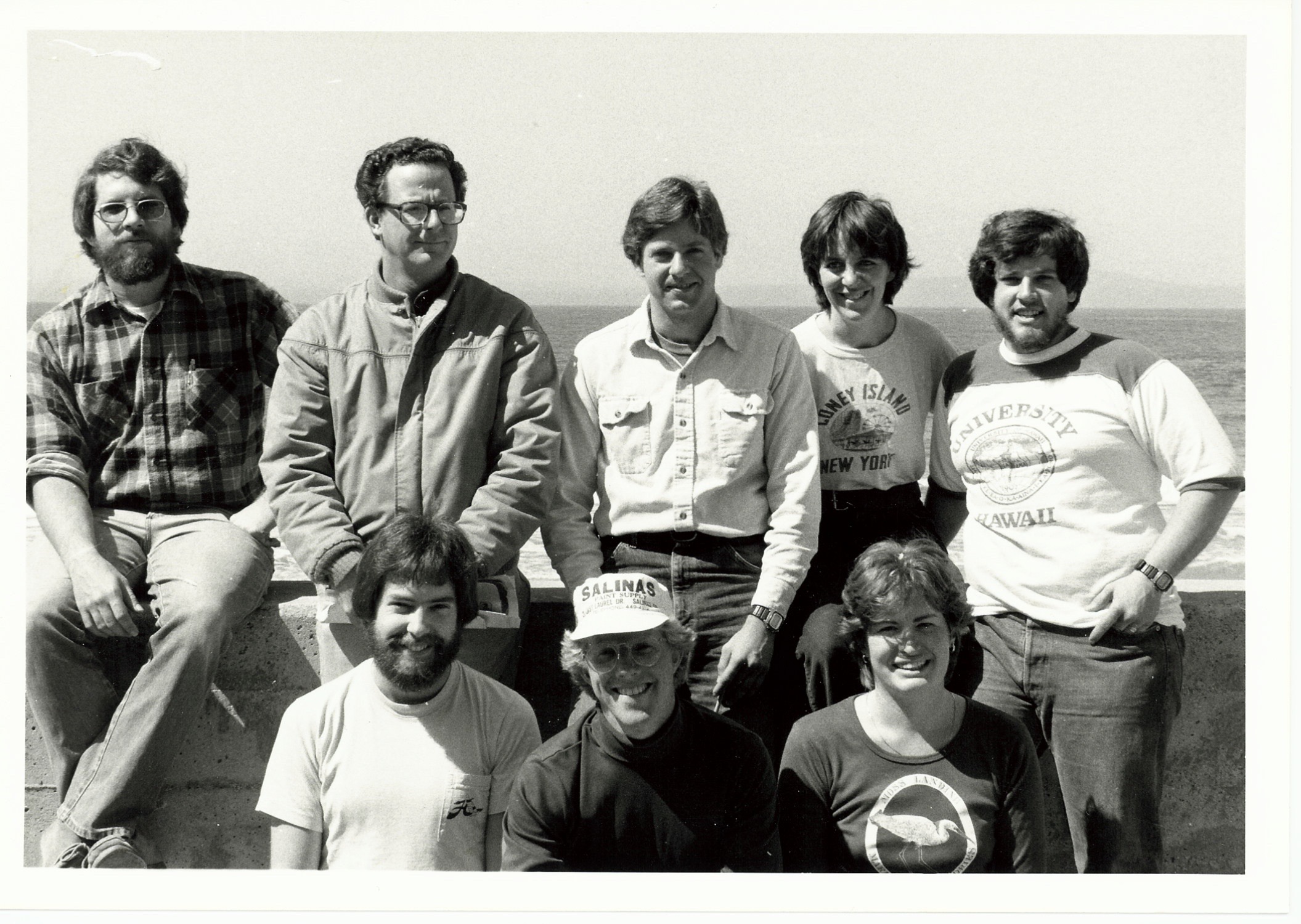