Welcome to the 2022 field expedition blog where you can find the most up to date information about Moss Landing Marine Lab's own Dr. Birgitte McDonald and team adventure as they make their way to Cape Crozier in Antarctica to study chick-rearing emperor penguins. Follow along and be a part of the expedition as we uncover the hidden lives of the worlds deepest diving seabird on the planet. If you followed our blog in 2019 welcome back or if this is your first time visiting our blog feel free to catch up on our last expedition in 2019. 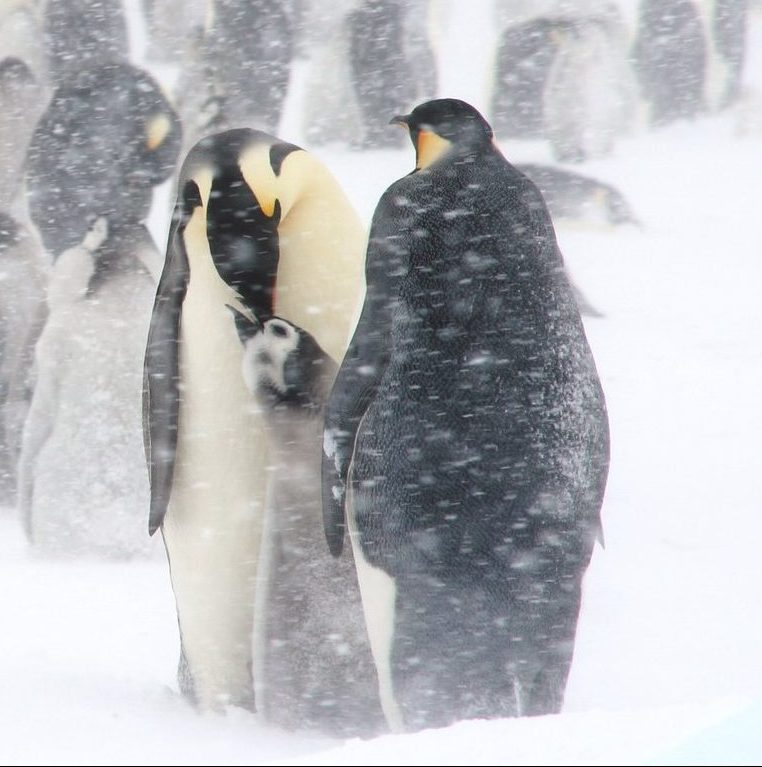 Eyes in the (Washington and Oregon) Skies

Stay Tuned For More Blogs From Our Students!

While You Wait Please Catch Up On Our Recent Monthly Graduate Student and Field Work Blogs Below! 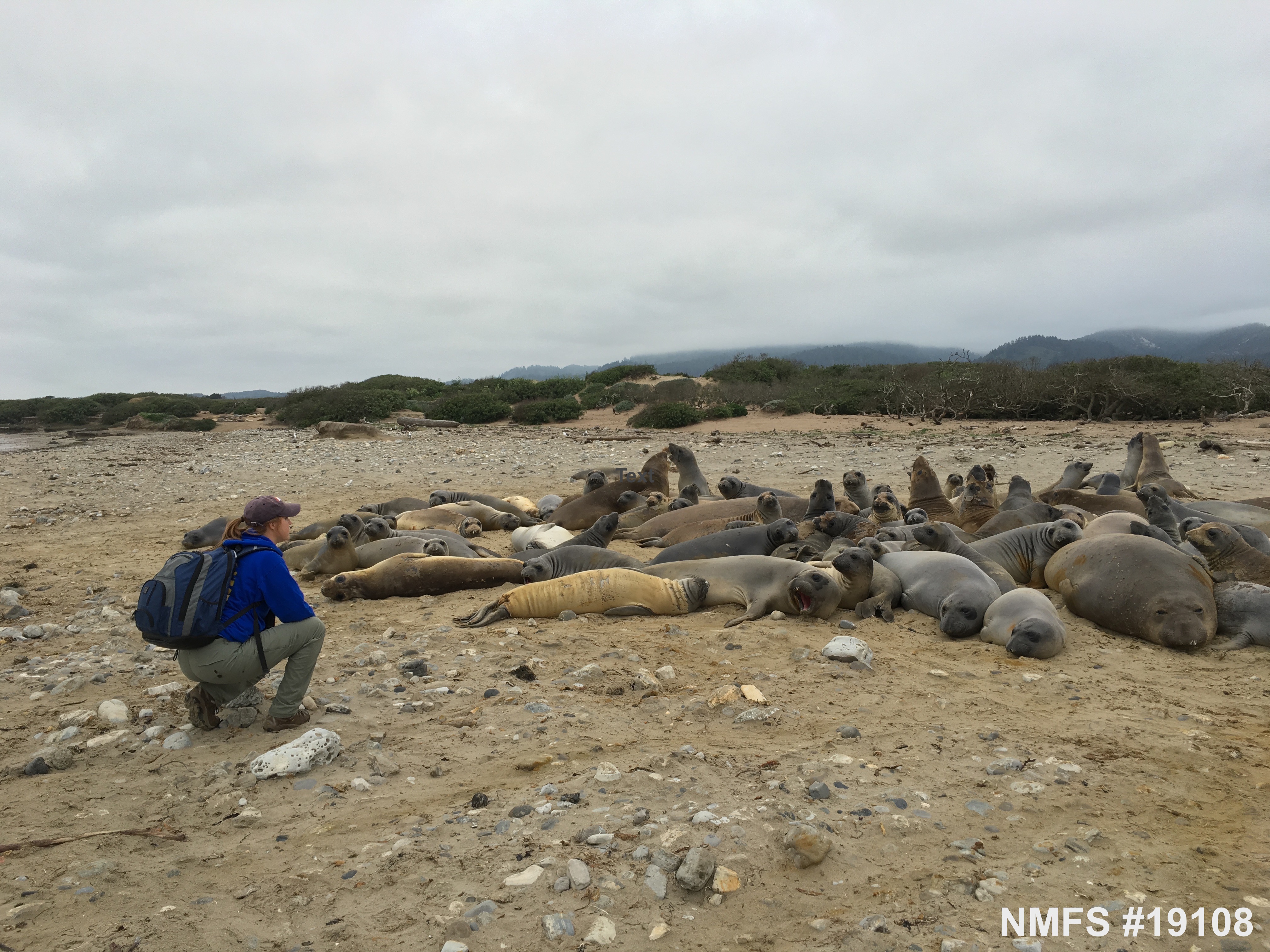 From the most isolated place on earth to the Thanksgiving table. Warming up to family after multiple years of pandemic isolation and catching up on everything from emperor penguins and 3D models to questions about why canned cranberry sauce is sold out while fresh/frozen cranberries are discounted? 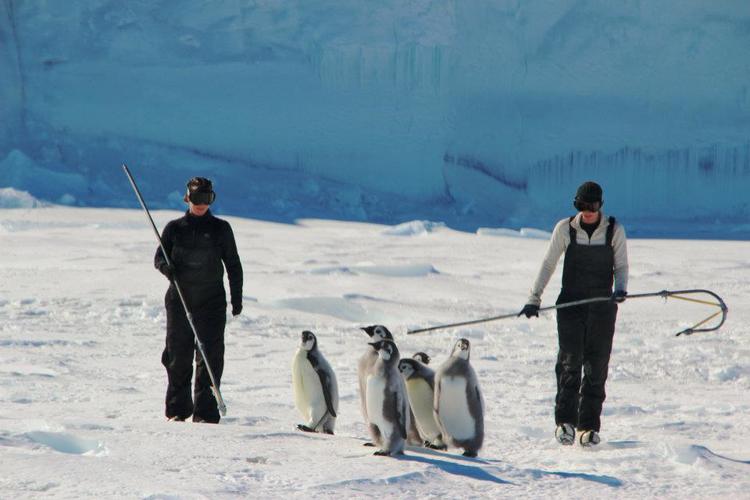 Here I am on Thanksgiving Day 2021 trying to hold a conversion that is not directly or indirectly related to my thesis (as many at this table may be growing tired of my love for penguins) on emperor penguins and if possible, all while avoiding any political discourse with my family. As our elaborate dinner is served, all I can think about is the Mock Holiday Meal that Captain Ernest Shackleton on his 1914 voyage to the South Pole jokingly wrote before their ship, the Endurance, was trapped in sea-ice, slowly crushed and sank, leaving the crew trapped/stranded for a year and half. Little did Shackleton’s crew know at the time, that their mock holiday meal plan consisting of seals and penguins would become essential part of their daily diet to survive. I reflect on the irony of Shackleton’s meal plan as my least favorite side dish, brussels sprouts, are passed to me and I begin to wonder what circumstance would lead to my survival being dependent on this unpalatable vegetable (no personal offense to those of you that like them). I quickly pass the sprouts and wait for another dish to mask the polite amount brussels sprouts on my plate.

While this year we chose to have a mostly meatless Thanksgiving, the strong association between this holiday and turkey once again gets me thinking about Captain Shackleton and how he likely ate the species I am studying for my thesis, the emperor penguin. I know the crew on the Endurance did not have many options once their ship and supplies sank, but I wonder.....could I have changed their hunger driven minds from eating my favorite penguin? Could I convince Shackleton and his interests in extreme expeditions to the bottom of the world to empathize with the incredible diving behavior and amazing journey’s that emperor penguins take to survive at the edge of their distribution on the Ross Sea? Inevitably as I ponder these questions, the conversation at the dinner table shifts to how my thesis is been going. In response, I start to spill the thesis beans:

Since our first expedition in 2019 to study the at-sea behaviors of emperor penguins, the world as we know it changed due to the pandemic. My life transitioned from studying penguins at one of the most isolated locations on the planet (Cape Crozier) to returning to California as the pandemic began, the world stopped, and all our lives/plans changed. Since 2019, two seasons of emperor penguin work have been postponed due to travel restrictions. Although we are all eager to get back to Cape Crozier, progress on analyzing the 2019 data set continues as we are uncovering the hidden lives and behaviors of emperor penguins.

During the last year, I have created models that allow us to reconstruct and visualize an emperor penguin’s at-sea trips (as seen below). These models were created from the dataloggers we deployed and to learn more about that process check out this blog post: Living among emperor penguins: 2019 field expedition to Antarctica.

From these 3D reconstructions we can see what the at-sea dive behavior of each penguin looks like in relation to the underlying bathymetry/sea floor. As seen above, penguin 5 started out at the colony located in the upper right of the figure traveled out to the Ross Bank (the shallow lighter blue 400-500m feature in the middle of the figure). It is interesting to note that this penguin traveled over 1000 km round trip over a span of 17 days during which it dove 2,400 times. During the penguin’s trip you may notice from the alternative view below that as the bathymetry becomes more shallow (light blue vs the dark blue) the penguin’s dives (red dots below the red line) start to get deeper. About 7 percent of penguin 5's dives were at or near the benthos while the majority (93%) of dives occurred within the first 200 meters. These deep dives come at a greater energetic and physiologic cost than a shallow dives.

But why would a penguin expend more energy to dive deep? The relationship between a shallower bathymetry and an increase in penguin dive depth is likely related to due to either increases in prey availability or quality driven by ocean dynamics that make bank areas rich in micronutrients such as iron that stimulate the bottom of the food web. So, penguins may expend more effort to dive deep, but it must be worth it.

This same idea may be applied to a predicament I came across while shopping for Thanksgiving. The easy option, canned cranberry sauce was sold out. Instead of purchasing cranberry sauce I was able to find a great deal on fresh cranberries. With a bit of extra effort I made the sauce from scratch and it turned out better than I could have imagined. While it took more effort the cranberry sauce even made eating the brussels sprouts on my plate more bearable.

Keep in mind as we get started with the winter holidays that spending time with family and freinds can be challenging, but like deep penguin dives and handmade cranberry sauce, some things are worth the extra effort.

Background
Despite being the first emperor penguin colony discovered in 1902 during Scott’s Discovery Expedition(1901–1904) little is known about that at-sea behavior of emperor penguins from Cape Crozier. The first science expedition to study them was in 1911, when a small group from Scott’s Terra Nova Expedition team made the perilous journey to the colony in the winter to collect eggs. Since this early study, most research at the Crozier colony has involved counting the birds to monitor the population. This fall we will head to Cape Crozier to study the foraging ecology of one of the southernmost emperor penguin colonies. We hope that you will follow along on our adventure as we prepare for the field work, travel to Antarctica to study the birds, and analyze the data. We look forward to sharing with you new discoveries about the ecology of the emperors of the ice. 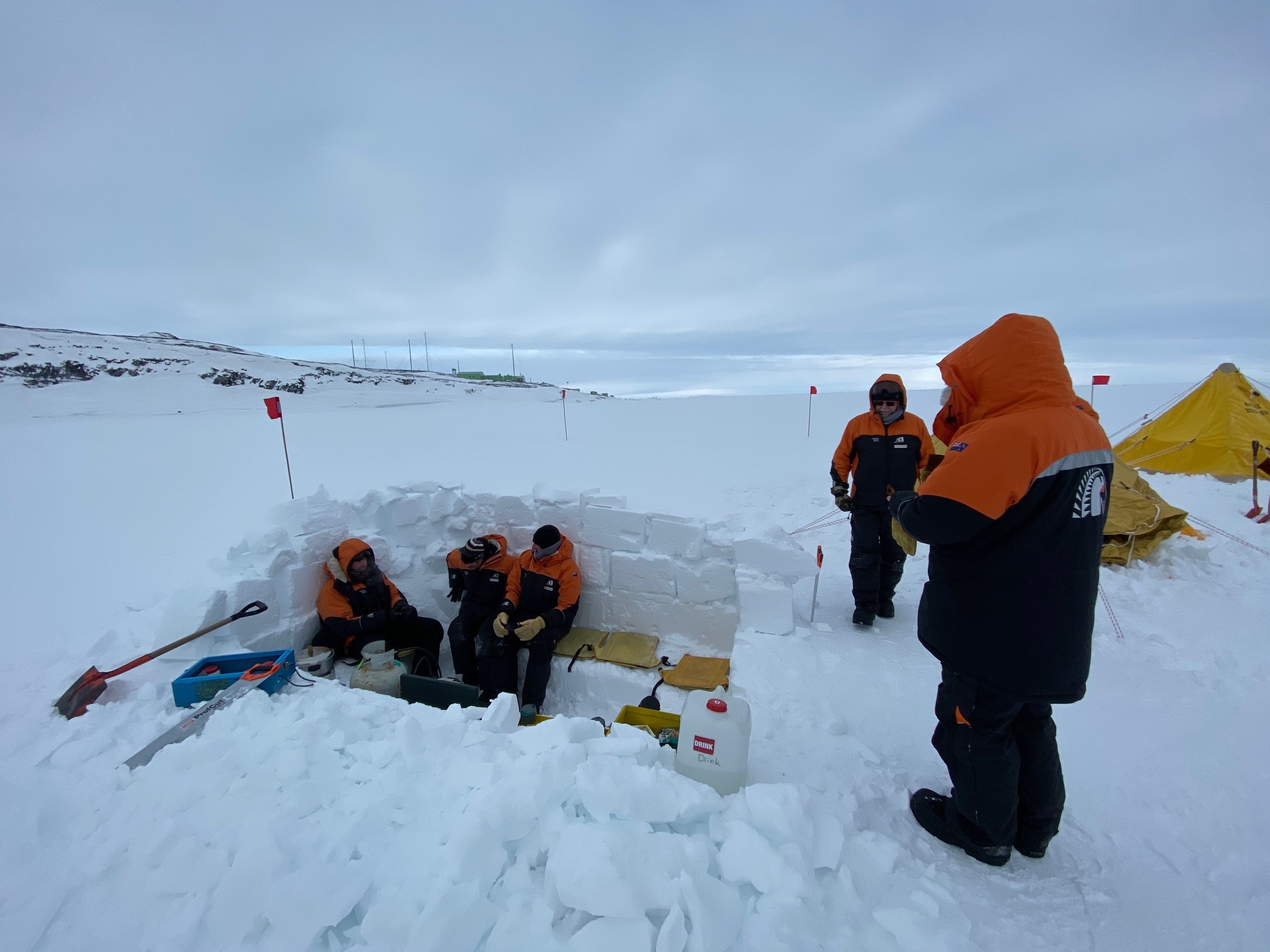 Did you know that fish make sounds? They do! Some fish species, like the rockfish you eat in your fish tacos, are soniferous (sound producing). Fish produce a drumming sound by striking the gasbladder (swim bladder) and the sonic muscle together. Rockfish (Genus Sebastes spp.) are a genus that produce low frequency sounds associated with agonistic interactions and territorial defense. Due to this ability, it is proposed that rockfish may elicit an acoustic response due to increased noise produced by survey vehicles used to study rockfish populations.

Click to Learn More About The Science Happening At Sea! 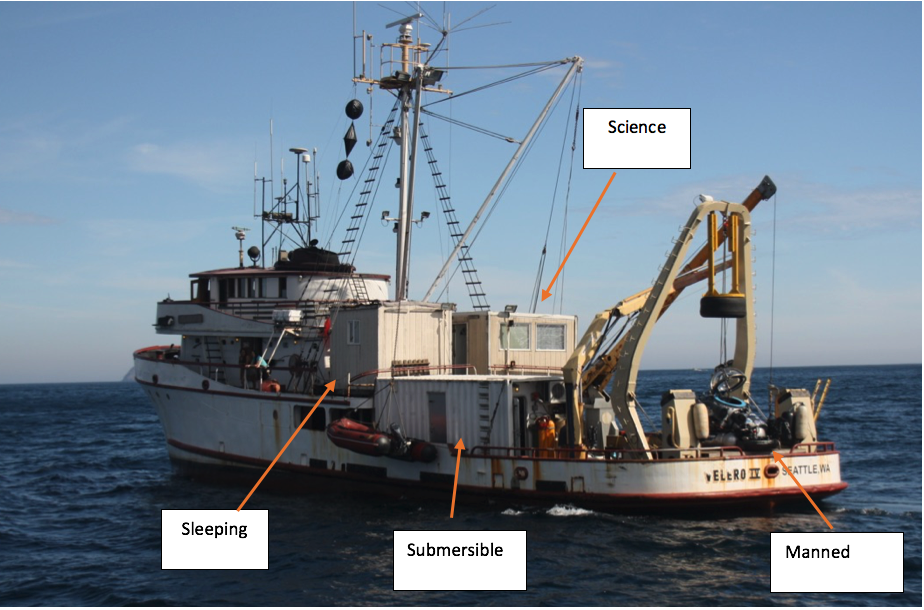 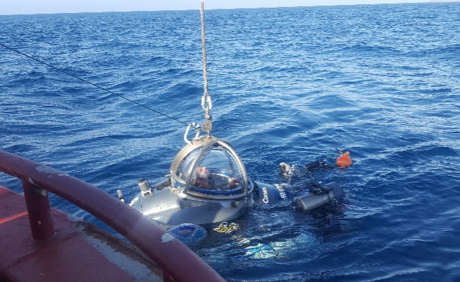 A day in the life of an elephant seal biologist at Año Nuevo State Park:

Student Perspective On Working In the Field With Northern Elephant Seals 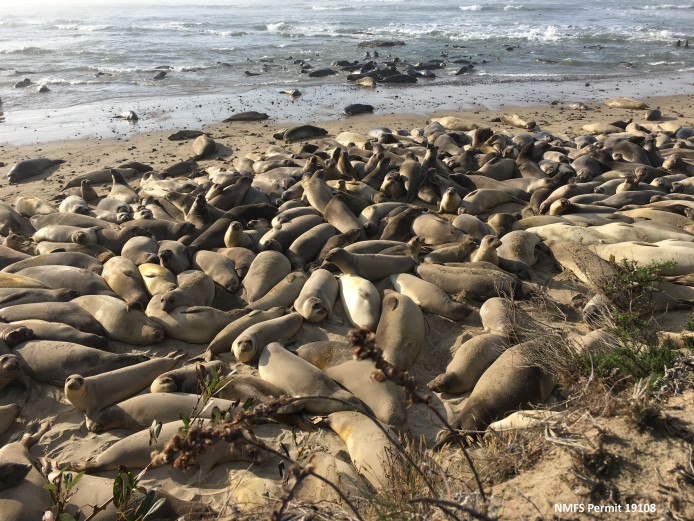 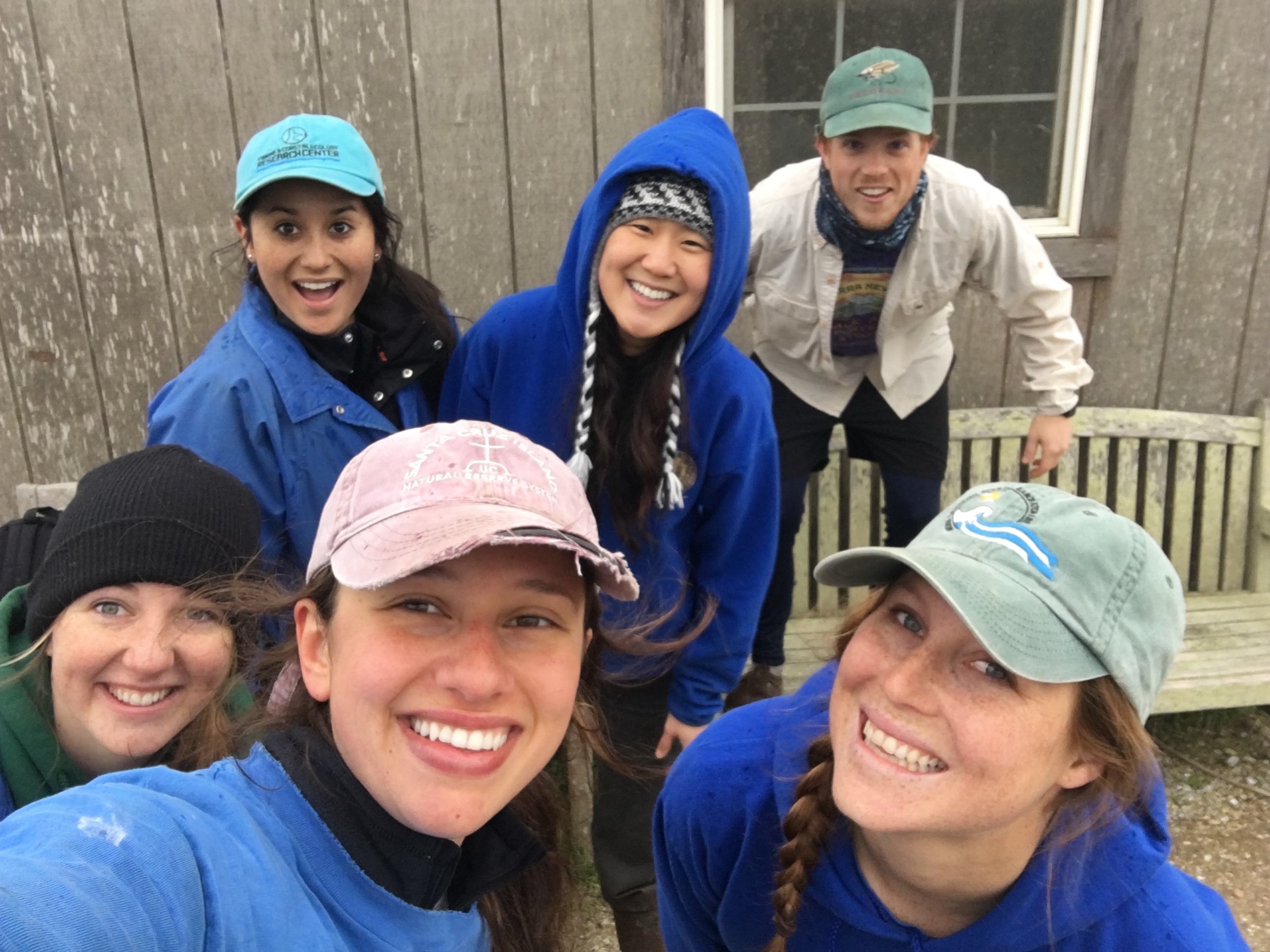