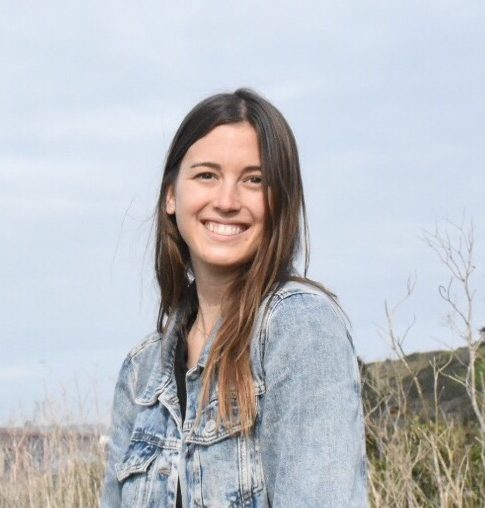 You may have heard stories about the Great Barrier Reef and coral reefs worldwide that are succumbing to ‘coral bleaching.’ Maybe you’ve seen the pictures of stark white corals devoid of the fish and other creatures that make a reef healthy and colorful. But what exactly is coral bleaching and what is it like to study it?

When corals bleach, they lose their symbiotic partner, microscopic algae called zooxanthellae. Zooxanthellae provide the majority of the coral’s diet by converting energy from the sun into food for the coral. As a response to stressful changes in their surroundings, zooxanthellae will abandon their coral host, leaving behind a pale and hungry coral skeleton. Often, the corals never recover their zooxanthellae and die of starvation.

I saw coral bleaching firsthand for the first time when I learned to scuba dive in Thailand in 2015. I noticed that while some reefs were relatively colorful and full of life, others were much paler with spots of dead coral overgrown with algae. Still early in my marine biology career, I wondered why some reefs looked healthy while other reefs were suffering.

Scientists agree that climate change causes ocean warming which is the main cause of coral bleaching. With climate change causing increases in ocean temperatures, coral bleaching has become more and more frequent. What scientists don’t yet know is how pollution plays into the coral bleaching equation. Pollution can come in many forms – from agricultural runoff, to improperly treated human waste to sediments from our soil. Some studies have found that pollution makes corals more likely to bleach. However, other studies have found the exact opposite – moderate pollution may make corals stronger against stressful ocean warming. In addition to effects on coral bleaching, pollution can affect coral reefs in other ways, like feeding the fleshy algae that can overgrow reefs or triggering outbreaks of coral-eating starfish. Since there are many different types and levels of pollution, the relationship between pollution and coral reef health is clearly not simple.

I decided to test the nuances of how pollution affects coral bleaching myself in my Master’s thesis at Moss Landing Marine Labs and California State University, Monterey Bay. This brought me to American Samoa, an island in the Pacific with reefs that are fairly polluted nearby to reefs that are almost pristine. I wanted to test how corals from polluted reefs compared to corals from pristine reefs in their thermotolerance (corals’ ability to tolerate high water temperatures). To do this, I set up an experiment with tanks that could simulate a coral bleaching event. This setup is called Coral Bleaching Autonomous Stress System (CBASS) and has been used around the world to test coral’s thermotolerance. CBASS is like a small aquarium – it has corals set up in tanks at just the right temperature with the perfect amount of light. CBASS can be used to simulate a bleaching event by slowing ramping up the water temperature for a few hours and then returning to a less stressful temperature.

With the help of two CSUMB undergraduate students, Jennifer Grossman and Casey Juliusson, I collected small fragments of a widespread coral species called Acropora hyacinthus. Since reef-building corals tend to live in fairly shallow water, we collected the coral samples while snorkeling. We collected corals from five different reefs of varying pollution levels. For example, one reef was in a Marine Sanctuary while another was in a busy harbor right next to the Starkist Tuna Cannery. Once we collected the coral fragments, we placed them in the CBASS tanks.

Now that I am back at Moss Landing Marine Labs, I am analyzing the coral bleaching data we collected in American Samoa. I am also collecting data on how differences in coral and zooxanthellae genetics may affect their thermotolerance. As I finish collecting and analyzing that data on this project, I hope I can contribute to our understanding of how pollution affects coral thermotolerance. It is important to note that whether pollution in American Samoa increases or decreases coral thermotolerance, there is tons of evidence that pollution negatively affects coral reefs in other ways, for example through higher levels of disease and corallivorous starfish outbreaks.

Though we don’t yet know exactly how pollution ‘coral’ates with thermotolerance, my research on this project should help us find out! These findings will be important for environmental managers and modelers that need to know which reefs are more likely to survive during climate change. It is also important for governments that need to know how land-based pollution affects marine ecosystems. Since corals are so important to many people – worth about $375 billion per year – it is important that we do all that we can to understand and protect them!