White Sharks, Manta Rays and Tiger Sharks are easily identifiable to most, but there are more than 1,200 species of sharks, skates, rays and chimaeras, collectively called Chondrichthyans, known to science.

For my Master’s thesis I study a unique group of fish known as ghost sharks, chimaeras or ratfish. They are related to sharks and rays because of their cartilage skeleton, but look quite different. They have large pectoral fins, rabbit-like teeth and a long tapering body (check out an amazing video here). We know very little about these deep-sea creatures, in some cases something as simple as their name.

There are 49 species of Ghost Shark, however several additional species are known to exist, but have yet to be officially named. Under Dr. Dave Ebert, director of the Pacific Shark Research Center (PSRC), graduate students at MLML have named five new species of Ghost Shark since 2006. In fact the PSRC has described 25 new species of Chondrichthyans since its inception in efforts to help the 'Lost Sharks' of our oceans.  The most recent edition, the Ninja Lanternshark was officially published last month and received quite the media buzz! 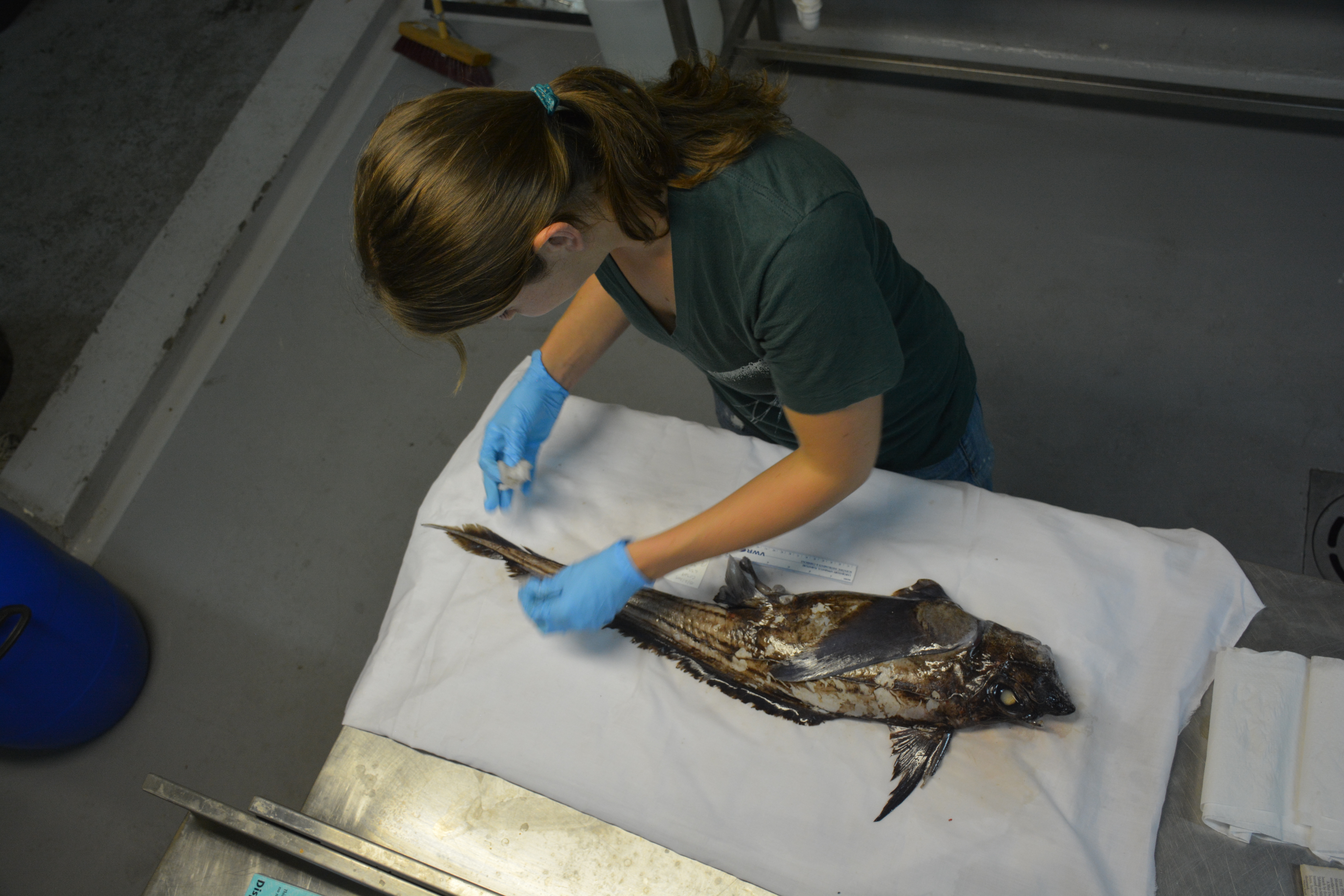 Last year fellow graduate student Paul Clerkin and I traveled to South Africa to search for new Ghost Shark species. For more than 15 years local researchers speculated two new species existed in the region, but no one had taken the time to look for them. It may seem counterintuitive, but a museum is a great place to find unknown species. If researcher or fisherman encounters an unidentified chimaera, it's often placed in the museum collection and forgotten.

We arrived at the South African Museum in Cape Town to gather morphometrics, a series of 96 measurements per animals that we use to describe and differentiate species. Together we measured 90 specimens for a total of nearly 9,000 unique measurements. Finding and measuring specimens isn’t as glorious as it sounds, the specimens are preserved in alcohol and stored in large tubs; one never knows what you might find. It’s a smelly job, but stay tuned over the next few months for several new species of Ghost Shark!