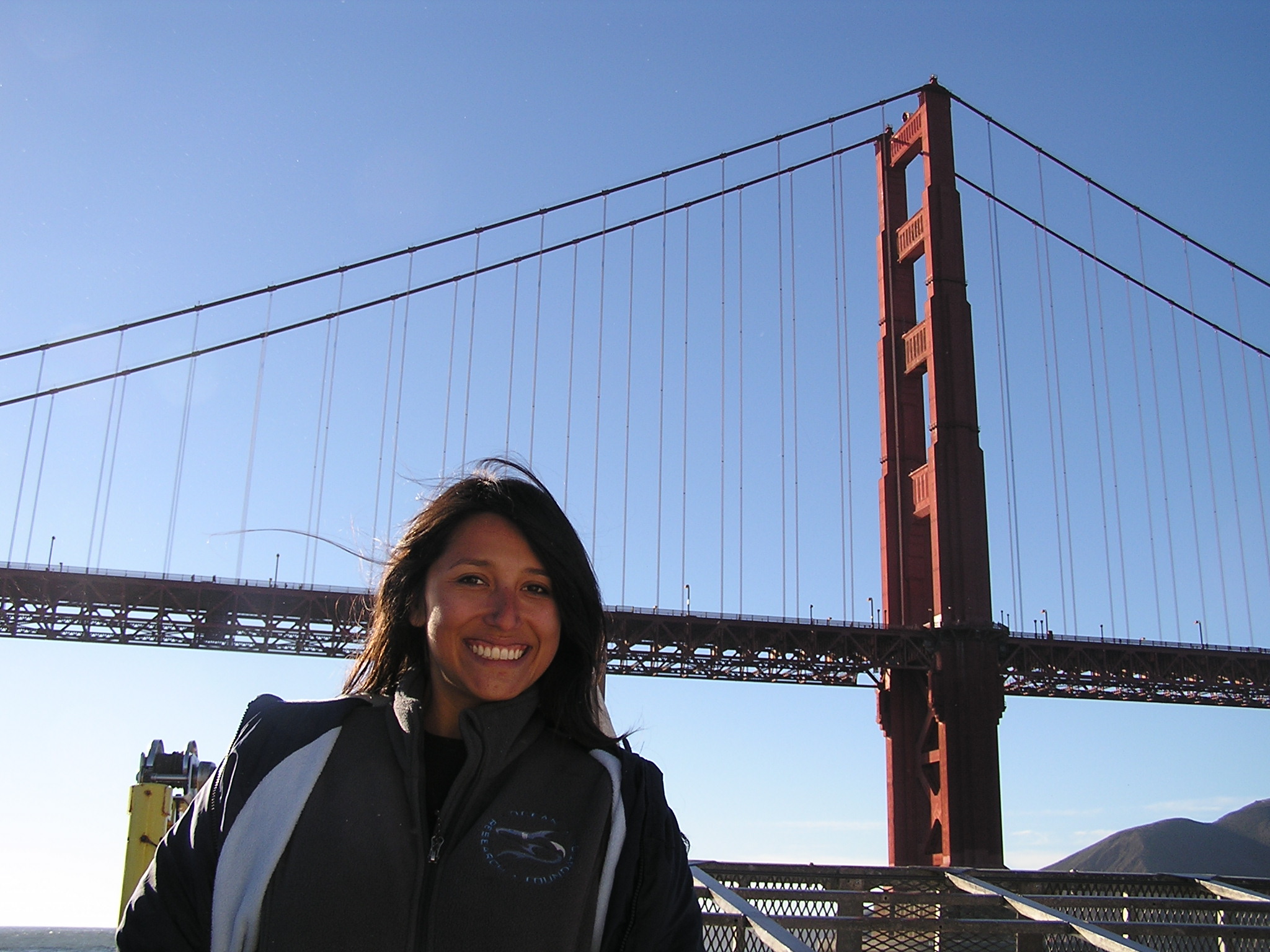 Vicky Vásquez is a graduate student in the Pacific Shark Research Center and serves as Deputy Director of the Ocean Research Foundation.

Just in time for All Hallow’s Eve here’s a line-up of the ocean’s most festive Halloween animals! Check them out in all their ghastly horror, they’ve been waiting all year to get some haunting attention.

This list certainly could not begin without the arthropod waiting all year for its time to Trick and Treat. The Trick? Halloween crabs are not as beachy as you might think. They spend most of their lives in mangroves and rainforests along the Pacific coast of Mexico down to Panama. Since they have a planktonic larval stage, they only head to the ocean to spawn. The Treat? Racoons love them! Halloween crabs are an important food source in areas where the range of these two animals overlap.

Like many flatfish, the Witch Flounder has its eyes on just one side of its head. What’s unique about these icky-osteichthyes is that the blind side of their heads have nearly a dozen mucous pits. Though the origin of their common name is unclear, it is interesting to note that their range includes the infamous Salem, Massachusetts where accused witches were burned at the stake.

Just like a ghost, these pale mysterious creatures have a penchant for the darkest corners of the earth. Pale Ghost Sharks are common from depths of 4000-6800 feet (1200-2075 meters) and their proof of existence is certainly not in debate. The Pale Ghost Shark is currently listed as Least Concern by the IUCN Red List, however, the expansion of deep sea trawling could be a concern for a truly haunting future.

Coming in at 13ft (4m), these creepy crawlies have the longest leg span of any other arthropod and can live up to 100 years!

To the average person, the dark, vacant expanse that is the abyssal plain sounds like the things of nightmares (or super fascinating if you’re a deep-sea marine biologist!). To a sea spider, however, these deep-sea voids are home. This sea spider was found within the Cascadian Basin, which sits 8500 feet (2660 meters) below the surface. Since the Earth’s surface is covered by more than 50% of this abysmal habitat, it’s no wonder 1,000 species of sea spider have been described with more looming in the shadows, waiting to be discovered.

Every vampire needs a coffin, right?! Though an encounter between vampire squids and coffin rays would make for quite the fitting pair, Coffin rays prefer Australia’s inshore waters and don’t venture deeper than 260 feet (80 meters). More so, cozying up to a Coffin ray would not be the best idea since they can deliver a mighty shock of up to 200 volts!

If boney is more your style, check out the coffinfish which is a species of sea toad living along the seafloor of Australia’s east coast.

These frightening fish share a hellish love story, for when the male finally finds its mate, this unfortunate fellow is doomed to a life of parasitism.  (Okay, another way to look at it is an effective reproductive strategy for deep-sea species that rarely encounter mates.)

Coming in at 17 feet (5.2 meters), the Giant Devil Ray is certainly a force to be reckon with! Though its luciferous common name originates from the cephalic fins on its head, just like any good devil, these rays are armed with their very own pitch fork in the form of an extremely large and venomous spine.

Halloween is no fun without the devil’s counterpart! However, don’t let the calm angelic nature of this ambush predator fool you, it just likes to sit and wait before launching into attack.

If one were to watch the silhouette of these cartilaginous fish glide by, the origin of their common name would not be questioned. Unlike bats, these rays use their wings to hunt for food by creating large pits among the mudflats they call home and exposing tasty clam treats from their burrowed homes.

Just like at any Halloween party, there’s always that costume you just don’t quite get. Not only peculiar in appearance, the Red-lipped batfish is also unusual from other fish because of its tendency to use its pectorals to crawl rather than swim.

Don’t underestimate these echinoderms, they’ll take down any whale! …as long as it’s dead. Bat stars actually play an important role in their ecosystems by acting as scavengers. Their penchant for rotting flesh practically makes them zombies! (Assuming zombies played a docile yet valuable role in their habitats).

Even better than something that’s practically a zombie, is a worm named for just that! Not to worry though, zombie worms don’t crave brains but rather whale bones, BOOOONES! (Okay, they’re not so dramatic, they are just a type of deep-sea benthic worm). Interestingly though, it’s not the bones per say that these 1-3inch long creatures want to eat, but rather what’s inside the bones, fat, FAAAAAT!

Offshore of California’s Catalina Island, a translucent cave dweller awaited discovery. Its ghastly bare bones demeanor shouldn’t cause too much of a fright, it’s only 1/10th of an inch long (3.3 mm). This species of Skeleton shrimp is the first from its genus, Liropus, to be described form the north-east Pacific but it wasn’t confirmed until an expert in these creepy creatures happened upon it during a trip to the Canadian Museum of Nature.

Discovered in 1939 this spooky species had left marine biologist puzzling over the function of its tubular eyes. Initially thought to be fixed in place, scientists now know that these eyes are capable of rotating within their heads.

These mysterious marine beasts can be found as deep as 7000 feet (2200 meters). With around 38 of these demonic feline fish scouring the oceans, they are one of the most species rich genera of sharks and more species are still being discovered!

The Goblin shark comes in a frightful combination of pink body color (that’s right pink!) with blue fins. Despite what some may have seen in Syfy movies, these creature features won’t be coming to a beach near you anytime soon because they prefer continental slopes between 885 feet (270 meters) and 3149 feet (960 meters).

As any lover of all things scary knows, no good haunted house is without a chainsaw. Now imagine if you had one on your face! The elasmobranch world gives us not one but two of these weapon wielding-faced fiends. Saw sharks can be distinguished by their sawfish counterparts by the placement of their gills. Saw sharks have gills along the side of their head whereas sawfish have them on the underside of their body. Sawsharks in particular, are one of the most critically endangered species of elasmobranch so a clever way to bring their plight to light is always a scary good idea.