In public aquariums, you might had the privilege of viewing an embryo developing in its egg case watching it grow from a little alien-like body to a fully developed shark or skate.

But, have you wondered how did the aquarists were able to exhibit this without harming the developing embryos? I'll tell you! For my thesis, I have been monitoring the development of a species of skate called the Big skate (Beringraja binoculata). In order to do that, I had to learn how to cut open the egg case, and what better way to learn this technique from than from the experts at the Monterey Bay Aquarium?

The Monterey Bay Aquarium has a popular exhibit where they display embryos developing in an egg case, so I was very lucky to have one of the aquarists, Kelsey Barker teach me how to implement this.

First of all, we need fertile egg cases. Similar to birds, skates can lay unfertilized eggs in their egg cases, but dissecting an infertile egg case is not the best idea as it becomes very messy. This species, the Big skate (B. binoculata) is really interesting, because unlike other species of skates (currently 287+), it is one of TWO species of skates that have the ability to produce multiple embryos within an egg case! How cool is that? All other sharks, skates, and chimaera species produce one embryo per egg case. These Big skate egg cases range from 20 cm to 32 cm in total length (TL).

Once we have a fertile egg, we make sure that the horns of the egg case have opened up. These horns will allow us squeeze trapped air once we enclosed the egg case back up again. This protocol only requires several minutes, we have to take the egg case out to make sure the embryos don't float away! We carefully make an incision with a scalpel on the flat side of the egg case, as it's easier to glue the viewing window. Then using scissors, we cut a square opening in the middle of the egg case.

Once the egg case has been successfully dissected, we dry the outer corners of the square, and use the two most highly 'scientific' items to place the viewing window; super glue and sheet protectors! We wait for the glue to dry and then immerse the egg case back into the water, squeezing any air bubbles out.

Now the egg case is ready to be on exhibit or observed. Here is a picture of my tank setup! 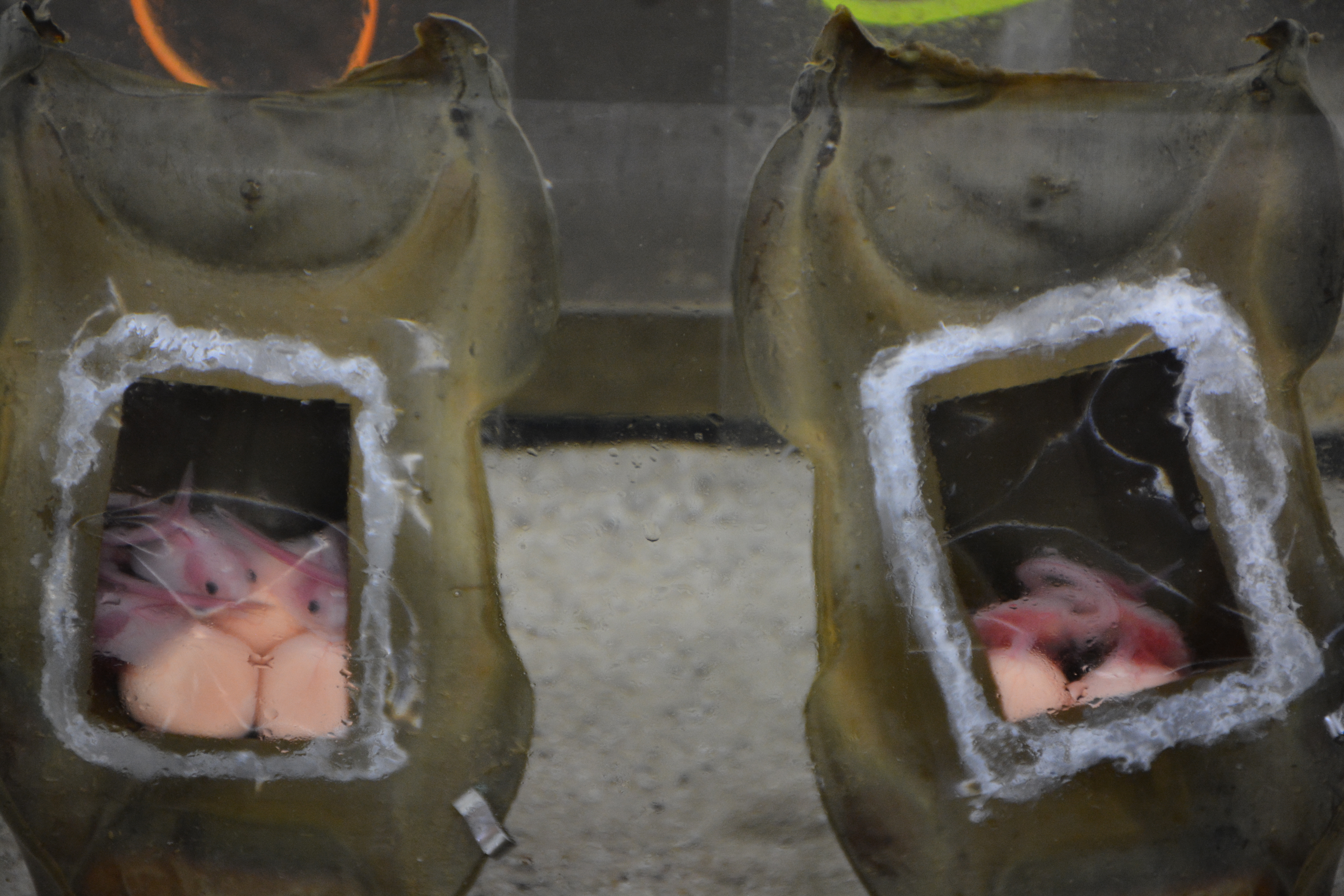 These embryos will fully develop within six to eight months, this is around the time when they used up their yolk sacs, then they emerge out of their egg cases ready to show the world that being a baby skate isn't easy!