March 2009:  Yesterday’s dawn revealed the greasy, orange Russian research vessel looming on the horizon. A few short hours later, the small green field station with white shutters where I’ve lived in for the past 5 months grew smaller as we sped across the bay in zodiacs towards our floating ride home.

The events of the past three weeks are a blur of inventorying, packing, and cleaning. Everything was counted down to the last pencil, and then placed in bags to inhibit moisture and mold over the winter. The satellite antennas, wind generators, everything that connected us to the outside world and generated our power supply was disassembled.

I felt ready to go, but wanted to climb to the top of Jardine, the 700 ft peak above Escurra Inlet. The weather had been unimpressive all week, but the morning of the extra day was miraculously clear and sunlit. We made the three hour trip from Copacabana, exploring some new routes over the glacier. Jardine is an eroding basalt monument, the remnants of a 25 million year old volcanic plug. From the top, all of Admiralty Bay was visible in stunning panorama. The scenery was crystalline, the light was just right. From this perspective, I could see a good portion of the area we worked in over the past 5 months. I tried hard to imprint this last, perfect view of the island. 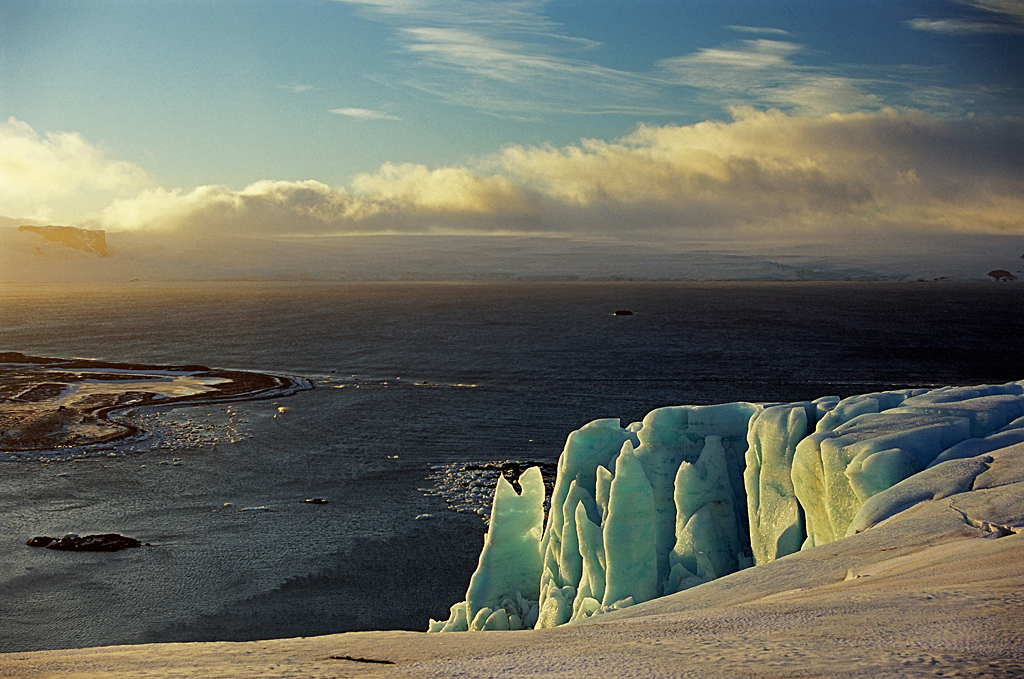 Now, sitting on the Russian ship, I feel drained. I just took the first consistently hot shower I’ve had in 5 months. Watching the rust-tinged water drain away, I felt like I was being wasteful. I’m too clean, the ship is too hot. I’ve spent months of my life on boats, but now I feel claustrophobic. The dull roar of the engine never ceases, the fluorescent lights flicker in tunnels of blue hallways.

Already I miss my life on King George Island. I wish I could sum up my experiences in the last five months with the perfect conclusion, like that last day on Jardine. Maybe the filter of time and distance will provide the necessary perspective, but for now, nothing I could write would be eloquent enough.