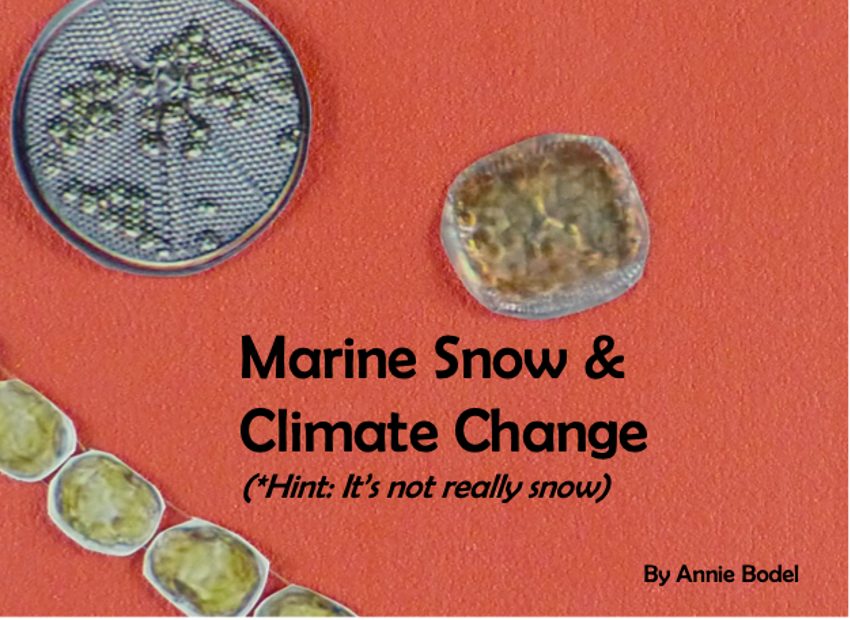 In a forest when something dies--a leaf, a plant, an animal-- it likely settles onto the ground where it begins a process of decay and integration into the layers of earth beneath. Unless it's carried far away by a scavenger, it mostly stays local after it dies, becoming a part of soil nutrient and mineral cycles at most a meter deep.

In contrast, when something dies in the open ocean, a gravitational free-fall commences, taking place over days, weeks or months, as marine creatures have potentially miles of ocean to sink through: 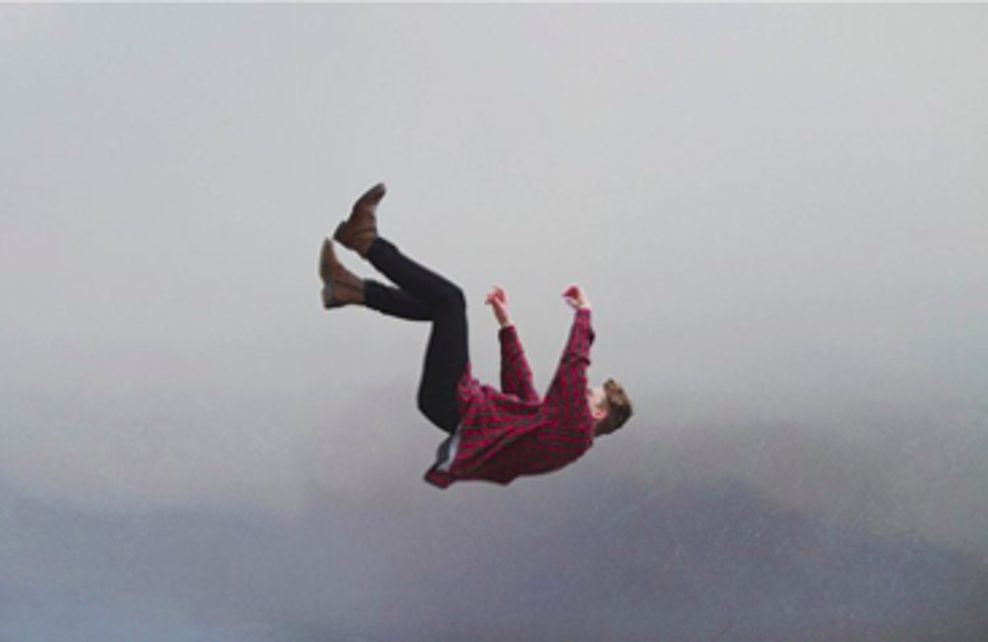 For the millions of phytoplankton (microscopic plant-like organisms) that are living and dying rapidly in the surface ocean, their deaths create a relentless 'snowstorm' of carcasses and particles. 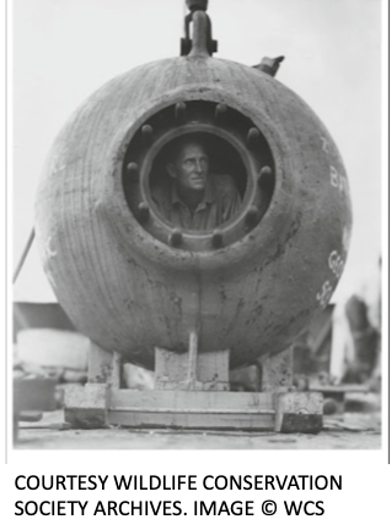 This detrital rain, commonly referred to as "marine snow" was first described as such by William Beebe, looking out the window of his Bathysphere, and later popularized by Rachel Carson in her seminal book The Sea Around Us (1951).

This detrital snowstorm is a vital, and often sole, food source for fish and other animals living in the mid and deep ocean.  Marine snow is so tasty because it’s made mostly of organic carbon.

Marine scientists like me are interested in these carbon-packed nuggets because marine snow is the quickest way to get carbon to the deep ocean where it stays out of the atmosphere for hundreds to thousands of years.

Less carbon dioxide (CO2) in the atmosphere means a less rapidly warming planet. Since the Industrial Revolution, human activity has rapidly increased the amount of CO2 gas in the atmosphere, primarily due to the burning of fossil fuels. Atmospheric CO2 has a direct effect on average global temperatures and many of the catastrophic effects of recent climate change have CO2 gas to blame.

Every year the ocean is able to absorb 30% of the extra CO2 gas we put into the atmosphere because marine snow is bringing that carbon down deep, allowing the surface ocean to absorb more CO2 from the air.

Phytoplankton take-up this CO2 from the water and use it to grow. After they (and the animals that eat them) die, their bodies sink downward out of the sunlit zone, carrying the carbon they are made of with them.

Since marine snow is so important to CO2 export we need to know so much more!
How much carbon is being exported and how does this change in different parts of the ocean and at different times of year? I want to know: who is sinking, how they are sinking and does it matter?

How to catch sinking marine snow

Sediment traps--cylindrical tubes open at the top with collection jars at the bottom- Nicola Paul (collaborator) and I secure the trap tubes on the frame. 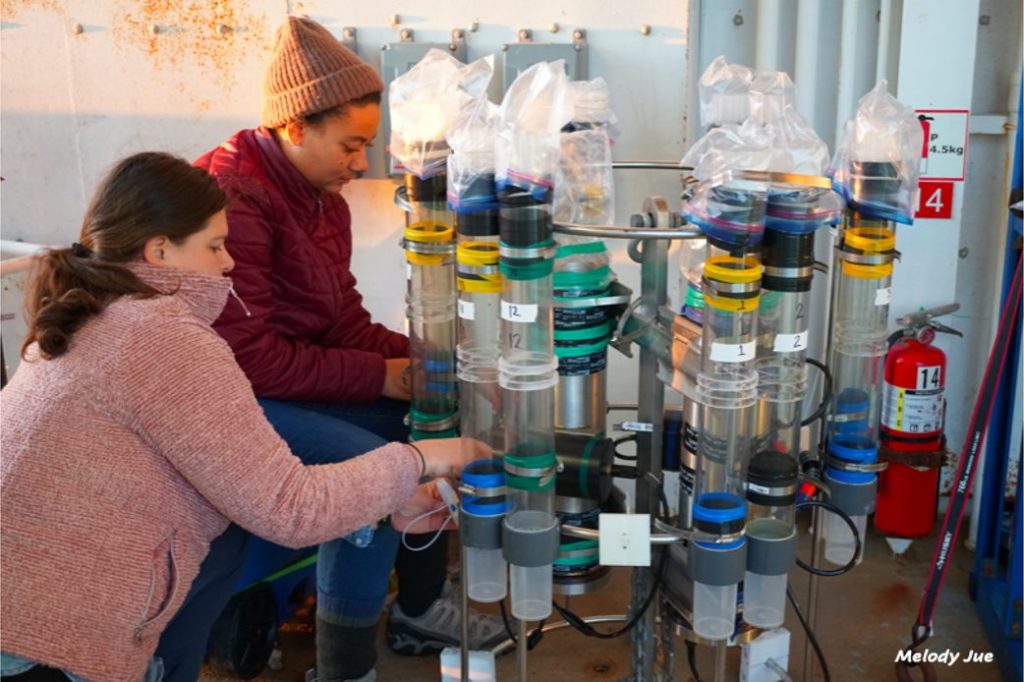 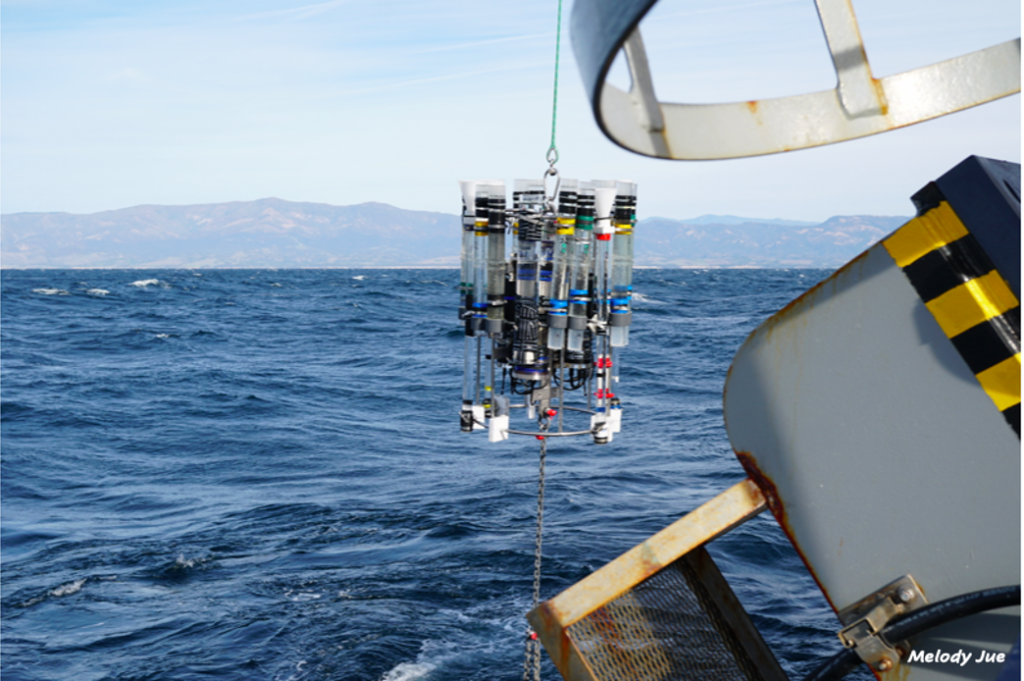 I command the A-Frame arm that dangles our precious array off the ship’s stern. I feel powerful! The traps are weighted to drift at different depths while they collect sinking marine snow. Surface buoys drop in last. We cut ‘em loose from the ship and hope to see our traps again. 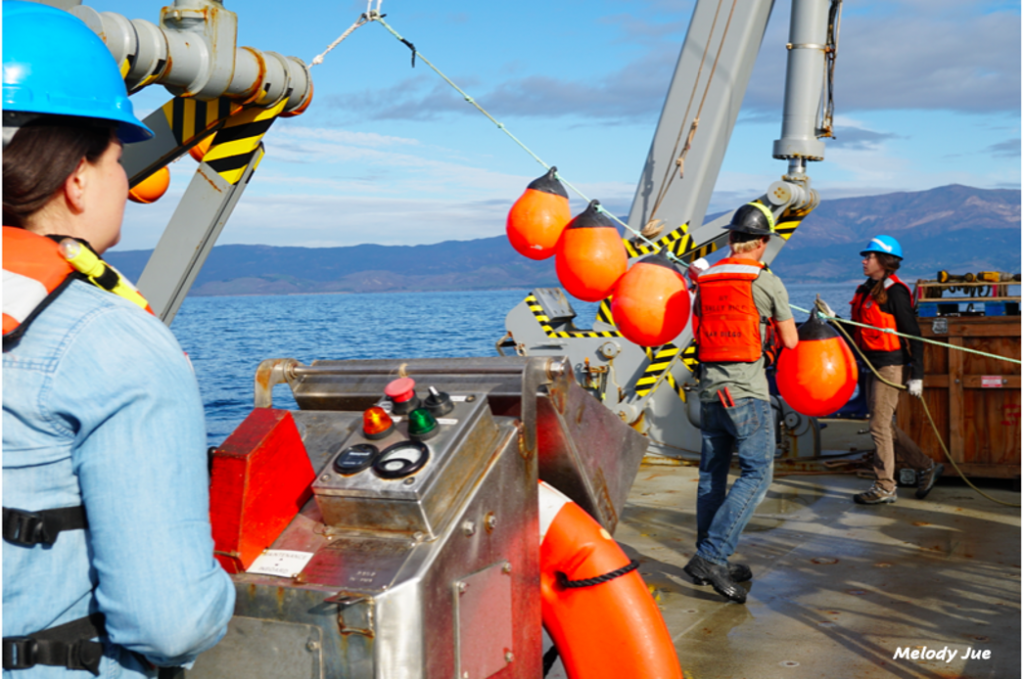 Home at our Lab

Back at the Plankton Ecology and Biogeochemistry Lab at Moss Landing Marine Laboratories, Dr. Colleen Durkin and I get to be detectives. We have so many questions about these corpses’ journeys.

I can’t wait to look through our microscope to see our captives. This is what it is like for me: I am on the world’s tiniest Easter egg hunt and it is incredibly fun.

I scroll past larger marine snow: clumps of cells (aggregates), skinny and fat fecal pellets, and fibers from a shipboard sweater, or possibly mine. I'm searching in particular for those tiny individual cells, the remains of phytoplankton or other protists who sank deep into our traps on their own.

When I do find them, their cell walls gleam up at me like tiny immaculate gems. 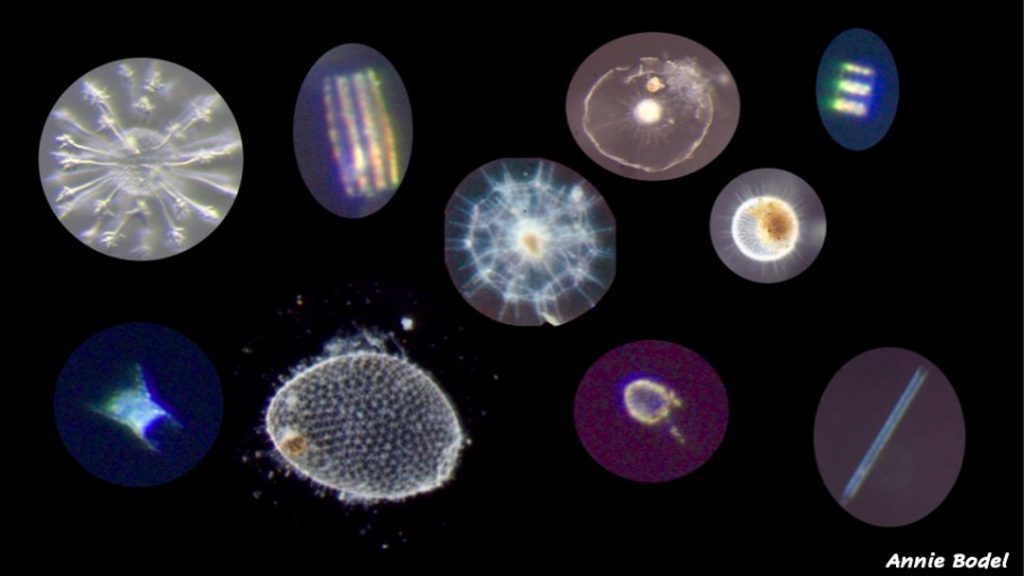 Treasure found! I get to look at these beautiful cells for work?! 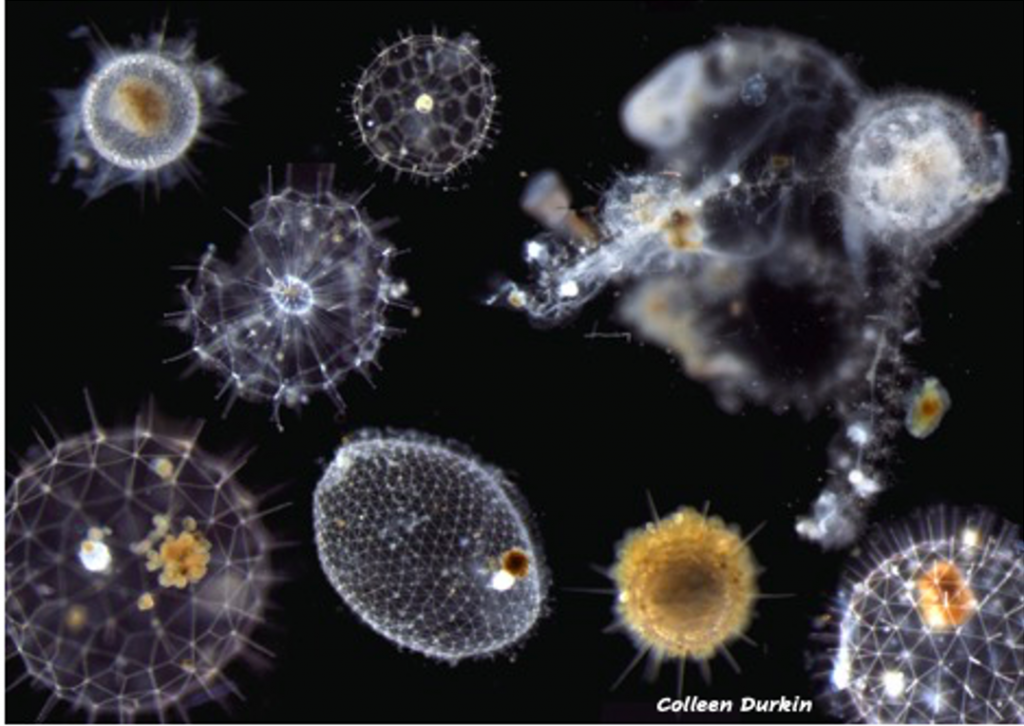 Gorgeous but overlooked and excluded from current scientific models of how marine snow transports carbon, these beautiful individual cells are new to the equation.

Every one that I catch, identify, and assign a carbon value adds a fresh data point, cataloging the contribution of solo cells to carbon export.

Each of my corpses adds to growing evidence that these solo sinkers are important & deserve attention.

Tiny, beautiful, awesome and important! And I get to be part of it all.

For more on the beauty and power of tiny things see The Plankton Chronicles, Tyrney Thys and Christian and Noé Sardet’s award-winning film The Secret Life of Plankton, and Micropia, the world’s first museum devoted entirely to micro-organisms.