Stranding response: This animal was reported to the MLML Stranding Network by a member of the public who found the carcass on Fanshell Beach. Since 2015 Guadalupe fur seals have been stranding in unusually high numbers in California. In response to the elevated live and dead strandings of this already endangered species, NOAA declared an Unusual Mortality Event (UME). As part of the ongoing Guadalupe Fur Seal UME investigation, MLML recovered this animal and transferred it to The Marine Mammal Center (TMMC) for necropsy. TMMC scientists conducted a detailed exam and collected a number of important samples, but unfortunately they were unable to determine the cause of death due to the state of decomposition. 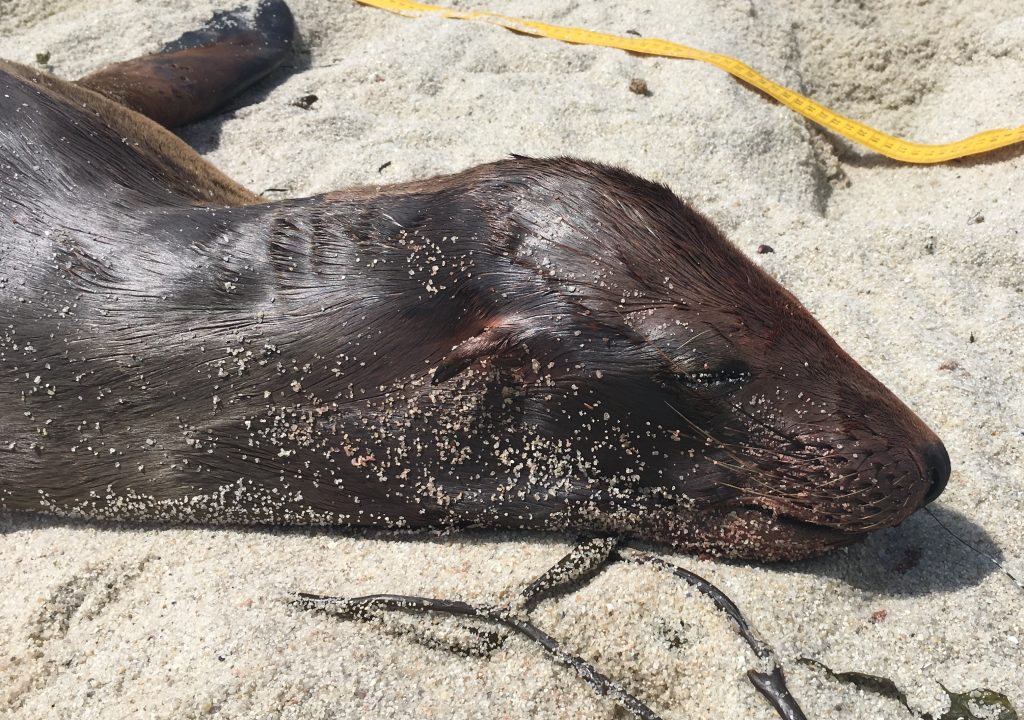 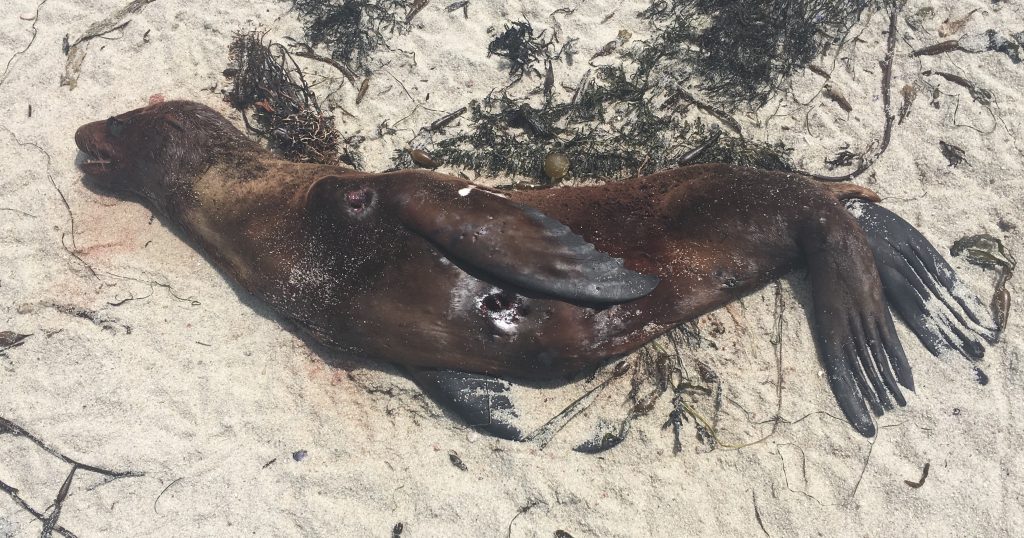 All activities permitted by the National Marine Fisheries Service