Between 2012 and 2015, we developed and deployed a rotating, stereo-video camera system (Lander) over 1000 surveys in central California. The main objective for this tool was to collect fisheries independent data on groundfish populations in untrawlable areas -- specifically, deep rocky reef habitat between 100 - 250 m deep. This tool was used for three main sub-projects described below. 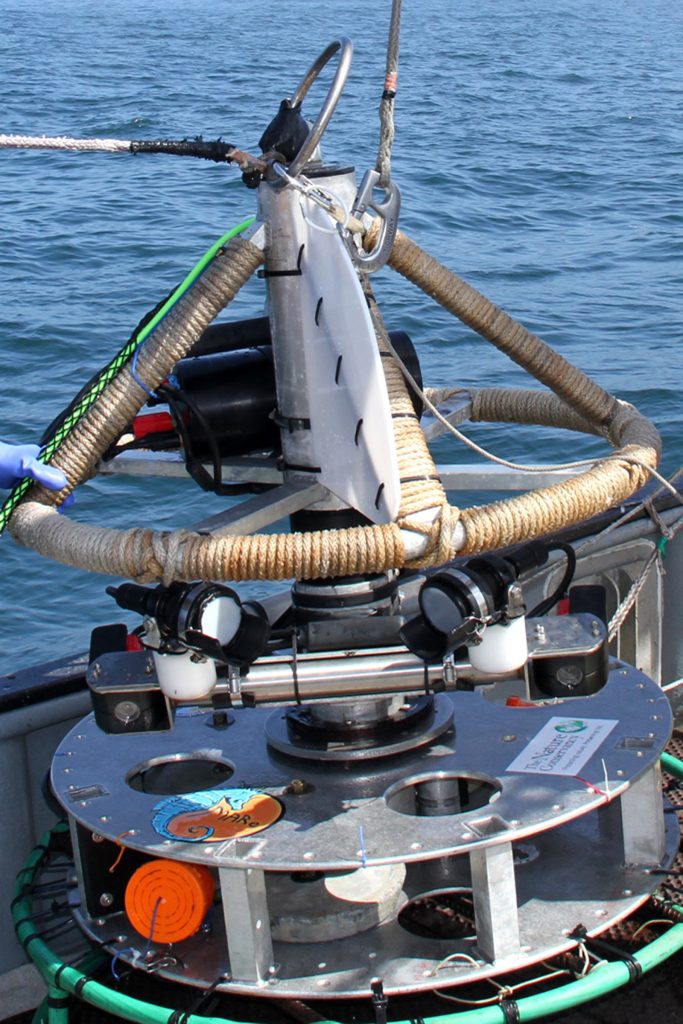 Background: In 2002, Rockfish Conservation Areas were established along the entire U.S. West Coast that prohibits trawl fishing roughly between 185-274 meters depth and the use of commercial fishing gear between 91 and 274 meters depth. This management decision was made in response to overfishing of many slow-growing, vulnerable species in the 1970s and 1980s. These RCAs, along with other management measures, have been successful in reducing the fishing mortality of these at-risk species, but have also limited fishing opportunities on more abundant, less-vulnerable species. Furthermore, these restrictions have constrained the amount of fisheries-dependent data available to evaluate the population status of fished species. Currently, the main fishery-independent method for measuring groundfish stocks is the West Coast Groundfish Bottom Trawl Survey. This survey is limited to low-relief, soft-bottom habitat, and therefore provides little information about rockfish species that inhabit untrawlable, high-relief habitats. Video landers have recently gained traction as a relatively affordable and statistically robust tool that could be deployed in high relief habitats. We worked with engineers at Marine Applied Research and Exploration (MARE) to design and build a rotating, stereo-video lander. The rotating Lander could make a full 360-degree rotation in 1 minute and was capable of surveying to 300 meters deep.

Study 1: We conducted one study between San Francisco and Morro Bay to determine if modified fishing gear could be used to target abundant fish stocks while avoiding overfished species (OFS) such as Yelloweye Rockfish or Cowcod. Working with commercial fisherman and scientists from the Nature Conservancy, National Marine Fisheries Service, California Department of Fish and Wildlife, and the Environmental Defense Fund, we fished for a total of 58 days and completed 741 sets with hook-and-line fishing gear.  Local knowledge as well as fisheries dependent and independent data were used to create predictive maps of species distributions and to target areas where OFS would be present. We then conducted 299 video surveys in these same locations. Comparisons between our fishing and stereo-video surveys indicated that modified hook and line gear could be used to catch abundant species with limited bycatch of rebuilding species.

To read more about the results of this study, please read our paper in PLOS One:

Study 2: We tested the rotating Lander against one of MBARI's remotely operated vehicles at Portuguse Ledge in Monterey Bay. This study was designed to see how density and species compositions, as well as variability, compared across survey platforms. Results from this study suggested that while density estimates are similar between tools, variability was greater among Lander density estimates, likely due to the smaller area surveyed. These results further suggest that ROVs may be most appropriate for surveying small reef features in great detail; whereas, the Lander may be more suitable to broad scale surveys of the coast.

Several students, including Christian Denny and Anne Tagini, have used data from the rotating Lander as part of their Thesis project.

Check out the lander photo gallery

Video lander data presented at the CalCOFI Conference in 2014.

Video lander data presented at the Western Groundfish Conference in 2014.