Over the last few years, The Nature Conservancy, along with other academic, agency and fishing industry partners have been utilizing remotely operated vehicles (ROVs) and small landers to assess demersal fish populations along the continental shelf. Their pilot efforts have demonstrated the benefits of stereo video surveys and also the limitations of existing visual tools. In particular, there are two important use cases for which improved and more cost-effective and scalable stereo video tools could help to address important management needs:  (1) scaling up visual monitoring of habitats and fish populations in deep habitats inside/outside state MPAs throughout California, and (2) working with NOAA-Fisheries to improve assessments of demersal fish stocks through visual surveys of fish size and density in “untrawlable” rocky habitats across the West Coast. 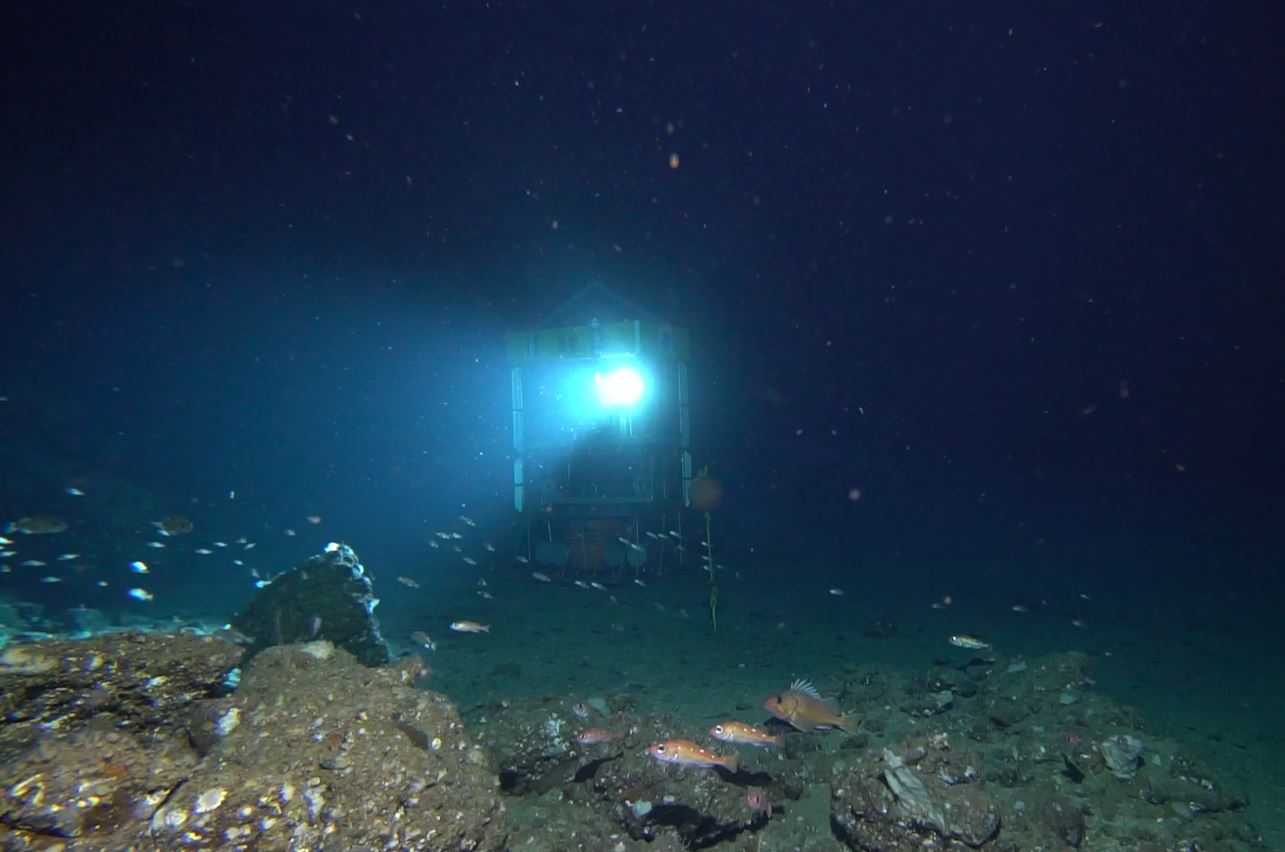 Since 2012, the FCB lab has utilized a series of drop-camera landers in central and southern California. The first set of projects utilized a rotating video lander, developed by Marine Applied Research and Exploration (MARE), and targeted deep, rocky-reef habitats in central California. Beginning in 2016, a set of "mini-landers" were constructed at MLML as part of a project to survey Marine Protected Areas in southern California. These small drop cameras were deployed in the summers of 2016 and 2017 as part of an ongoing thesis study that will compare the mini-lander data to ongoing, annual SCUBA surveys. Finally, a new, 8-camera video lander is currently being developed through a partnership with the Monterey Bay Aquarium Research Institute. A 2-camera prototype of this new Benthic Observation Survey System (the BOSS) was tested in southern California in October 2017. We deployed the final version of this tool during 24 days at sea in Fall 2018. Please check out the links below for more detailed information on each of these projects.