Life history changes in female blue rockfish, Sebastes mystinus, before and after overfishing, in Central California 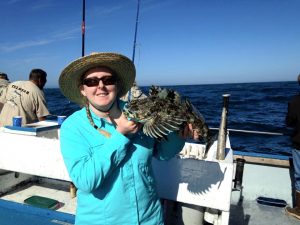 Katie joined the Fisheries & Conservation Biology Lab in May 2008.  She participated as science crew for the California Collaborative Fisheries Research Program (CCFRP) each summer, serving as field coordinator in 2010 and 2011.

Katie defended her thesis in May 2014.   Her research provided current estimates of life history (growth, age at maturity, length at maturity, and fecundity) for Blue Rockfish, Sebastes mystinus, and Deacon Rockfish, Sebastes diaconus (Frable 2015).  The value differences found between the two species' traits were slight.  When she compared life history traits from both species combined to historical life history estimates, she found large and significant differences.  The 2010s female fish grow to smaller maximum sizes than they did in the 1980s, 2010s female mature at much smaller sizes than they did in the 1960s, and 2010s female fish mature 1-2 years earlier than they did in the 1980s.  However, the total fecundity of females in relation to their length remained the same between 1960s and 2010s fish.  (Please note the current life history trait values were estimated from a combination of Blue and Deacon Rockfish samples since the past estimates from the 1960s and 1980s treated them as one species, and there is no way to separate this information currently).   The observed shift in the life history values is probably the population's response to the overfishing of these species that occurred in the 1980s to the early 1990s.  These new life history values will be used in the next Blue Rockfish/ Deacon Rockfish stock assessment.

After Moss Landing, Katie volunteered at the NMFS Southwest Fisheries Science Center with Dr. Munch's research group, which focuses on trans-generational plasticity of life history traits in Sheepshead Minnow.  She also assisted with a historical catch reconstruction of Rockfishes in Puget Sound, WA. In 2016 she began working at NOAA Fisheries West Coast Region in the Central Valley office in Sacramento. 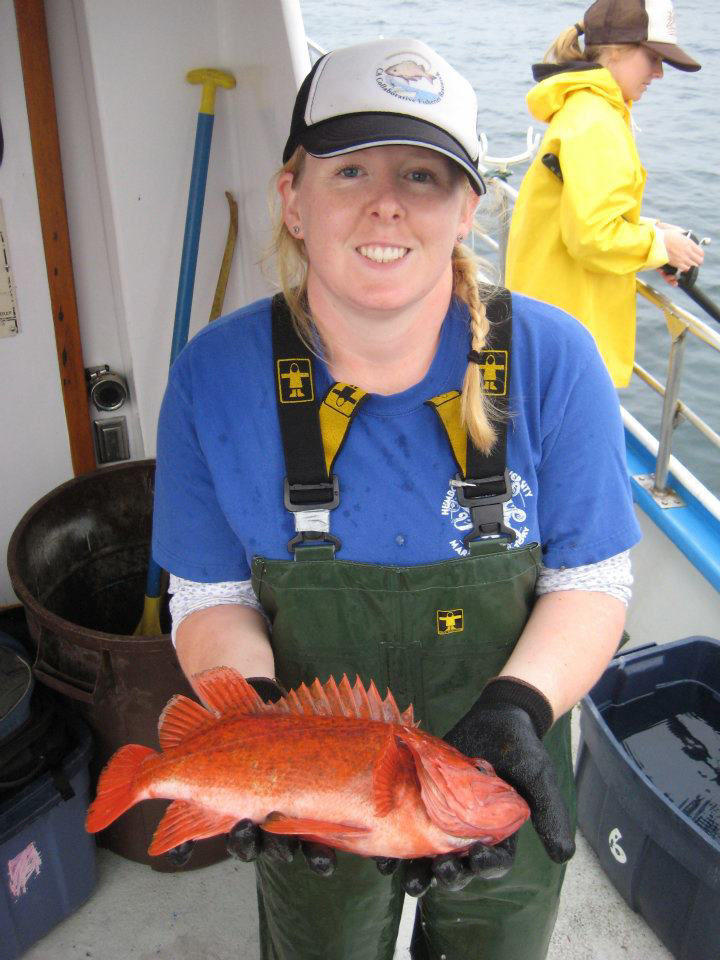