Erin Loury was an associated student working jointly with the Pacific Shark Research Center (PSRC) and the Fisheries & Conservation Biology Lab at MLML. 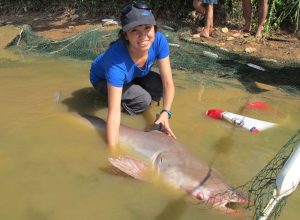 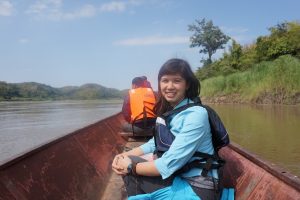 Her thesis assessed the tropic ecology of the gopher rockfish inside and outside of MPAs in Central California. Marine protected areas (MPAs) can potentially impact food web dynamics by increasing the density of predatory fishes within their borders. Such increases in density can cause shifts in the prey use of generalist predators. This study investigated the effects of increased conspecific density on the diet of Gopher Rockfish (Sebastes carnatus) at a 35-year-old MPA at Point Lobos and four newly established central California MPAs at Año Nuevo, Point Lobos, Piedras Blancas, and Point Buchon. Analysis of 710 stomachs collected in 2007-2009 indicated the most important overall prey were crabs, especially of the family Pisidae and the genus Cancer, as well as brittle stars and mysids. Diets did not differ inside versus outside the old Point Lobos MPA in terms of prey richness, evenness, and composition. Trophic level and individual specialization also did not differ. No consistent differences in these metrics were observed inside versus outside the four new MPAs, although prey evenness and composition did differ significantly among geographic locations. Diets at Año Nuevo, the most northern and shallow collection location, were dominated by Cancer crabs and porcelain crabs, while diets from southern, deeper locations were dominated by brittle stars. The case study of the old Point Lobos MPA indicates that changes in fish feeding ecology in MPAs may take decades to occur, if at all. Differences in prey observed among geographic locations suggest variation in the community composition among central California’s new MPAS, which may influence the effect of each MPA on food web dynamics over time.

After graduating from MLML, Erin completed the Science Communication Program at UC Santa Cruz, where she interned at the Monterey County Herald, the Monterey Bay Aquarium Research Institute, ScienceNOW (the news website of Science magazine), and the Los Angeles Times. She then went on to work for the fisheries consulting company FISHBIO, where she currently serves as Communications Director and a Fisheries Biologist. Erin regularly travels to Southeast Asia as part of FISHBIO’s international program, where she has worked with communities in Laos and Myanmar to establish Fish Conservation Zones, or freshwater no-fishing areas. 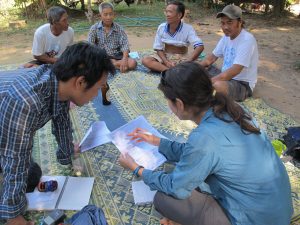 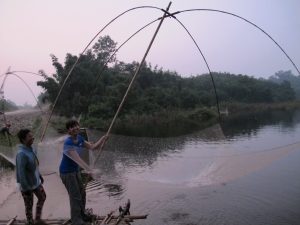