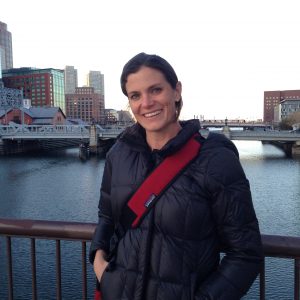 array of acoustic receivers in Carmel Bay, CA.  For all tagged lingcod, residence times in the array varied from 3.8 to 100% and averaged 54% of their respective days at liberty. The average of consecutive days spent in the array for individual lingcod, was 42.5 d ± 17.9 (SE) and the mean number of consecutive days spent out of the array was less 8.1 d ± 1.5 (SE). Residency significantly decreased with total length for female lingcod while a significant relationship was not exhibited for male lingcod. Large female lingcod, at lengths > 90% maturity, spent the least amount of time in the array but were present during the fall spawning season and briefly during the spring. There was an observed drop in the mean monthly proportion of days recorded in the array in April for males and small female lingcod.  The timing of this decline in residency coincided with the post nest-guarding dispersal period for males and also with the return of large females into the array.  Large female lingcod were recorded at significantly greater depths within the array compared to male and small female lingcod. Lingcod exhibited strong site fidelity, with tagged fish recorded on 1 receiver for an average of 76.8 % (± 3.7 SE) of all 1-hour time bins containing signals and on 2 adjacent receivers for 91.0 % (± 4.3 SE) of all 1-hour time bins.  There was no significant difference in site fidelity among sexes and size classes of tagged lingcod and patterns of movements were not found to be different among lingcod released in high, medium, and low relief habitats.

Since graduating from Moss Landing, Ashley took a position with Stanford University, where she worked closely with the Mexican NGO Comunidad Y Biodiversidad (COBI) and the fishing community at Isla Natividad, Baja California Sur, to conduct field research on the impacts of marine reserves and climatic variability on wild abalone populations. Ashley is currently with FishWise, a non-profit sustainable seafood consultancy that partners with major retailers to implement environmentally responsible seafood programs.  Her current duties involve leading FishWise’ largest partnership with the Albertsons Companies (2,200+ stores), which operates in over 18 banners across the United States.