Movements and habitat use of femal leopard sharks in Elkhorn Slough, California 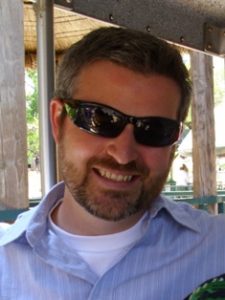 From May 2003 to February 2005, 20 female leopard sharks (78 - 140 cm TL) were tagged with acoustic transmitters in Elkhorn Slough, California, and their movements and habitat use were examined using acoustic tracking techniques. Nine sharks were manually tracked for 20-71.5 h, and 11 sharks were monitored for 4-443 d using an array of acoustic receivers. Use of different regions in Elkhorn Slough by tagged sharks changed seasonally and was associated with changes in temperature, salinity, and dissolved oxygen. Sharks used Elkhorn Slough National Estuarine Research Reserve (ESNERR) extensively throughout the year, but especially during the spring and summer. ESNERR appeared to be important as both a foraging and nursery area, likely due to the abundance of intertidal mudflats. Movements and habitat use were tidally influenced, and likely were related to the distribution of important prey items in Elkhorn Slough.

Aaron completed a PhD centered around electronic tagging and stable isotope analysis of elasmobranchs at Stanford University’s Hopkins Marine Station, where he continued as a Postdoctoral Research Fellow.