Noëlle was a research technician working with the California Collaborative Fisheries Research Program (CCFRP) from 2006-2009. Before that, she graduated from the University of California, San Diego in 2003, where she majored in biology and minored in French literature. While completing her undergraduate degree, she participated in the School for Field Studies program in Baja California where she had her first exposure to the concepts of collaborative research and bycatch. In San Diego, she also worked and volunteered in several laboratories at the Scripps Institution of Oceanography. One of which provided the opportunity to participate in a deep sea, carbon flux research cruise from Hawaii to California after graduation. Following this, Noëlle taught mathematics in Sacramento, CA and traveled abroad while applying for master’s degree programs.

In Baja California, Noëlle’s passion for collaborative research and bycatch reduction, and love of being on the water became clear. Therefore, she sought opportunities to conduct a master’s project where she could continue to work closely with fishermen on a project to promote fisheries sustainability. At the Virginia Institute of Marine Science (College of William and Mary), she was able to conduct such a study. There she modeled the size-selectivity of the commercial Atlantic sea scallop (Placopecteri magellanicus) dredge.After completing her degree, Noëlle worked with the Long-Term Ecological Research Program in Antarctica, which also allowed her to travel in South America.

Upon returning from traveling, Noëlle began her time at Moss Landing Marine Laboratories, working on the newly forming CCFRP. Noëlle left the project to begin a PhD program at Oregon State University in January 2010. Noëlle’s doctoral research evaluated an approach for quantifying bycatch mortality using reflex impairment. This also allowed for the evaluation of discard mortality of both Tanner crab (Chionoecetes bairdi) in the Alaska bottom trawl fishery and Dungeness crab (Cancer magister) in commercial and recreational Oregon fisheries. Noëlle completed her doctoral program in May 2016. 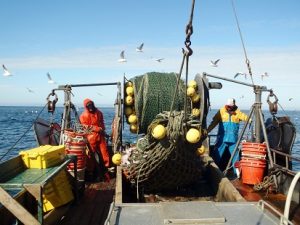 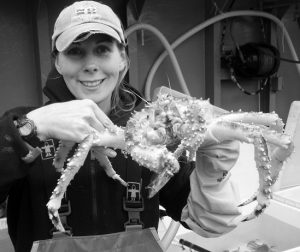