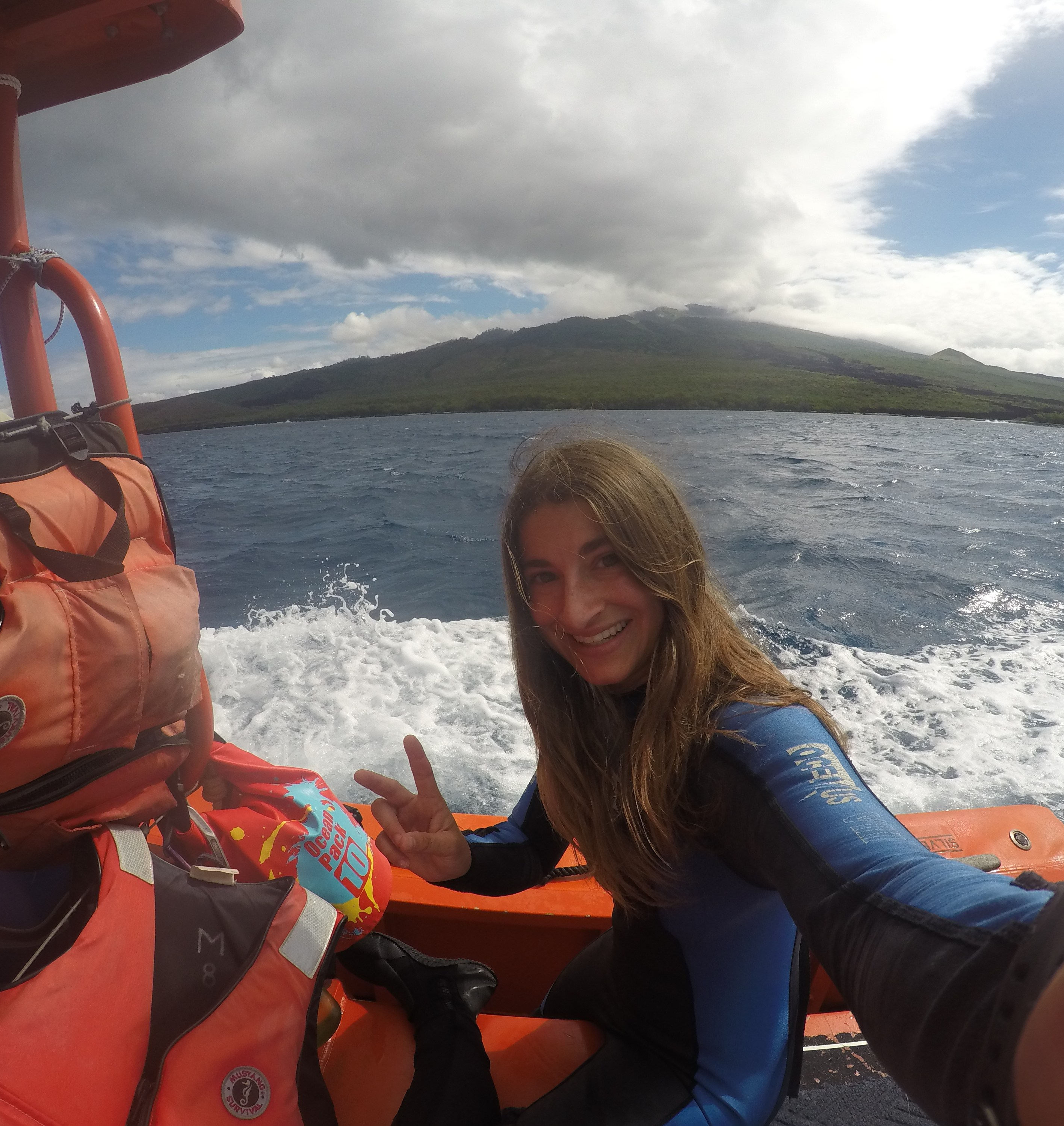 It's been a bit...vertebrate-y on the blog lately, so today we're going to hear about one of the ongoing projects of the Invertebrate Zoology lab here at Moss Landing! Our principle investigator, Dr. Jonathan Geller, is a coauthor on a recent paper to come out of our collaboration with the Infinite Diversity project, whose members include representatives from NOAA, the Smithsonian, San Diego State University, UCLA, and international scientists across Indonesia. With funding provided by the National Science Foundation, the ultimate goal of this project has been twofold: to foster international collaborations among marine scientists and to better understand marine biodiversity along geographic and anthropogenic (human-induced) stress gradients, with specific interest in tropical coral systems.

A thorough understanding of the ways in which we affect our environment and how these effects might play out under future climatic scenarios is of increasing importance, and it requires a method that is both standardized and tractable over time. So, let me tell you a little story. When I first started imagining this post almost a year ago, I had just spent a month at sea, diving at remote sites to collect field instruments that could then be brought back on board and analyzed. They were essentially stacks of PVC plates, held apart by small plastic spacers, which were anchored to the reef and left to "marinate" for years until they became nearly continuous with the reef itself. These pieces of equipment were ARMS (known in longhand as "Autonomous Reef Monitoring Structures"), and they represent the answer to the question "How do we provide a systematic, consistent, and comparable method for analyzing biodiversity across broad scales?"

By leaving these passive, non-invasive ARMS on reefs around the world, scientists can gather useful information on community structure. Because what you essentially do is create a microcosm of the reef where you have deployed it. This community includes both the mobile invertebrates such as crustaceans, polycheate worms, and molluscs, but also the sessile, non-moving groups such as sponges, bryozoans, and tunicates, which encrust the reef surface and create structural complexity within their habitat. Because coral forms the underlying bedrock upon which all reef life depends, they have received much more research attention, but increasingly these other groups are being highlighted for their importance in proper reef system functions. Some species of sponge, for example, can filter 20,000 times their own volume of water in a single 24 hour period which has severe implications for water quality and nutrient assimilation across the reef.

Last summer, students in the Invertebrate Zoology lab here at Moss Landing were sent around the world to help collect and analyze ARMS. Emmet (a fellow second-year) collected at sites across Indonesia, while I joined collaborators aboard the NOAA-owned HI'IALAKAI for a cruise around the Hawaiian islands. While I can't speak to his personal experience, the beauty of ARMS is that by standardizing the sampling, I can speak directly to the processes that go into working with them. When ARMS are retrieved and analyzed, divers are sent to locate the ARMS at a particular site. For the purpose of replication, multiple ARMS units are placed at each location. A special cage is fitted over the top to keep any organisms from falling off as they are carefully lifted to the surface and transported for analysis. Each ARMS is dis-assembled and each plate is photographed separately, top and bottom. Mobile species, such as those below, are also photographed before being isolated into vials for subsequent DNA analysis.

Often, you might be able to provide a tentative species ID in the field, but molecular-based methods are increasingly being used in conjunction with ARMS to bolster identification. Each species on earth has a unique DNA signature, and we refer to this process of using molecular ID's as "barcoding." Aside from the mobile organisms, we can use also barcodes to analyze the sessile fraction of the plates. When you look at the plates below, can you pick out a single colony? Maybe. Can you tell me with certainty that it is a sponge or a tunicate? Perhaps not, in which case, don't feel bad; I'm an invertebrate zoologist and even I am not always certain. The benefit of these modern molecular techniques is that you don't necessarily need to have a definitive ID at the time of collection. You can actually scrape those plates into a blender (we picked ours because they marketed it with a video of it blending an Iphone!) and create a slurry. By targeting specific regions in the genome that are conserved across broad groups, such as metazoa (multicellular animals), we can sequence the slurry and ultimately get a laundry-list of sequences which correlate to the species present in your sample. This application of using molecular targets to sequence mixed-species samples is similarly referred to as "meta-barcoding," and more colloquially as black magic! 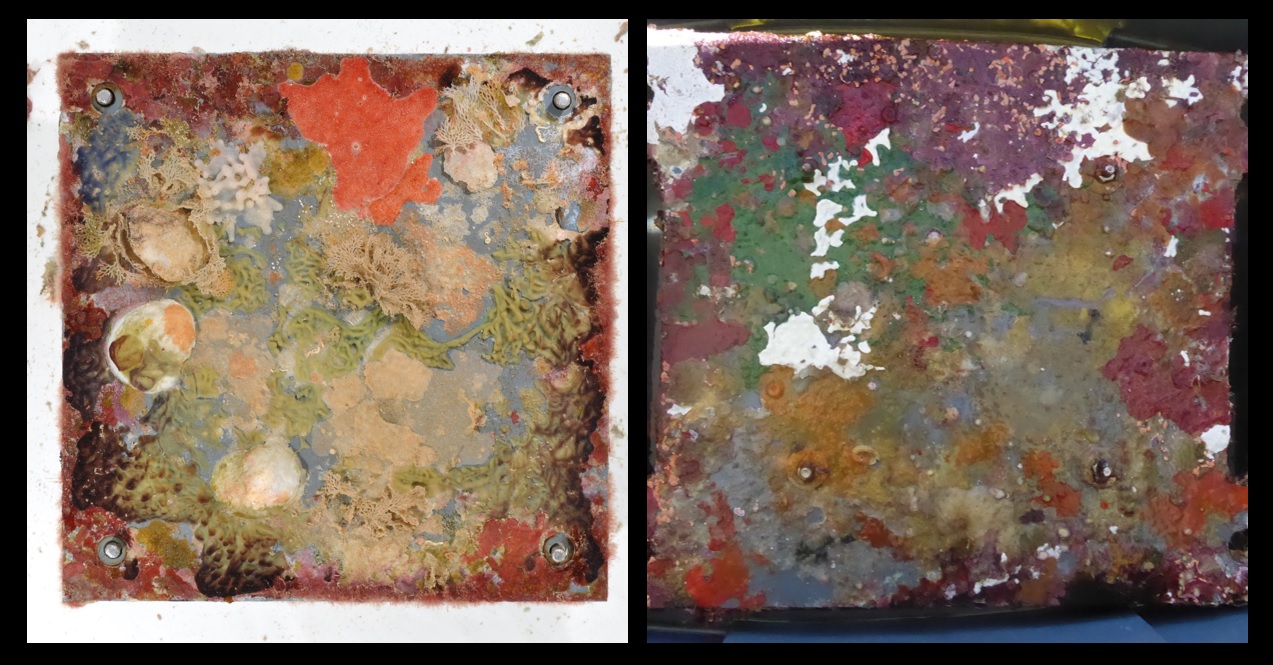 The paper I referenced at the beginning of this post stresses the importance of standardized methods when hoping to make comparisons across broad spatial or temporal scales. Over 1,600 ARMS have been deployed worldwide throughout the Pacific, Indian, and Atlantic Oceans, including some right here in Monterey Bay. Research cruises sent out to recover ARMS over the next few years will supply valuable data for addressing questions of biodiversity, community composition, and species interactions contextualized in the reality of global climate change. On a personal level, I've been especially struck by their simplicity. There's something elegant about a simple tool that gets the job done, and ARMS have shown themselves to be applicable across so many fields of study. Additionally, they really do complement the most modern molecular techniques, including many ways I don't have space to address in this post.

Author's Note: There's really no simple way to talk about molecular ecology; it always seems to be this scary, nebulous subject with a lot of words no one can understand. As someone who has never actually taken a molecular class and who has spent her first two years in grad school learning a whole new field, I totally get it. I am not, as it were, working with ARMS for my thesis, but I am using metabarcoding techniques for my project. I highly encourage anyone interested in this concept to get in touch with me. The more practice I get hashing it out with people, the better I will ultimately be as a communicator of complex science. I'll keep my fingers crossed!