With a wealth of kelp forests found locally, we have been active in studying the ecology of these diverse and beautiful systems.  Currently, we are studying predator-prey interactions inside and outside of local marine protected areas by comparing relative predation rates of invertebrate prey by predatory fishes.  The goal of this study is to determine potential cascading effects that result from closing an area to fishing the large, predatory fish from the system.

Evaluations of the performance of the Channel Islands MPA network

Working for the Partnership of Interdisciplinary Studies of Coastal Oceans (PISCO) at UCSB with Dr. Jennifer Caselle, we conducted kelp forest community surveys to evaluate changes in fish biomass on temperate rocky reefs over the decade following implementation of a network of Marine Protected Areas (MPAs) in the northern Channel Islands, California.

Map of MPAs and survey sites 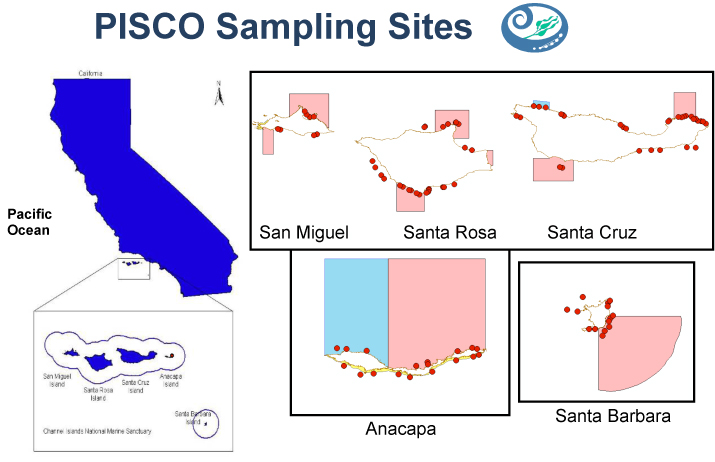 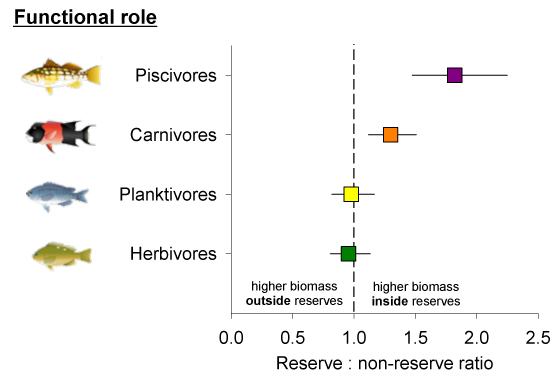 Trends in biomass of targeted and non-targeted fish species 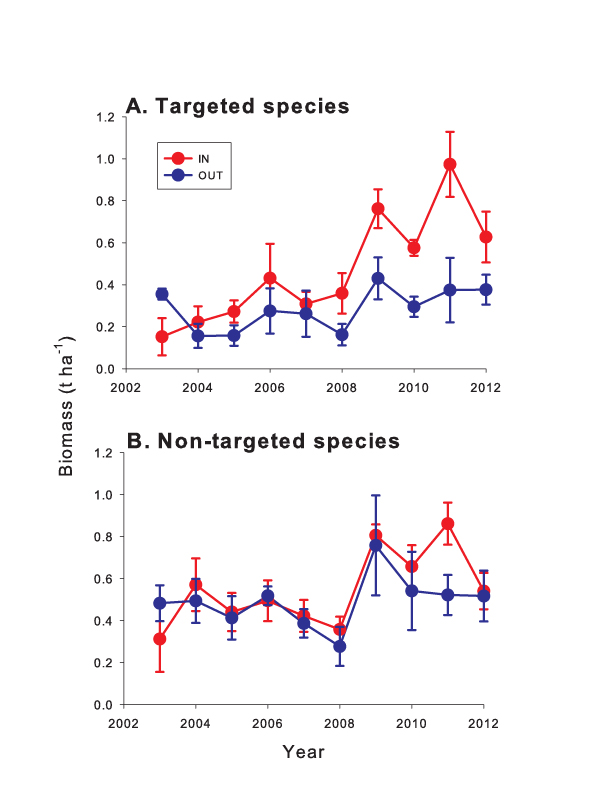 More interesting, biomass of targeted fish species also increased outside MPAs although only 27% as rapidly as in the protected areas, indicating that redistribution of fishing effort has not severely affected unprotected populations. Whether the increase outside of MPAs is due to changes in fishing pressure, fisheries management actions, adult spillover, favorable environmental conditions, or a combination of all four remains unknown.

Predation plays a pivotal role in the structuring and function of ecological communities. In the last 20-50 years, the ecological role of predators in marine systems has changed dramatically in response to their large-scale removal by humans via fishing. Management measures that stimulate predator recovery can potentially reverse the cascading effects that occur following prey release, and thus predators may directly or indirectly affect community structure and function through their consumptive activities. Marine protected areas (MPAs) and no-take marine reserves are one type of management action that has been shown to promote predator recovery because many species targeted by fishing are predators. The recovery of predators inside MPAs has the potential to dramatically affect prey populations, assemblage composition, and ultimately ecosystem function as a result of elevated prey consumption rates. 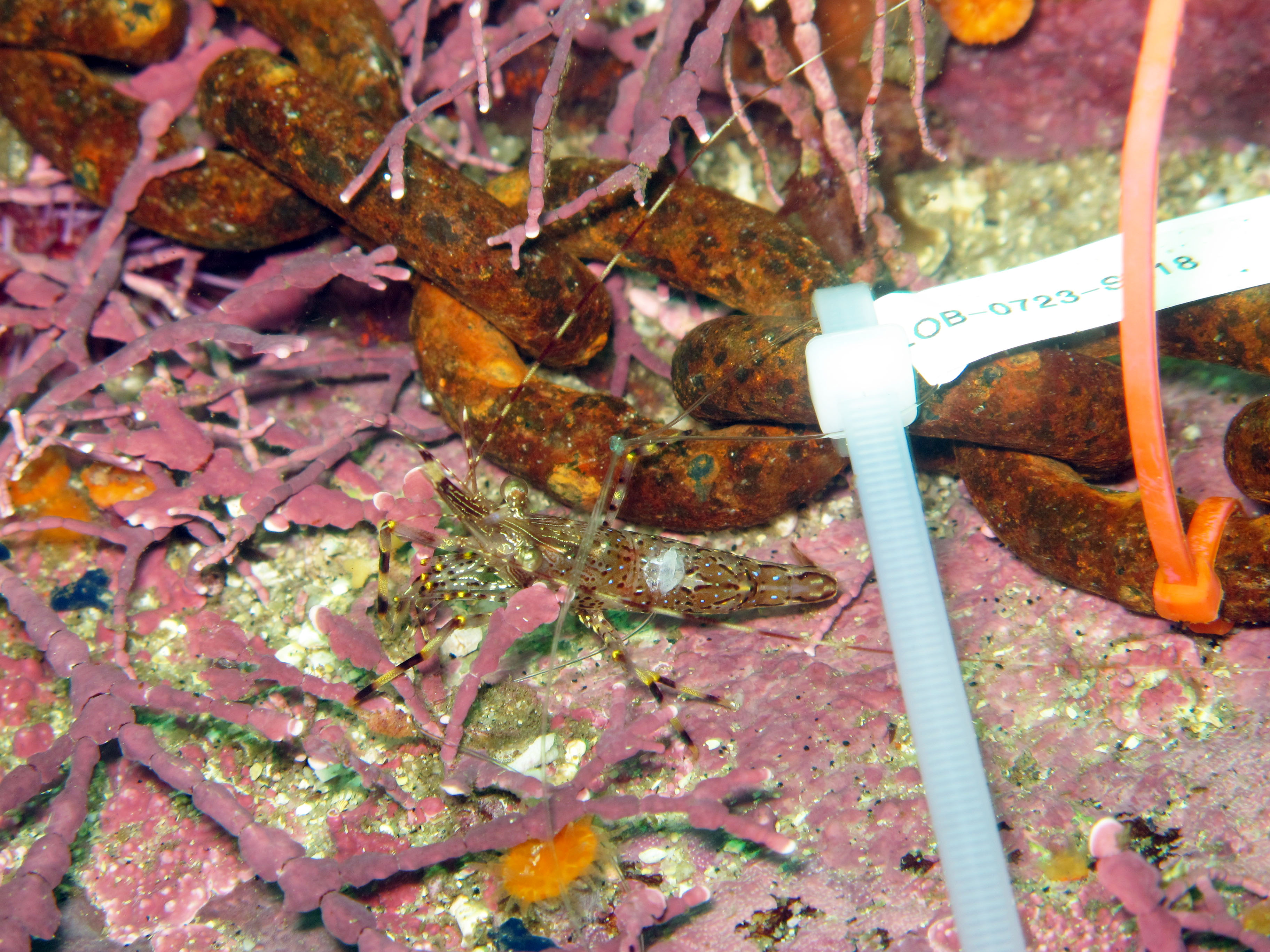 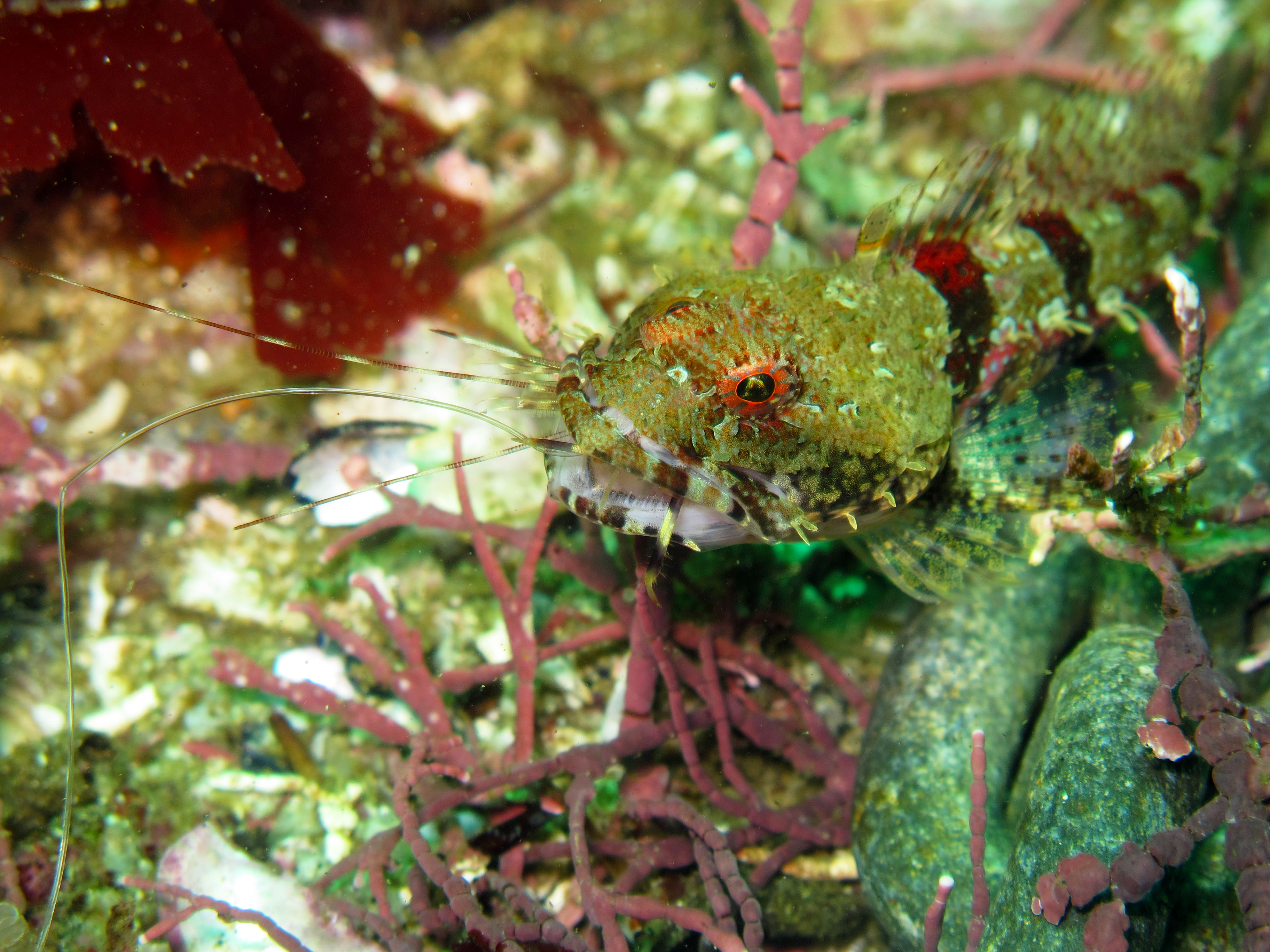 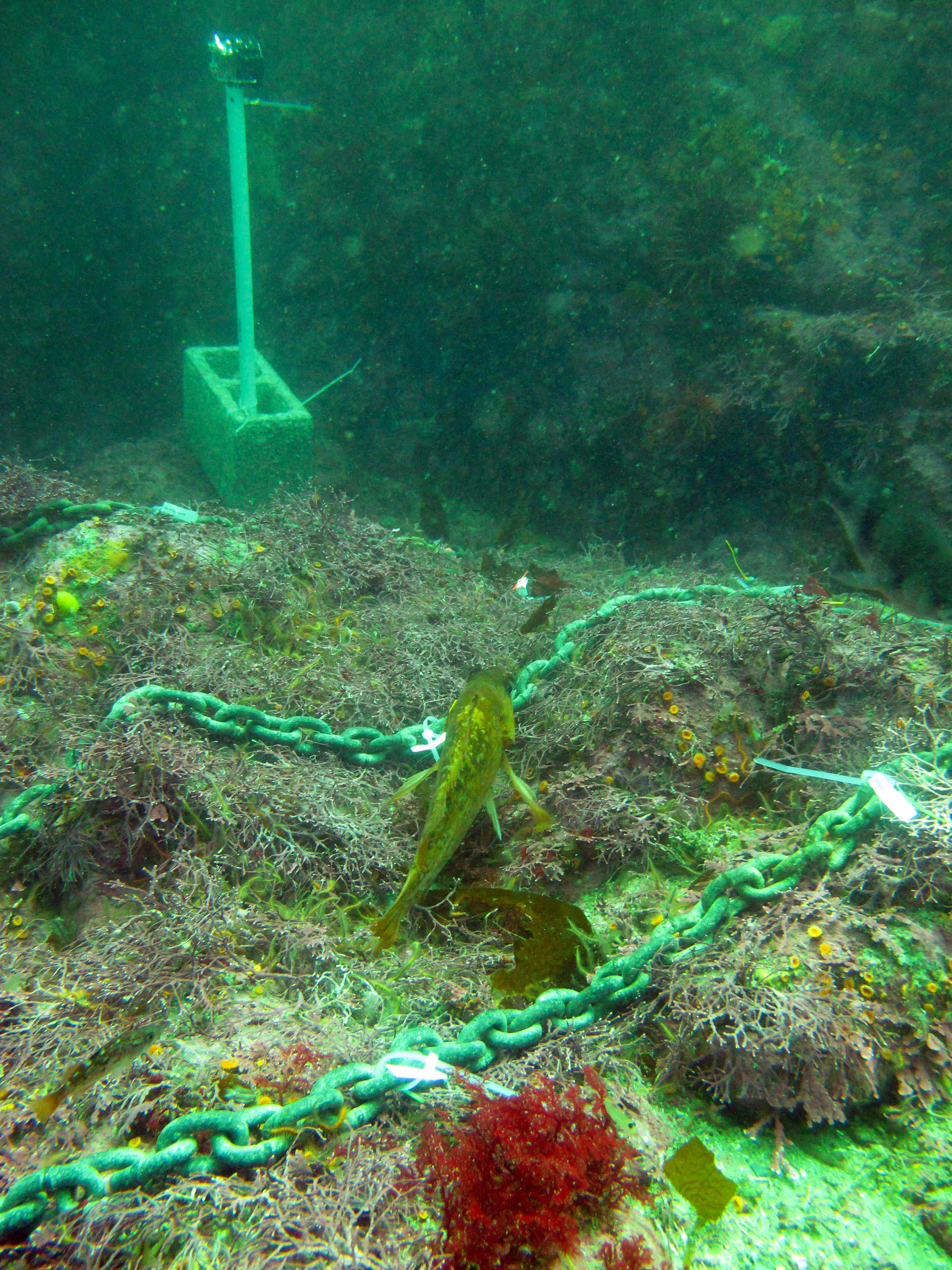 The goals of this research are to investigate whether mortality rates of invertebrates differ spatially on the central California coast, utilizing MPAs and fished sites as a natural experiment for locations that vary in predator density. The objectives include:

(1) conducting SCUBA surveys to test for differences in habitat complexity and fish and invertebrate abundance inside and outside of MPAs in three regions along the central California coast, to establish treatment conditions,

(2) using standardized tethering experiments to quantify relative mortality rates of crustaceans inside and outside of MPAs at those same sites, and

This research forms the Master's thesis of Devona Yates.