Effects of Fishing on Sex-Changing Fish

Dr. Hamilton was recently awarded an NSF grant with collaborators Mark Steele (CSU – Northridge), Mia Adreani (CSU – Northridge) and Will White (University of North Carolina – Wilmington) to study how a species’ sexual pattern (specifically sequential and simultaneous hermaphrodites) influences its demographic response to size-selective mortality. The project is based at Catalina Island and uses two species of gobies as a model experimental system to examine the effects of selective harvest on population demographics

Many important targeted fish change sex throughout their lifetime. For example, our local California sheephead (Semicossyphus pulcher), changes from females to males as they grow older.  As such, the individuals targeted by fisherman are predominately male (assuming most fisheries target the largest individuals).  Our past research has shown that size-selective fishing pressure tends to alter the size structure (Fig. 1),  reduce the timing of maturation and sex change, and skew the sex ratio of populations which oftentimes reduces the overall reproductive output.  Little is known about the impacts of selective-mortality on the reproductive potential of populations of fishes that utilize different reproductive strategies, and this study, beginning in summer 2015, seeks to explore this previously understudied consequence of fishing. 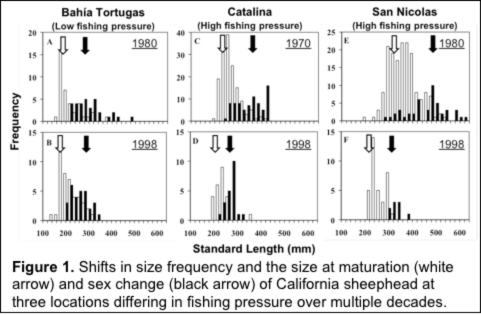 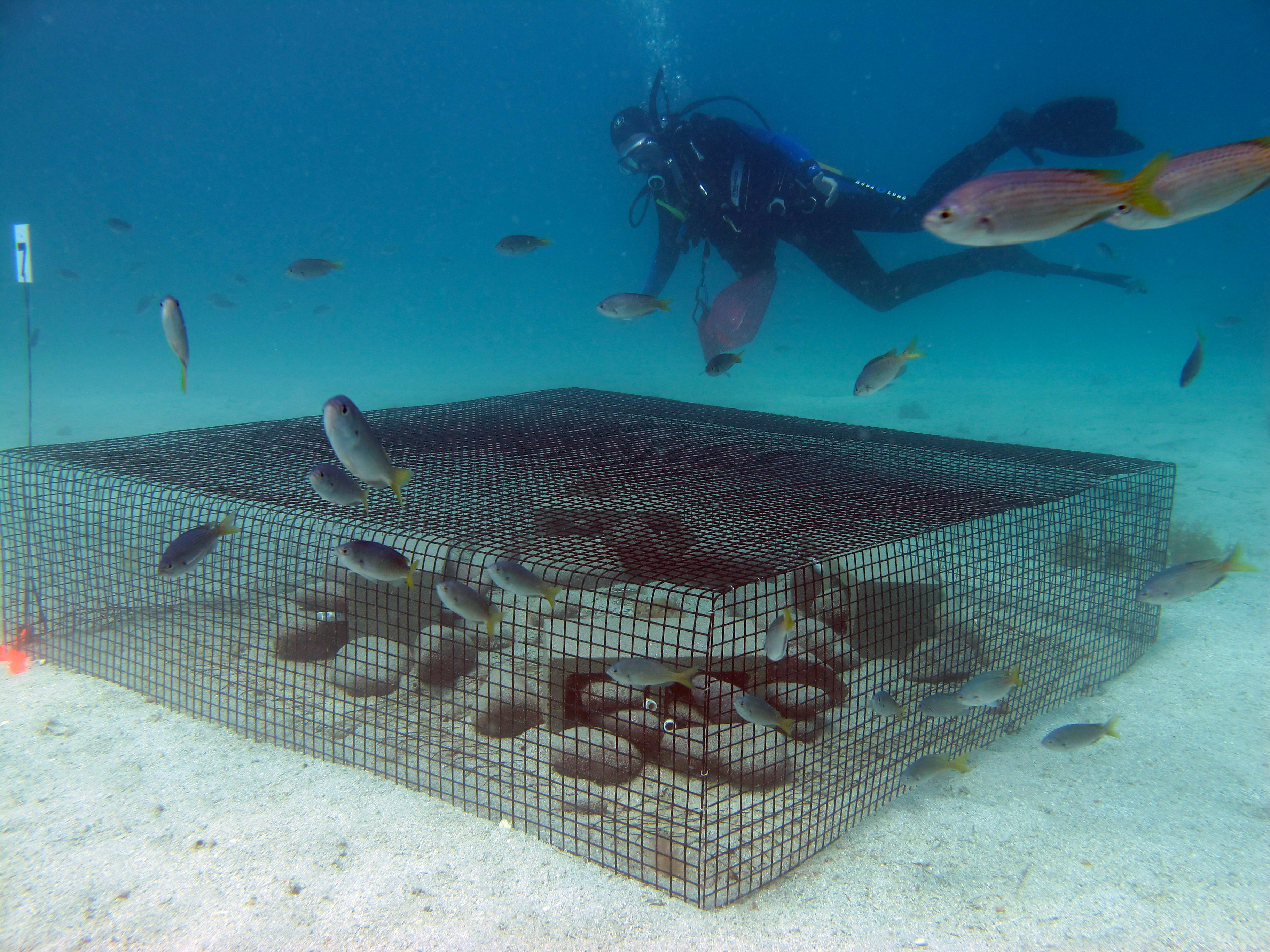 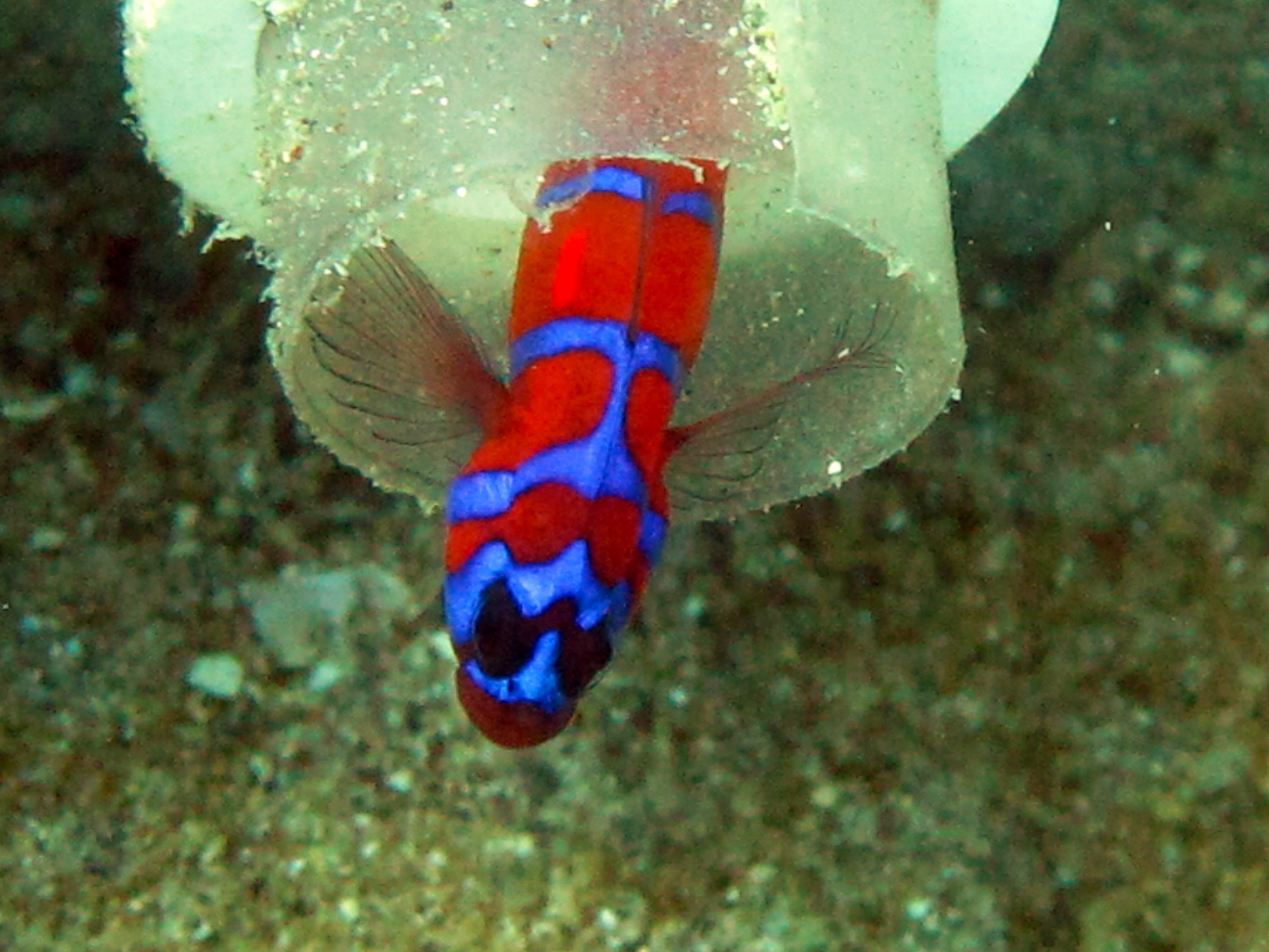 2. To create a framework to quantitatively assess whether sex-changing species are more prone to overharvesting than gonochoric species under different management scenarios.

3. To predict the response of a widely fished sex-changing species (California sheephead) to protection in marine reserves to make better-informed management decisions.

This past year, we started the fieldwork for the project and spent over 3 months setting up and working on the experiments. Field work occurred at Santa Catalina Island from late May, 2015 until late August, 2015, with periodic site visits through the end of October. The work occurred at the USC Wrigley Institute for Environmental Studies (the marine lab of the University of Southern California).

We established our primary experimental site in Big Fishermen's Cove, a sandy bay next to the marine lab with appropriate working depths in the 30-60 ft range. Our experimental design required the construction of 69 patch reefs in the sandy bay (n=49 for the main experiment and n=20 for the separate male limitation experiments) to hold populations of gobies and to limit immigration and emmigration among reefs.

Next, we constructed all the patch reefs for the experiments. Each patch reef was approximately 4m2 (2 x 2 m in size) and consisted of 4 separate patches of natural rock and a single cinderblock per patch. We estimated that we placed 30-40 tons of rock and hard substrate underwater to set up the experimental reef array, which will last the duration of the project.

The next major phase involved the construction of predator-exclusion cages to go over the top of each reef. We used coated wire mesh (similar to material used for fish traps) to construct cages that were 6 x 6 ft across and 18 inches in height. We also constructed 16 nesting units for the gobies on each reef, as a means of providing a substrate for reproduction, which would enable us to measure fecundity and reproductive output throughout the experiment.