The incorporation of seaweed in livestock feed has been shown to significantly reduce methane production during cattle digestion. The primary active ingredient in seaweed that is thought to be responsible for this effect is called bromoform, a volatile gas emitted by all macroalgae and which is involved in atmospheric ozone depletion. The anticipated expansion of the seaweed industry, particularly if focused on some of the strongest bromoform seaweed emitters, may significantly impact the natural sea-to-air flux of brominated substances to the atmosphere and thus the inventory of ozone to the atmosphere. Although the reduction of methane emissions is highly desirable from a climate change perspective, we seek to determine whether a seaweed additive feed remedy is reducing methane emissions only to introduce another equally or more deleterious climate pollutant. In this project, we are measuring the emission rates of several brominated gases from various seaweed species using purge and trap gas chromatography via laboratory bottle incubations and tank incubations at the MLML aquaculture facility. 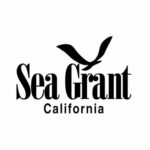 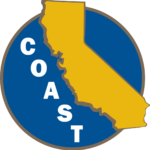