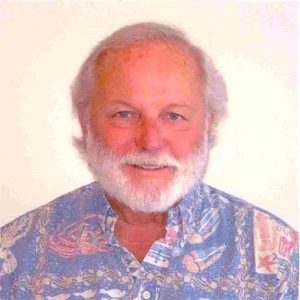 Click here for a recent copy of Greg's CV

For an up-to-date listing of Greg's publications, please visit my Google Scholar profile.

This text is modified from that under the Ichthyology Lab site (https://mlml.sjsu.edu/ichthyology/people/gregor-cailliet/), and is intended to include those activities mainly involved with the studies of the life history of sharks, rays, and chimaeras.

My graduate students, colleagues and I have done considerable research on the life history of marine and estuarine fishes. Starting in the late 1970s, we began to concentrate on the ecology of chondrichthyans (sharks, rays, and chimaeras). We have mainly concentrated on their life histories (i.e. feeding habits, age and growth, reproduction, and demography). Some of our early chondrichthyan research involved studying the sharks and rays of Elkhorn Slough, mainly in the 1970s. Some of this was during the early surveys of the fish fauna and ecology of Elkhorn Slough, but also because we participated in the various Shark Derbies held there at that time. We decided to use those specimens that were taken in the Derby and process them for life history studies. Ultimately, we changed these derbies to a tag and recapture operation, and most recently, the derbies have ceased to occur.

These early studies led us to concentrate on studies of age and growth of chondrichthyan fishes, mainly from coastal California, but also in other areas around the world. In 2002, we started the Pacific Shark Research Center, a collaborative, originally federally-funded, part of the National Shark Research Consortium, including the University of Florida, Virginia Institute of Marine Science, and Mote Marine Laboratory. This consortium was important because it concentrated on research that had management implications and it helped supplement the research that scientists at state and federal (NMFS) laboratories could accomplish.

Originally, the main research focus of our PSRC work was to develop age determination and verification techniques. These involved observing and counting growth zones in
calcified structures like vertebral centra, but also fin spines of some chondrichthyan fishes. We have published numerous papers on the age and growth, some with age
validation, of many species of elasmobranch fishes. Indeed, a whole 2006 issue of the journal Environmental Biology of Fishes was dedicated to this work on sharks, rays and skates. Later, another issue was dedicated to the skates and edited by the present Program Director of PSRC, Dr. David Ebert.

In addition, we have evaluated the temporal periodicity with which these growth zones are deposited by initiating tagging studies, during which we injected live fishes with oxytetracycline (OTC), an antibiotic that concentrates itself in calcifying tissue, and fluoresces under ultra-violet light. This can then be used as a temporal mark in the calcified structure and the growth bands can be counted subsequent to this mark and compared to the time at large prior to recapture. Most of this work has involved field-recaptured fishes, such as angel sharks, leopard sharks, and white sturgeon, but some also focused on laboratory studies. Most recently, we have used bomb-generated radiocarbon in the vertebral centra of several species of elasmobranch to validate the deposition of growth zones or bands in them. Three of the MLML graduate students who did this pioneering work were Allen Andrews, Lisa Kerr, and Daniele Ardizzone, who worked on the vertebrae of white sharks (Carcharodon carcharias) and shortfin makos (Isurus oxyrinchus) and the bomb radiocarbon they accumulated as a result of the bomb tests in the South Pacific in the 1950s and 1960s. These data allowed us to validate the growth zones and ages of these species.

In collaboration with Mexican government and academic scientists, and biologists at Mote Marine Laboratories in Florida, former graduate students Wade Smith, Joe Bizzarro and I, initiated two years of field surveys of the artisanal shark and ray fishing camps in the Gulf of California and Baja California Peninsula. We also did life history studies of selected shark and ray species identified during these surveys. We established a database from which to build upon in future fisheries monitoring, management, and conservation efforts, which are now underway.

The Pacific Shark Research Center (PSRC) no longer has federal funding, but continues to operate under the leadership of Dr. David Ebert (please go to the other PSRC section of this website (http://psrc.mlml.calstate.edu/, and my CV in the Ichthyology Lab section, for further information. Although I officially retired from the MLML and CSU Fresno faculty in July of 2009, I still maintain an active interest in the above research and continue to act as the Program Director Emeritus of the PSRC, Professor Emeritus at MLML and California State University, Fresno, in addition to serving as Associate Director of the Friends of MLML.