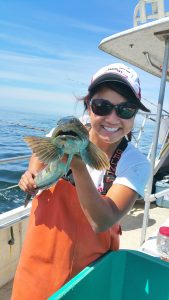 Laurel graduated from UC Santa Barbara in 2010 with a B.S. in Aquatic Biology. After graduating from UCSB, 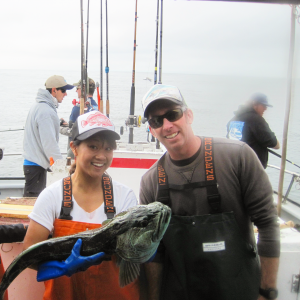 Laurel went on to work as a Scientific Aid with the California Department of Fish and Wildlife on the CA Recreational Fisheries Survey, the Ocean Salmon Project, where she collected and tagged commercially and recreationally caught Chinook hatchery salmon. She also worked on with the Herring Project, where she employed mid-water trawls and cast-nets to collect Pacific Herring from around the San Francisco Bay during the commercial herring season of 2014.

Laurel joined the Ichthyology Lab in fall of 2014 and is interested in the top-down effects of fishing pressures on fish communities, fisheries conservation and policy, and life history and genetic

variations of fish over large spatial scales. Over the summer of 2015 Laurel will begin her thesis work on improving stock assessment of Lingcod (Ophiodon elongatus) using habitat specific life history assessments along the Northeast Pacific Coast, which translates to “fishing all summer long”.

Laurel is also interested in promoting public outreach and science communication. Since 2007, she has worked at several aquariums (The REEF on UC Santa Barbara campus, the Santa Monica Pier Aquarium, and the Aquarium of the Bay in San Francisco) as an interpretive naturalist. She just took on the role of being the MLML’s MARINE Liason (Monterey Area Research Institutions’ Network for Education) and is excited to share and attend workshops, seminars, and courses centered on marine science outreach. 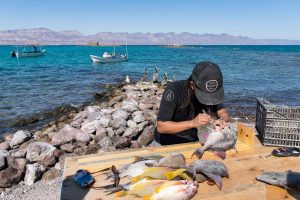 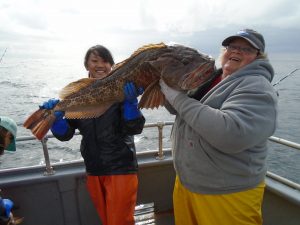