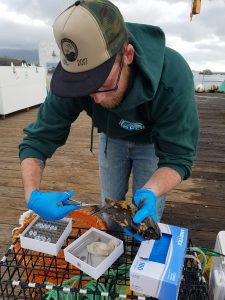 Jacoby graduated from San Jose State University with a B.S. in Biological Sciences and a concentration in Marine Biology. During the last year of his undergraduate studies he found himself interning on a project at NOAA Fisheries, SWFSC Fisheries Ecology Division studying the effects of ocean acidification and hypoxia on juvenile rockfish under the guidance of Evan Mattiasen (current Ichthyology lab member). During this time he also interned for the Ichthyology at MLML and worked on multiple student projects. It was during these internships that Jacoby developed an interest in fishes and how they will respond to future ocean conditions. After Jacoby graduated he became a Laboratory Assistant on the collaborative project at NOAA Fisheries and worked on multiple projects involving climate change and fishes before applying to the graduate program here at Moss Landing Marine Laboratories.

Jacoby joined the Ichthyology lab in the fall of 2017. His thesis involves studying the comparative physiological and transcriptomic responses of developing fish larvae that exhibit two different methods of reproduction, oviparity and viviparity, when exposed to low pH and low dissolved oxygen availability. He hopes that this research will help inform policy makers of the importance of acknowledging climate change and its effect on important ecological and economic species.

Along with his research, Jacoby is working as the graduate student assistant for two broader impacts NSF projects; Polar ICE Sci-I and the Research Experience for Undergraduates (REU). The Polar ICE Sci-I project involves giving teachers of grades 6-9 the resources and support to bring polar data into their classrooms for their students to use and actively go through the scientific process and eventually present their research at a symposium to their peers and local scientists. The REU program reaches out to undergraduate students across the U.S. to come to Monterey Bay and collaborate with researchers in ocean sciences, providing them with research experience and mentorship within the field. 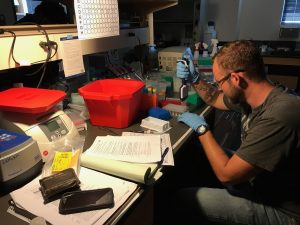 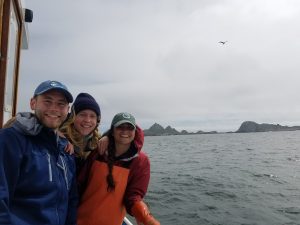 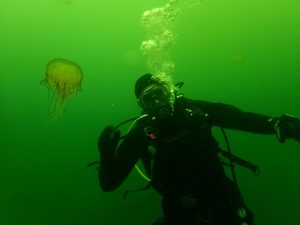