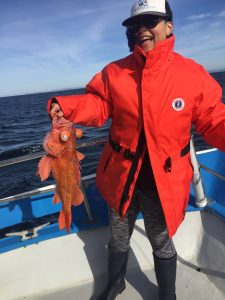 Helaina graduated from the University of California, Santa Cruz, in March 2015 with a B.S. in Marine Biology and a minor in Earth Sciences. During her time as an undergrad, she began assisting with several scientific projects, ranging from intertidal surveys to collecting rockfish genetic samples for PISCO. She joined the Ichthyology lab at Moss Landing Marine Labs in 2017, and will be studying the effects of hypoxia on juvenile flatfish in the Elkhorn Slough. For the past few years, she has been a kayak guide in Moss Landing, leading kayak and paddleboard tours in the harbor and the slough. When she isn’t at work or school, she can usually be found volunteering at the Tuna Research and Conservation Center in Monterey, taking care of bluefin and yellowfin tuna. 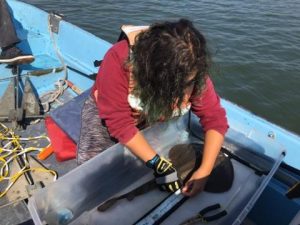 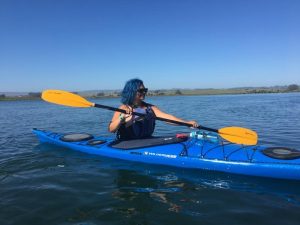