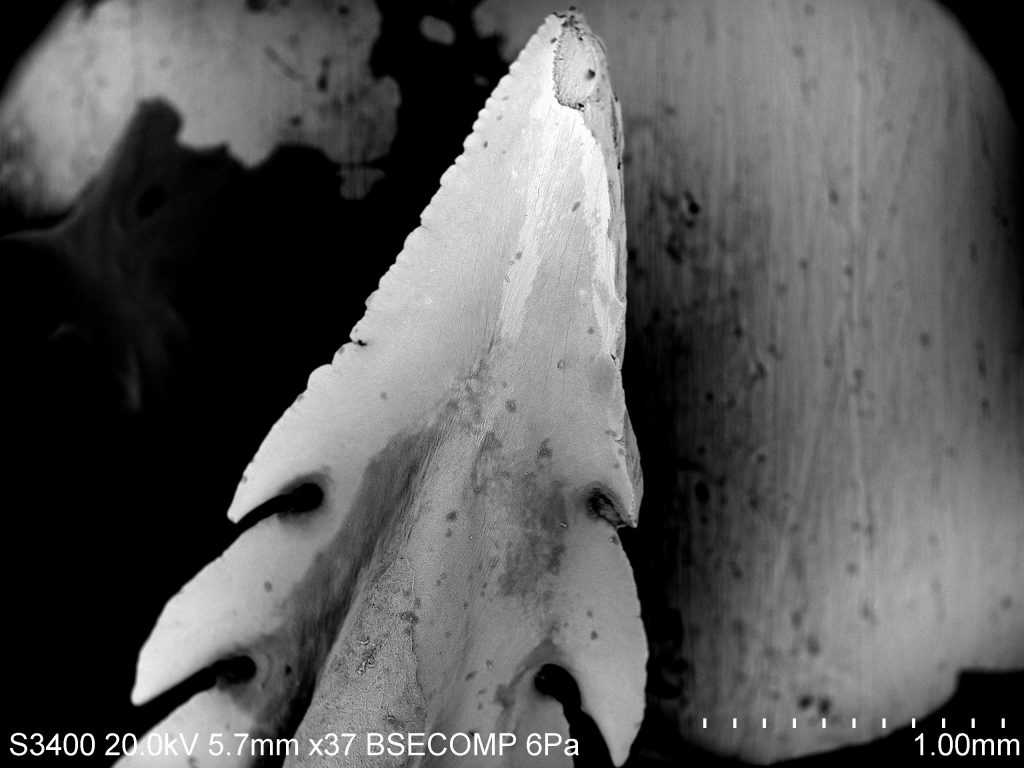 The tip of the barb is the sharpest part of the structure and allows the animal to impale predators.

Although some ray species do not have stingers there is a large portion of the group that have them. These structures are not used to hunt for prey but rather as a way to defend themselves from predators. Occasionally people have interactions where they are stabbed by them and it can be a serious situation. 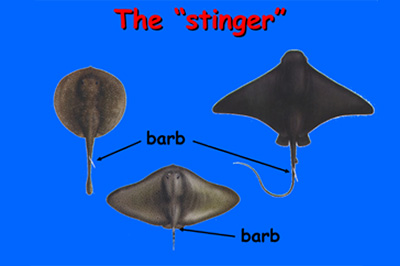 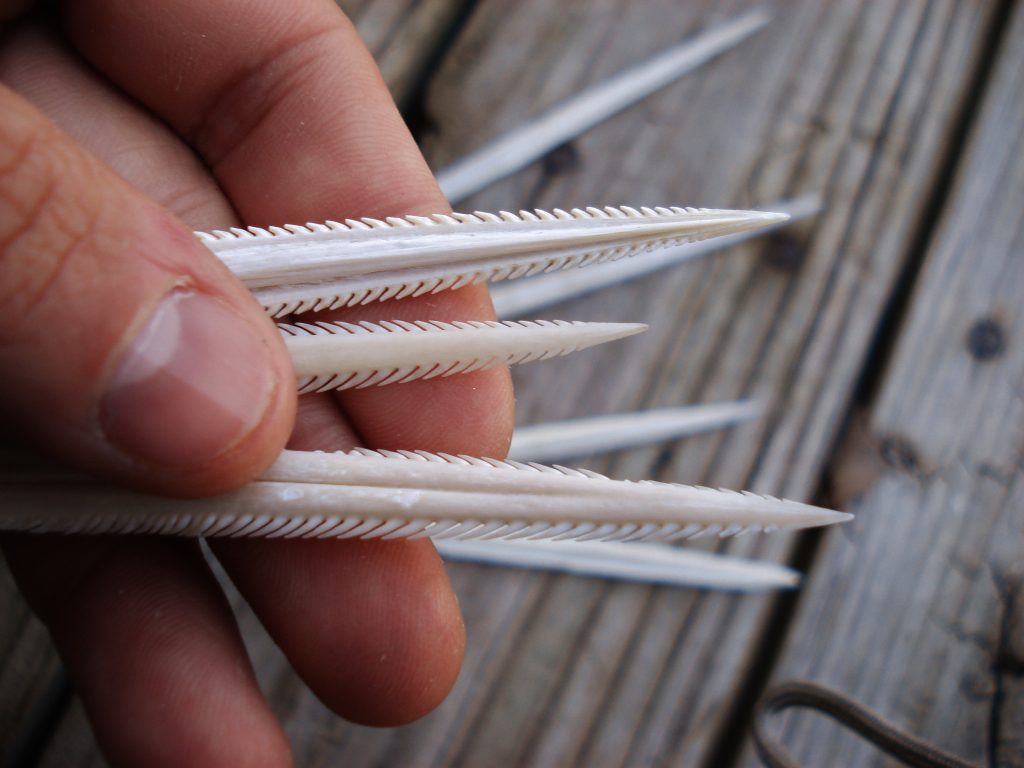 The manta ray (left) is a species that is well known and is absent of a barb. The barb is commonly located at the base or close to the base of the tail (right)

Back in April of 2015 I had an interaction with a bat ray where I was stung in the arm. The initial pain was brief and my adrenaline began to kick in. I asked my friend to take the barb out immediately and thinking about it I may have wanted to keep it in. When thinking about the barb it’s in the shape of a Christmas tree almost. The barb has a sharp point in the top and it’s followed by a series of serrations facing the opposite side of the initial point and taking it out could do more damage than leaving it in, but I was in survival mode and I wanted it out of my body.

This is an image showing the anatomy barbs come in. The darker sections labeled with the number 1 is where the venom glands are located. The number 2

For this post I wanted to look at a barb under the SEM from the same species that stung me and get an appreciation for this defense mechanism. As seen in the second and third picture there are variations in shape and size and it helps with species identification if that is wall that you have to work with. In my ichthyology class we dissected bat rays, where I collected one of the barbs. I also used the Oblique analysis tool to get a three dimensional image of the barb. Can you tell where the venom gland would be located on the barb in relation to picture 3? 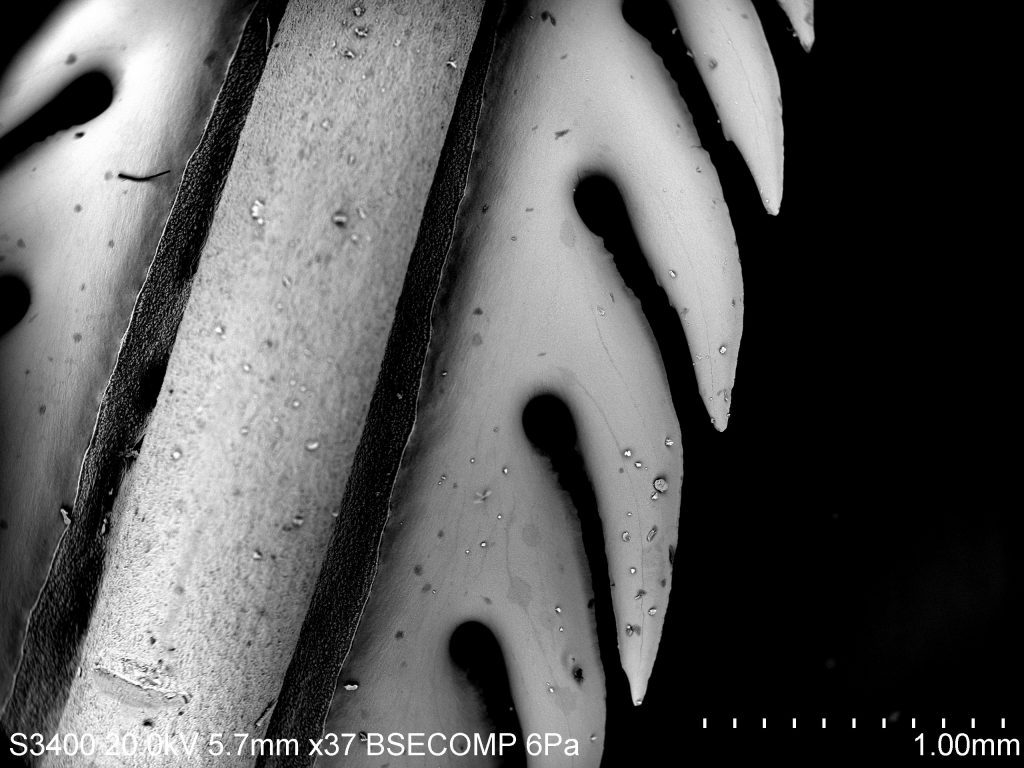 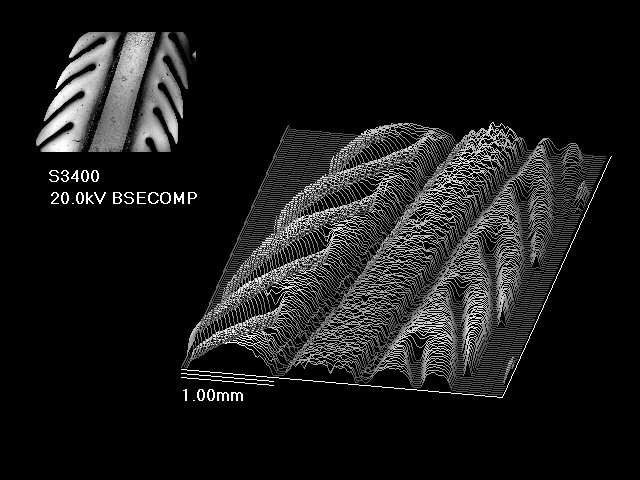 These are the images of the barb that specifically focuses on the serrations. The serrations on this structure help the ray increase its capacity of damage if the barb is pulled out.

Image sources in order starting from the top: