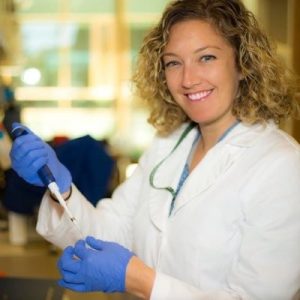 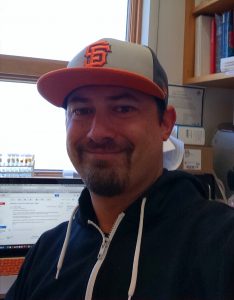 Nilo is a Research Technician who has been involved in oceanographic field and lab work since 2006. He completed his undergraduate degree in Marine Biology in 2005 from University of California Santa Cruz, and the following spring started working as a Research Assistant at the Monterey Bay Aquarium Research Institute (MBARI). For the next 3.5 years, he worked in Chris Scholin’s lab on the E.S.P. project, which is an automated in situ sample acquisition and processing device for interrogating natural waters. Subsequently, Nilo went on to pursue his Master’s degree in Ocean Science under Professor Raphael Kudela. While working on his degree, Nilo was involved in a weekly monitoring of the phytoplankton community at the Santa Cruz Municipal Wharf and used these data for his thesis entitled “A Modified Protocol For Monitoring Silicic Acid Uptake In Natural Phytoplankton Assemblages”.

Nilo has been working in the Welschmeyer lab testing ballast water efficacy. He specializes in identification and enumeration of phytoplankton using epifluorescence microscopy. 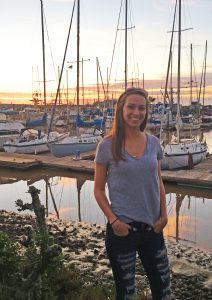 Holly graduated from the University of Missouri – Columbia (MU) in May of 2016 with a bachelor’s degree in Biology. During her time at MU, she worked as an undergraduate researcher in Dr. Elizabeth Bryda’s comparative medicine lab in the Department of Veterinary Pathobiology. Under Dr. Bryda’s mentorship, Holly contributed to several ongoing experiments concerning anxiety and stress-related behavior in zebrafish (danio rerio), while also conducting her own experiment studying the effects of exposure to a common parasitic microsporidian, Pseudoloma neurophilia, on zebrafish larval behavior and mobility.

In her last two years of undergrad, she developed a particular fascination for studying aquatic and marine science. Holly joined the biological oceanography lab immediately following graduation, in the fall of 2016. Since then, she has worked in the IT department, and as a graduate assistant, and plans to participate in ballast water testing experiments. During her time at MLML, she is interested in studying the effects of augmented dissolved organic carbon concentrations on marine bacterial communities and their relation to ballast water regulation, while also pursuing more interdisciplinary topics of marine science. 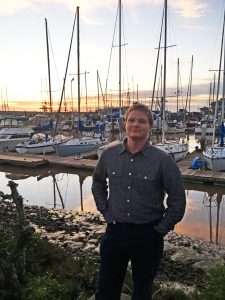 Sean graduated from Hawaii Pacific University with a bachelor’s degree in marine biology in the spring of 2016. While at HPU, he worked with Dr. Kristi West and the Marine Mammal Stranding program, which didn’t influence his area of studies but was used as a way to gain more experience in Marine Biology.

As of fall 2016, he became a member of the biological oceanography lab. Since joining the lab, he has begun work using the flow cytometer, and has become a graduate assistant to Nick Welschmeyer. Primarily, his interests lie in the size distribution, as well as species distribution, of phytoplankton between ecosystems. 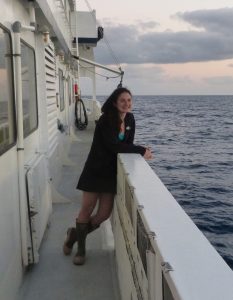 Sierra received a B.S from Cornell University in Environmental Science and Sustainability with a concentration in Applied Ecology and Environmental Biology and minor in Marine Biology in May 2016. She also had the opportunity to do an REU at Cornell Biological Field Station, where she assisted in a comparison study of zooplankton grazing rates at the epilimnion and the deep chlorophyll maximum layer. In addition, Sierra interned with Oceana and The Nature Conservancy’s Hawaii Program.

Since joining the Biological Oceanography lab in fall 2016, she has participated in an 8-day research cruise with MBARI studying biochemical parameters of the water column.  Her current research interests lie in exploring the effects of transition zones on primary productivity and phytoplankton biodiversity. She is also interested in using the ATP assay for measuring growth rates of phytoplankton in nutrient-limited environments. 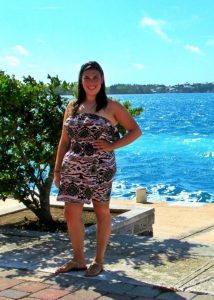 Cynthia graduated from the University of Rhode Island in May of 2017. She received a B.S in Marine Biology and a B.S. in Geological Oceanography. While at URI, she worked with Dr. Susanne Menden-Deuer in a plankton ecology lab. While in the lab, she worked with a Master’ student studying growth and grazing dynamics of plankton. Cynthia also had the opportunity to take part in an REU at Bigelow Ocean Science Laboratories working with Dr. Michael Lomas and Dr. LeAnn Whitney. There she looked at nutrient-limited phytoplankton by manipulating the type of phosphorus found in the culture. She looked specifically at dissolved organic phosphorus and dissolved inorganic phosphorus found in the ocean and looked to see how the phytoplankton grew. She was given the opportunity to present this research at the 2017 ASLO (Association for the Sciences of Limnology and Oceanography) conference in Honolulu, Hawaii.

In the fall of 2017, she became a member of the biological oceanography lab. Her interests lie in the nutrient limitations in phytoplankton. 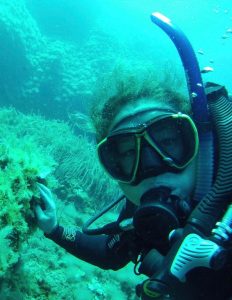 Jasmine is a research technician for the Biological Oceanography lab at MLML. She received her B.S. in marine and coastal ecology at CSUMB in 2007 and her M.S. in Marine Science at MLML in 2014. During 2008, she spent a field season scuba diving on the oil platforms in the Santa Barbara Bight assessing rockfish populations. She also helped efforts in re-establishing eelgrass in the Elkhorn Slough and was a restoration supervisor in terrestrial mitigation work around the Moro Cojo Slough. Her interests include but are not limited to: both macro and micro autotrophs, photosynthesis, ATP, scuba diving, habitat restoration, and collecting beach glass. She has been working with the MLML Ballast Science team for 3 years on various research cruises and loves time at sea. 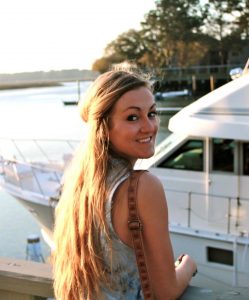 Natalie graduated from North Carolina State University in spring 2015 with a bachelor’s degree in marine science with a concentration in biological oceanography and a minor in zoology. During her time at NC State, she had the opportunity to do a research experience for undergraduates at the University of South Carolina in Dr. Seth John’s marine trace elements lab. At USC she studied the growth and death rates for viral infected, nutrient limited Synechococcus by using flow cytometry and fluorometry.

In fall 2015, she joined the biological oceanography lab. Since that time, she has worked as a research assistant, teaching assistant and has participated in ballast water testing experiments. For her thesis, she is looking into if ATP content per cell in phytoplankton varies by nutrient stress.